Home News The Vespa 946 Christian Dior Is A Limited-Edition Scooter Which Could Cost A Bomb!

It isn’t a new thing for Vespa to collaborate with renowned designer brands around the world to roll out limited-edition scooters. Brands which have a cult following in the fashion industry too look forward to partner with Vespa because let’s admit it, Vespa has a rich legacy and retro appeal which is unmatched in the scooter industry. In 1946, the design world was changed forever. Christian Dior launched his eponymous couture house and Piaggio released the very first Vespa. These two glorified brands have joined hands to come up with an ultra-limited edition Vespa 946 Christian Dior scooter.

Based on the Vespa 946 which was first presented in 2012 in Milan, the Christian Dior has been designed by Maria Grazia Chiuri, Creative Director of Dior women’s collections. The scooter is made in Italy, adhering to the exacting standards, commitment and precision of a couture atelier. As expected, the ride retains its elegant, streamlined curves and a practical step-through frame that is quintessentially Vespa but has a good dose of Dior. 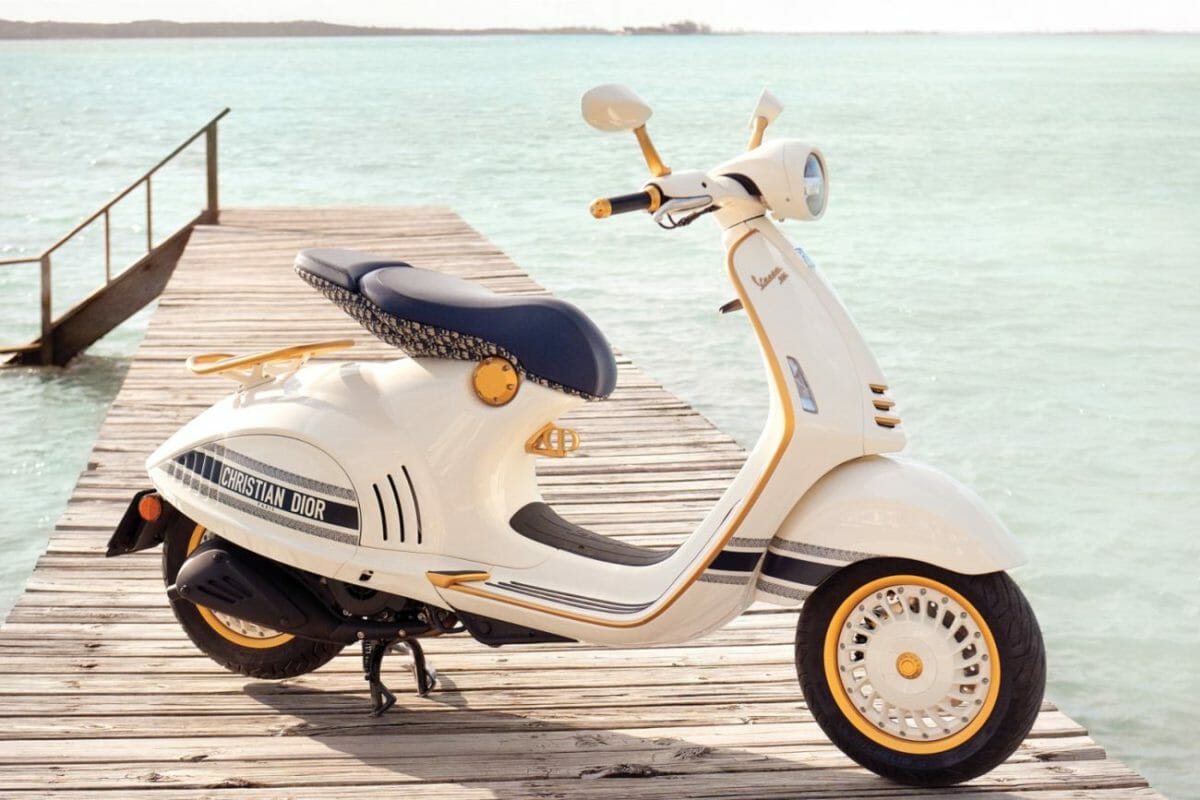 What makes it special?

The colour of the Vespa 946 Christian Dior body is an exclusive shade made by Dior’s creative Department, as well as the gold colour for the finishing touches. The saddle is in real blue-leather with ton sur ton seams; the handles are covered with blue- leather and the seams are ton sur ton. The saddle support is realized with a “Dior Monogram” original fabric upholstery. On the right side of the vehicle, there are some exclusive decals with the “Christian Dior Paris” logo, although on the left side there is the possibility to personalize it. The hook placed under the saddle has the exclusive “Christian Dior” logo. Echoing the design of the saddle, a top case patterned with the Dior Oblique motif – designed by Marc Bohan in 1967 – is specially designed to be fixed on the luggage rack, adding a distinctive allure. A helmet adorned with the same iconic motif rounds out the unique range. The accessories, including the helmet and top case, will be available exclusively in Dior boutiques. 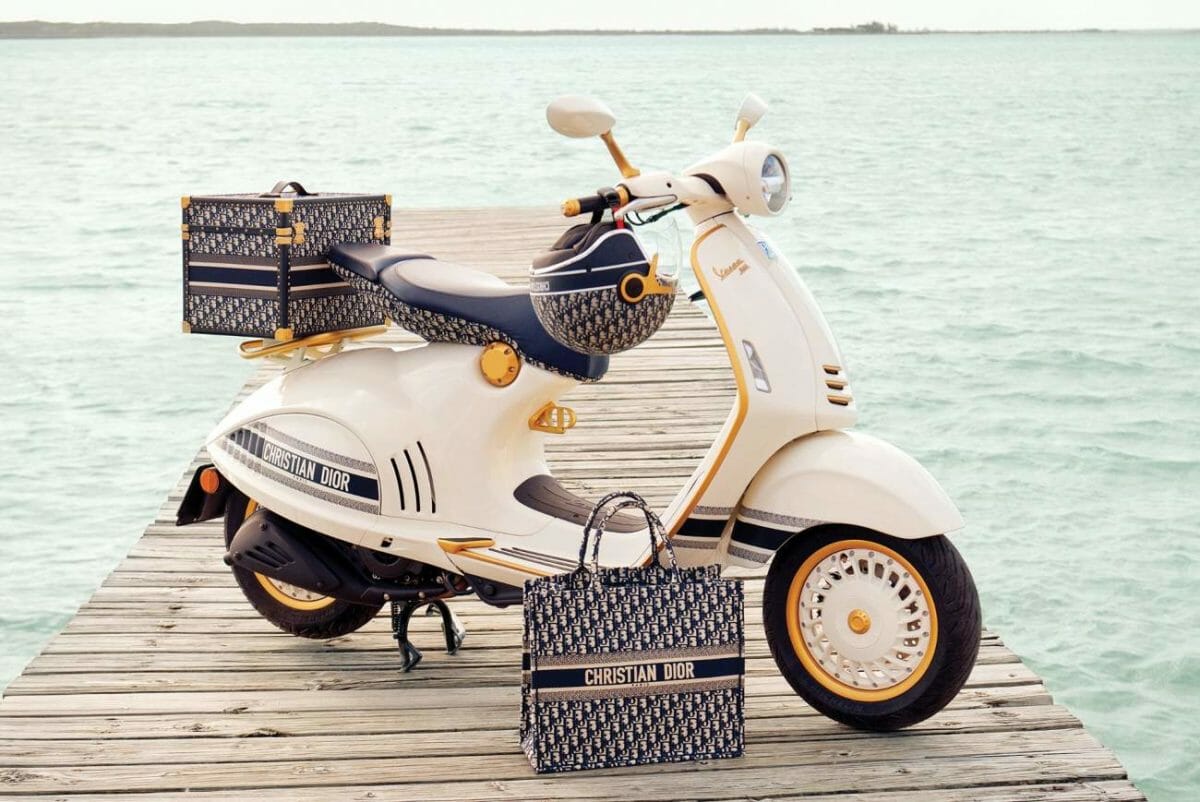 Michele Colaninno, CEO of the Immsi Group and Piaggio’s Chief of Product and Marketing Strategy, said, “In these unprecedented times, it is great to be able to dream of a better future. The House of Dior opened its doors in 1946 in Paris, the same year that Vespa made its debut in Italy. This new Vespa 946 celebrates that anniversary and honours our heritage. Today, like yesterday, we have gone through a dark period and now we are joining forces to share some joie de vivre through a combination of style and craftsmanship. This partnership between Vespa and Dior represents a celebration of beauty.”

Maria Grazia Chiuri, Creative Director of Dior’s women’s collections, said, “I was very excited about this project with Vespa. For me, Vespa is linked to my city, Rome. It’s linked to the freedom to move around the city with ease, like in the film Roman Holiday (1953), which has left that extraordinary image of Audrey Hepburn clinging to Gregory Peck on a Vespa forever etched in our collective memory. I have so many happy memories starring a Vespa. It’s how my husband and I used to get around Rome and go to the seaside in Fregene. It’s a symbol of Italian-ness that is intricately linked to my personal history, and it’s now part of my professional life at Dior.”

Also Read: BS6 Vespa Notte 125 Launched As The Most Affordable Vespa In India

The Vespa 946 is powered by a single-cylinder 125 cc 4 stroke, 3-valve, air-cooled engine with electronic injection. The motor is good enough to churn out 11.6 hp and 10.7 nm. With this example, it isn’t the first time that Vespa has partnered with a designer brand. We still remember the ultra-exclusive and ultra-expensive Vespa 946 Emporio Armani edition.