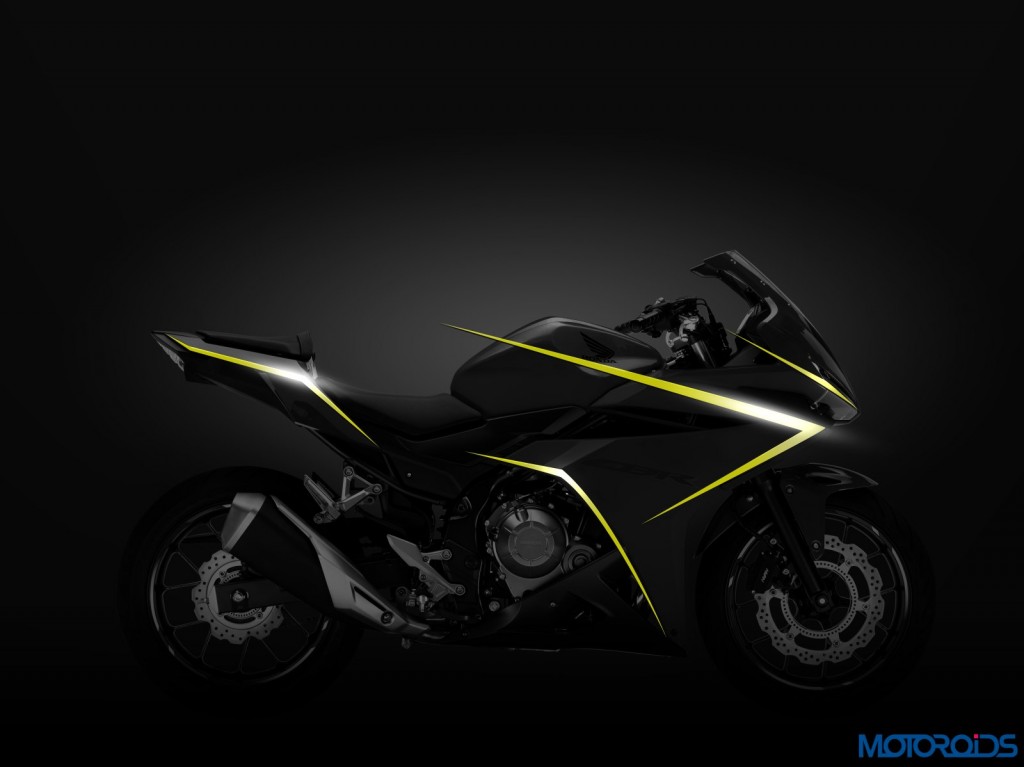 Honda seems to be into overdrive at the moment- from the aggressive CBR250RR to the new CB Twister 250 rolling in a matter of few days, the latest shocker from Honda comes in form of the new 2016 Honda CBR500R.

Though the underpinnings would be carried over from the existing CBR500R, the styling is something that hits centre stage. The 2016 Honda CBR500R is based on an “Aggressive Speed Shape” theme and the design does justify the aggression thesis. The hostile look of the twin LED headlamps placed over a pair of air scoops with an angular upswept theme carries right from the head right till the LED tail.

Upgrades to hardware include the front suspension now available with adjustable pre-load, a larger fuel tank, a stubbier upswept exhaust unit for mass centralization internally tuned for a crispier exhaust note. The fuel tank gets a new hinged fuel cap and the ignition key has been given a “wave-style” treatment.

The 2016 Honda CBR500R as earlier is aimed towards the A2-compliant licenced riders and would be offered in a variety of colour schemes. The new CBR500R will make its official public appearance at the American International Motorcycle Expo in Florida that starts from 15th of October 2015.

The press release from Honda states “Honda Motor Europe is pleased to announce a comprehensive range of upgrades for the CBR500R, its sports middleweight first launched for the 2013 sales season. The CBR500R’s combination of lively performance and sports styling has earned it widespread popularity both among riders stepping up from smaller machines and experienced riders looking for all-round sporty capability.”

Similar styling and hardware upgrades can be expected for the CBR500X and the CBR500F too.