Home Features The Smart ForRail is the world’s smallest train 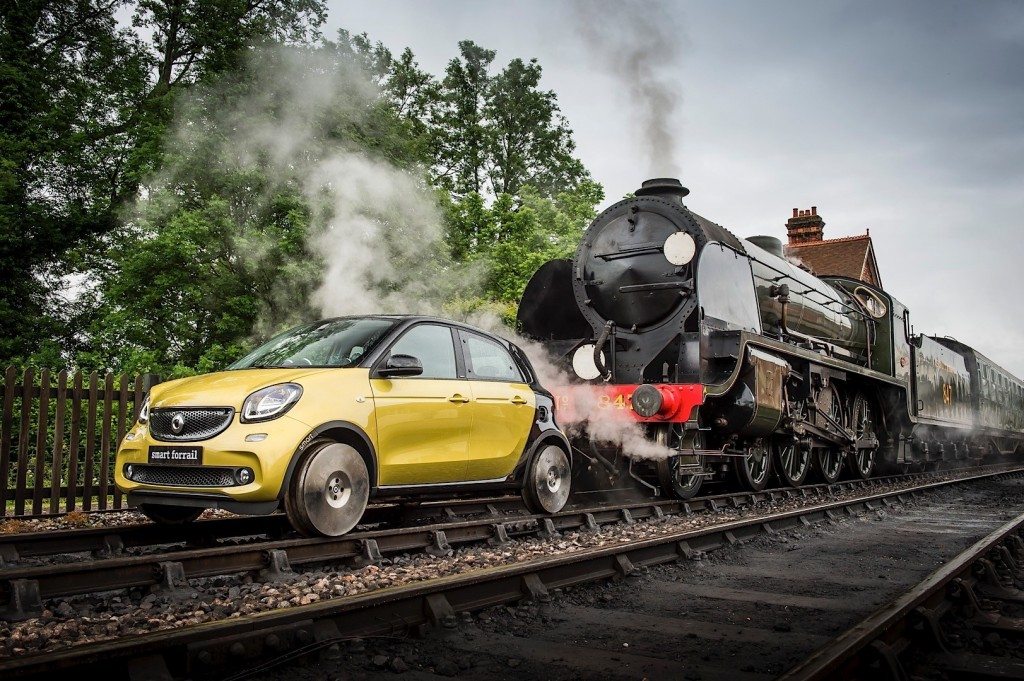 Smart thinks the smartest way to commute is smarten up a Smart to drive on rails. And for the Smart forfour’s latest commercial, they did just that. The Smart “forrail” is the forfour’s rail-road going alter ego, and according to its maker, its also a fully certified mini-train.

Now, contrary to regular thought, Grand Theft Auto and James Bond, removing its tires and putting a car on rails by virtue of just the wheels, isn’t feasible in real life at all, because the car will almost immediately come off the rails. 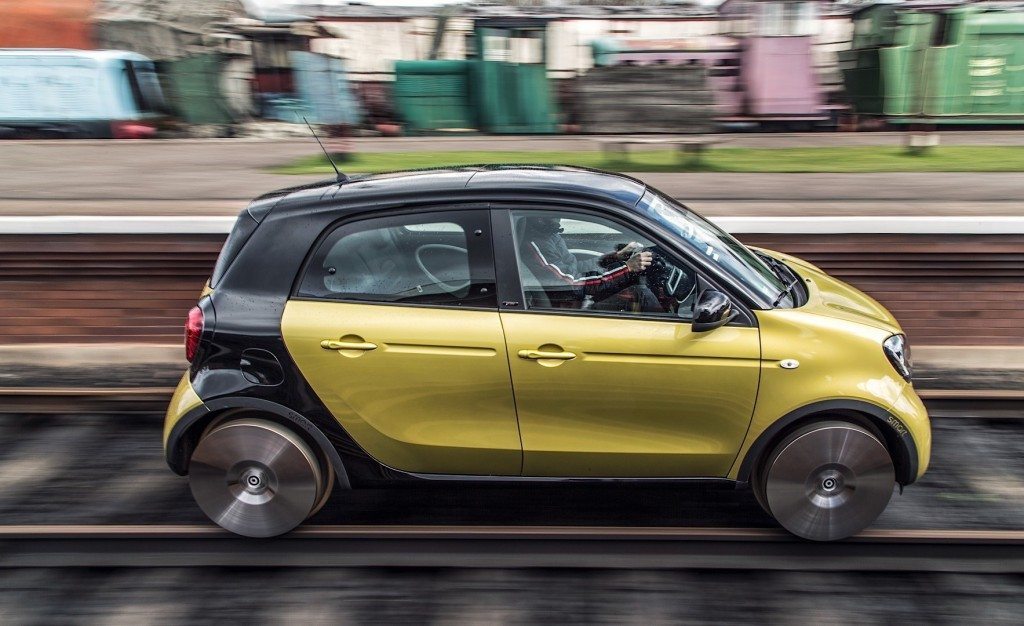 The “forrail” was conceived in six months, and though Smart acknowledges it as a “light-hearted, one-off experiment”, it’s been significantly re-engineered to be able to perform on iron. For starters, the engineers disconnected the steering altogether, in order to let it drive on rails.  To avoid any steering movement, aluminium supports were welded between the axles meaning the wheels are locked in position.

The forrail’s running gear has been designed by Interfleet, a specialised British train engineering business based in Derby, the team – who usually work on 16-litre, 70-tonne diesel locomotives. They had to employ a new approach to the challenge presented by a 999 cc, one-tonne Smart. 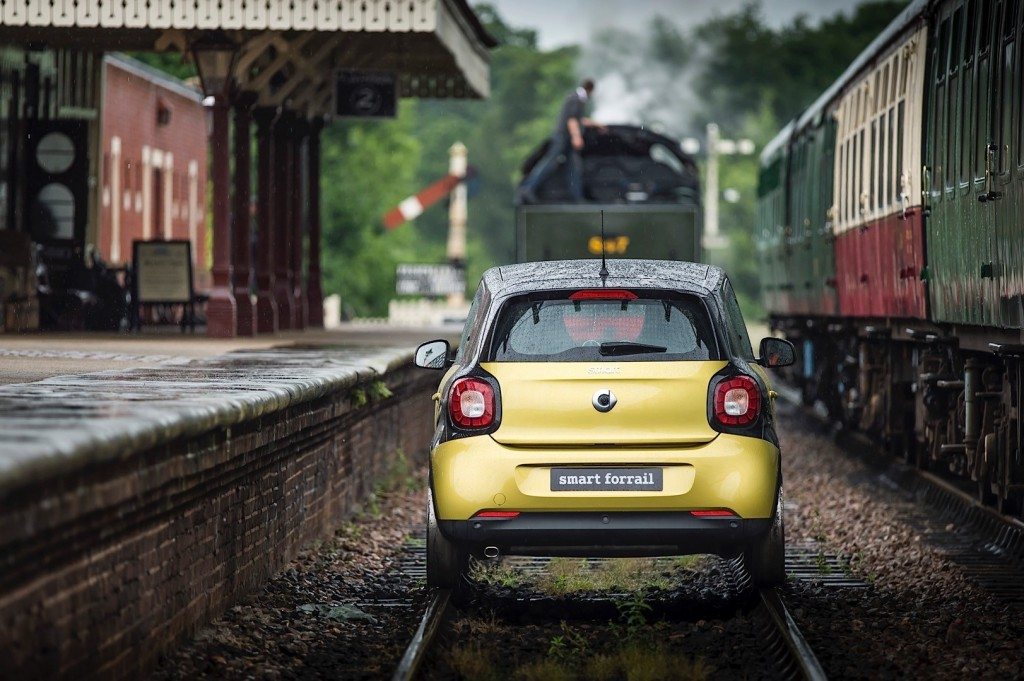 Under close supervision, the smart forrail tentatively took to the tracks at the weekend on the privately operated Bluebell Railway. The car on rails successfully traversed the 10-mile stretch of railway, cutting a direct route through Sussex, much to the amusement of commuters, train watchers and enthusiasts.

Shortly after, the forrail reverted back to its forfour, road-going self. Smart says that the forrail can drive from London to Aberdeen non-stop for as little as £39 (INR 3904.35) – a 540 mile journey. Smart thinks that it stands a good chance of being the ultimate commuting machine, were it not for one obvious rival – the train.

Watch the commercial below :