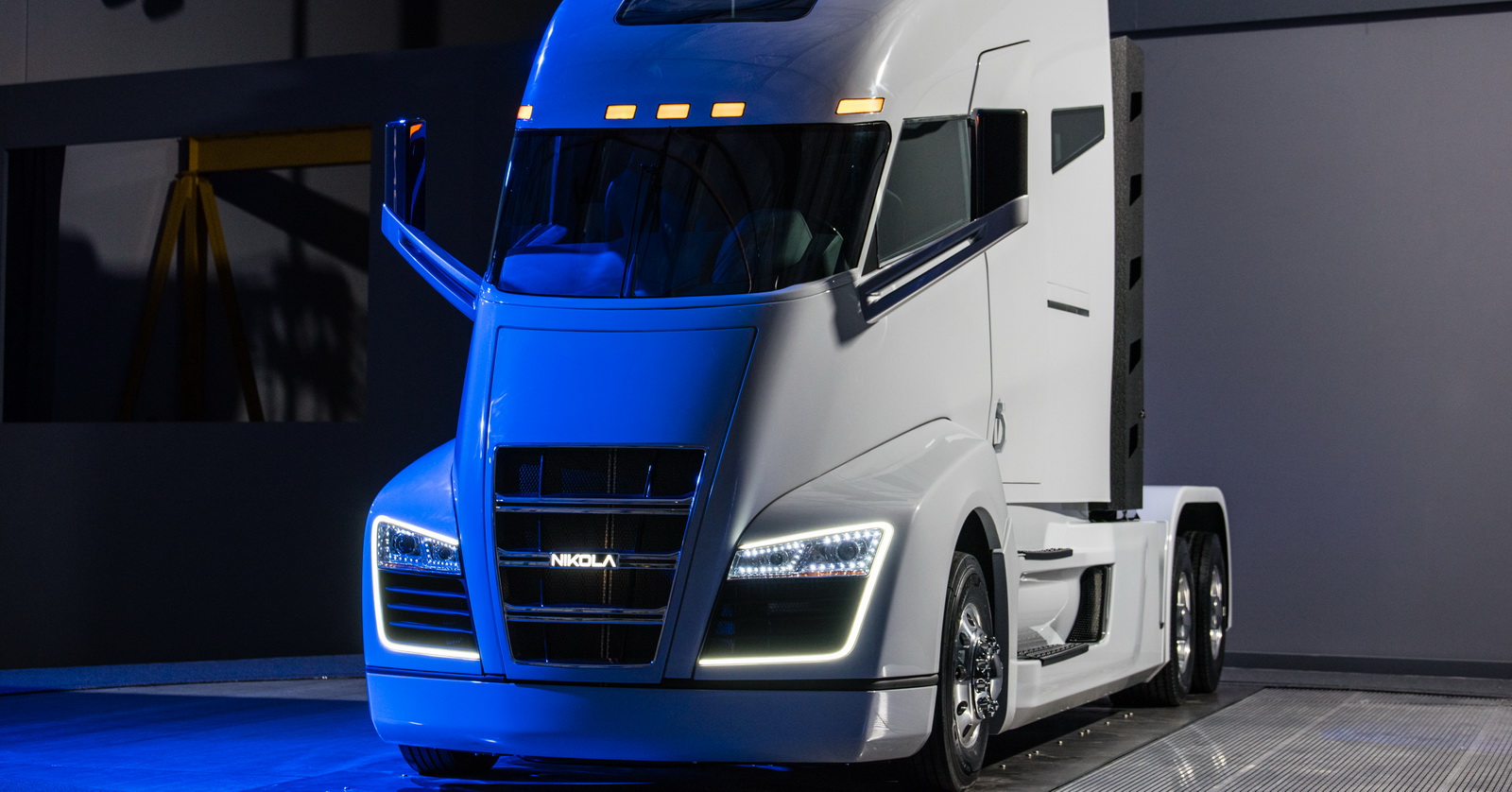 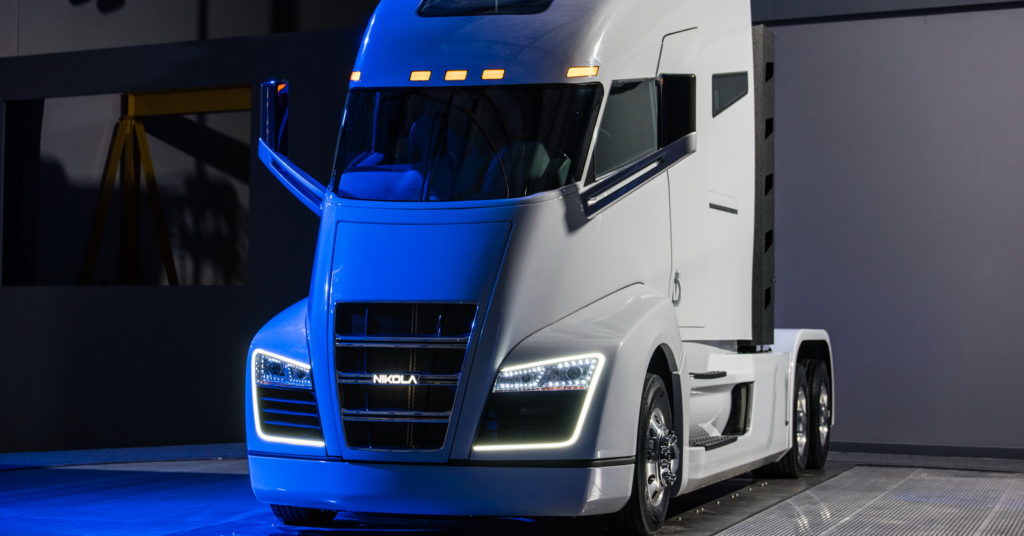 After being previewed earlier this year, the Nikola One has been finally presented in the flesh. The hydrogen-electric semi-truck was unveiled at the company’s headquarters in Salt Lake City.

The Nikola One, the first of its kind in the world, is powered by four electric motors that are fed by a 320-kWh lithium-ion battery incorporated into the frame rail. The battery bank (3x the pack size of a Tesla Model S P90D) is charged by a fuel cell, which needs fuel. That’s where hydrogen comes in. The fuel cell outputs nearly 300 kilowatts (kW) of clean energy straight to the batteries, keeping them charged. As for the hydrogen, Nikola claims that there is enough of it on board to power this truck up to 1,200 miles (1,931 km) without stopping to fill up. 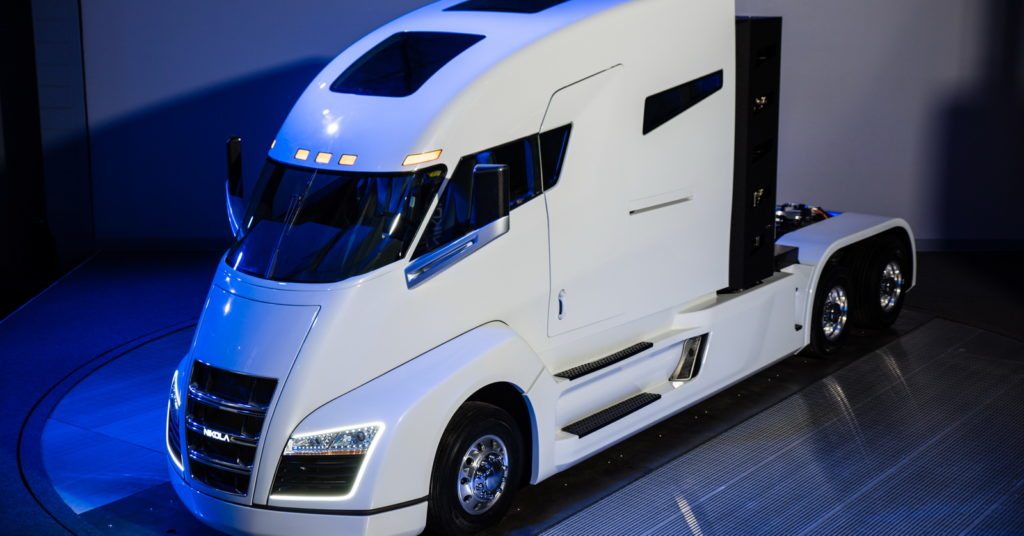 Other highlights of the One include four gearboxes (one for each powered wheel), a 800 volt chiller that provides cold water to cool the batteries, radiators with massive electric fans, an aluminum fifth wheel, and a sophisticated power-electronics box that takes 200 kW of energy, cleans it up, then dumps it in the batteries at a constant 800V DC – keeping the batteries topped off when needed. 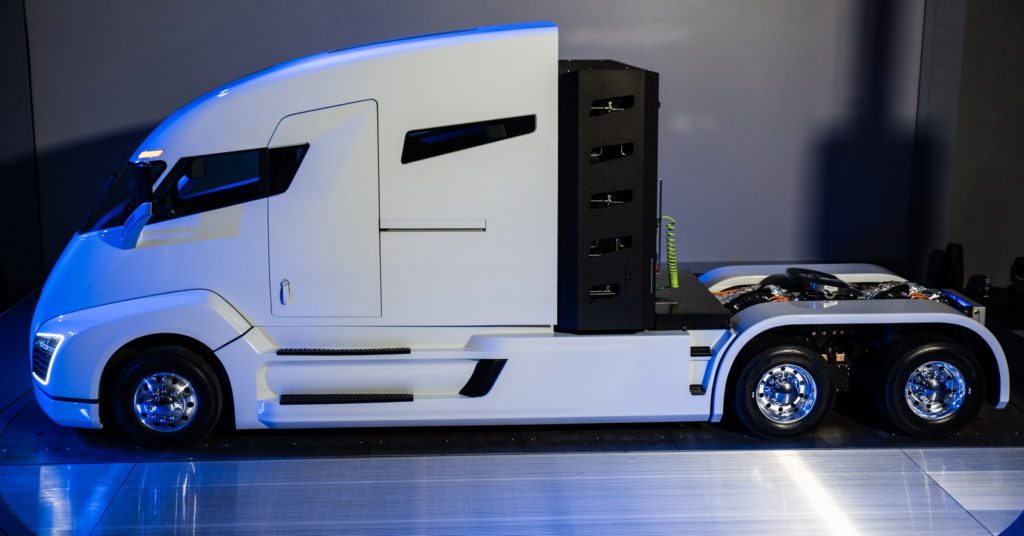 Nikola Motor is planning to give customers unlimited miles and free hydrogen fuel, as part of a special leasing program. Under this program, prospective buyers will have to pay a monthly lease between $5,000 and $7,000 (for 72 months) for the One, depending on the specified trim, that allows them to trade it in at the end of the program, or 1,000,000 miles (1,609,344 km), whichever comes first, without being charged.

All said and done, Nikola Motor is yet to open a factory, whose location is to be determined in the first half of 2017. The company also plans to begin the construction of 364 hydrogen stations from January 2018, in the US and Canada, that will be responsible for providing the free fuel for the first 1,000,000 million miles for any of the trucks in the ‘Complete Leasing Program’.

Following the One, a more affordable version of the it, dubbed Nikola Two (gallery below),is also in the works.