Kawasaki has been teasing a new motorcycle, which will be a naked version of their supercharged flagship, the H2. Fitting itself in the ‘Z’ lineup, the bike is slated for a global reveal on the 23rd of October. However, a series of spy shots which have captured the bike in a transport crate, have brought to light some details of the upcoming bike. 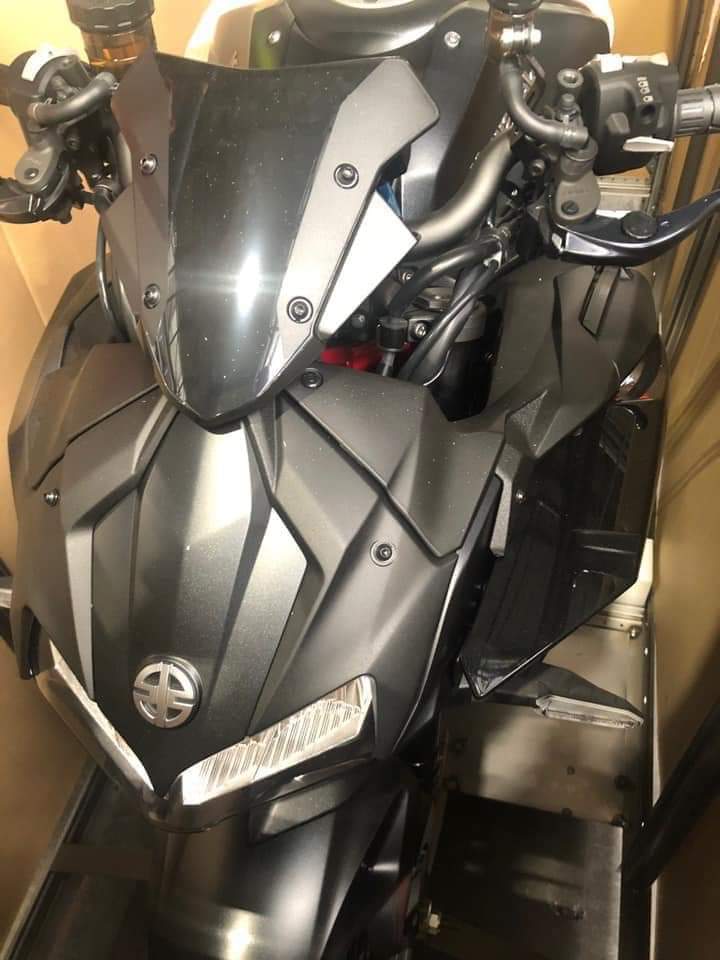 Featuring a dropped-back, single-pipe handlebar instead of clip-ons, the Kawasaki Z H2 as it will be called, will feature a Z1000-like fascia, replete with mean-looking LEDs. Cutting an aggressive picture, the fascia appears to flaunt a split headlight setup, where the entire nacelle sits in a position which is lower than the bars and closer to the fender, compared to most motorcycles. The visuals are lent some more aggression by sharp tank extensions, what appears like wings to enhance downforce, and body panels which will be pasted with subtle, contrast-coloured decals. 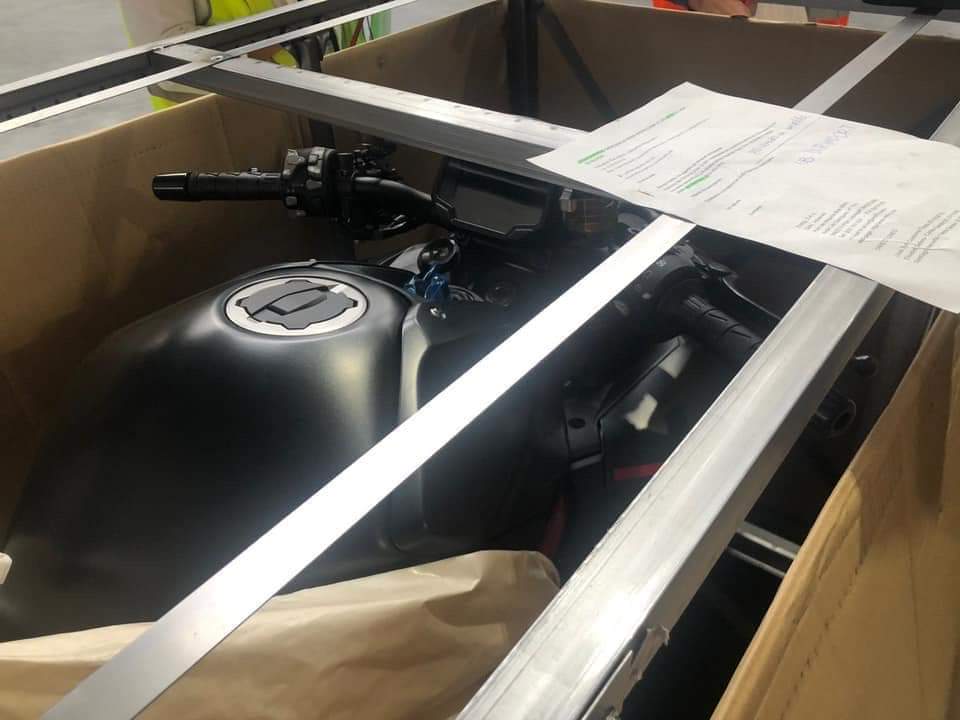 A tiny flyscreen protects an all-digital instrument console, while the rear section for this naked H2 appears more civil for accommodating a pillion seat. The exhaust system is different than the one seen on the H2 as this new motorcycle will in all probability be Euro 5 ready and feature many cat cons in its pipes. The Kawasaki Z H2 will also continue with the same trellis frame architecture which will be painted in a bright colour and stand out in contrast from the rest of the painted panels. 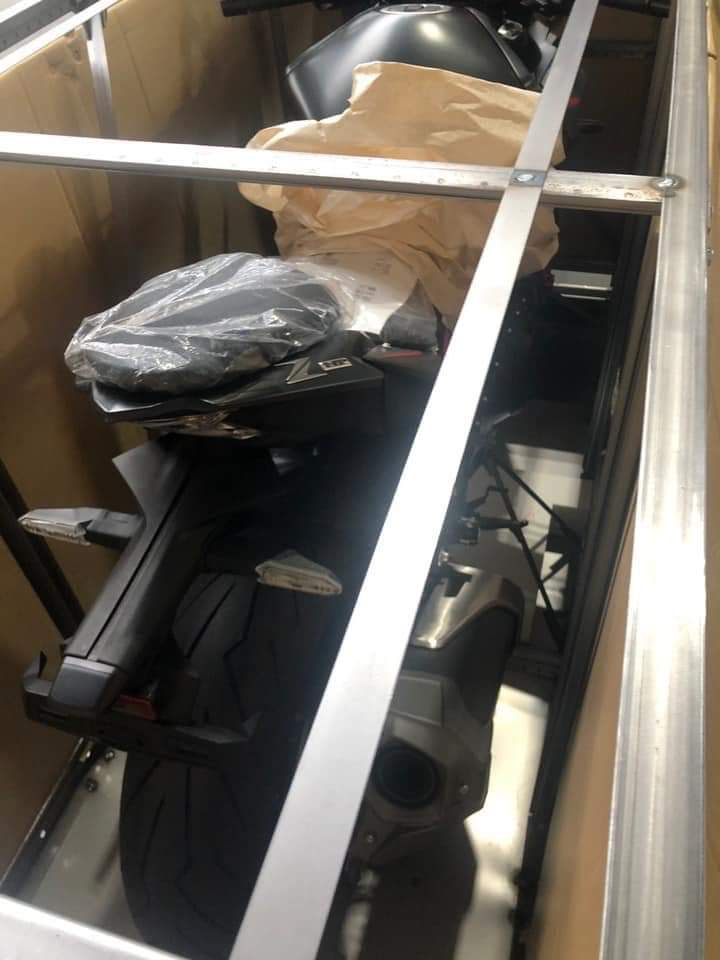 Specifications of the bike aren’t out yet, however, we expect the Kawasaki Z H2 to be powered by the same monster motor which powers the H2 and with its supercharger, cranks out 200 Hp+. For its application here, it will in all probability be re-tuned for a stronger mid-range and the gearing could be altered to support just that, instead of a higher top whack. The Z H2 might not feature Brembo’s Stylema monobloc calipers which are the Company’s latest, high-spec, street-use calipers which come fitted on the H2. Instead, Brembo-sourced M50 units or something similar could be handling braking duties. We’ll come back with more details closer to the launch of this machine. Stay tuned.