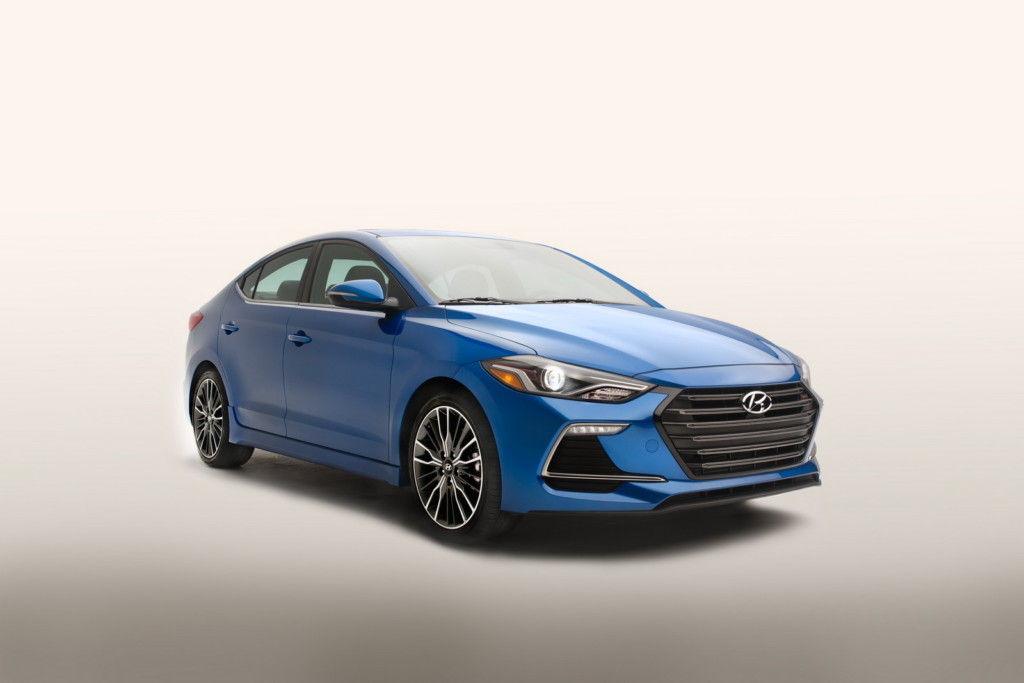 The 2017 Hyundai Elantra Sport is here, and as the name suggests, its the sportier derivative of the the Korean mid-size sedan’s latest incarnation. It is more or less similar to the Avante Sport, as it is called in South Korea, and has already been launched there last month. The Elantra Sport is powered by a turbocharged 1.6-liter four cylinder petrol engine that produces 200 hp and 260 Nm of torque (1 horsepower and almost 7 Nm of torque less than the Avante Sport). Power is sent to the front wheels with either a 6-speed manual or 7-speed dual clutch transmission, while a new multi-link suspension setup holds up the rear. 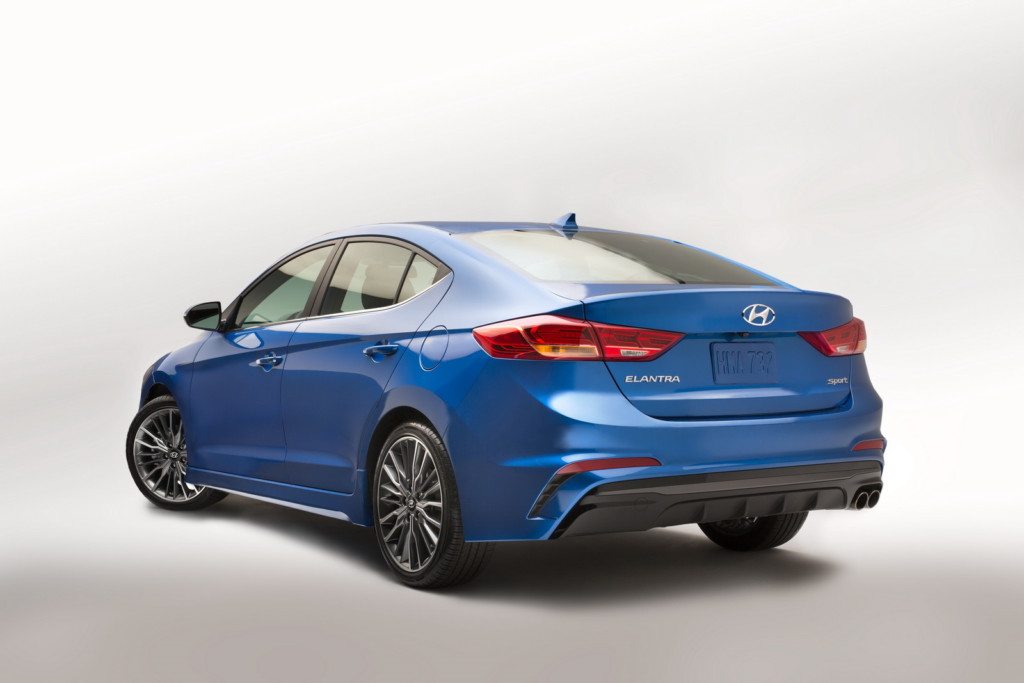 Exterior upgrades in the Elantra Sport come in the form of an aggressive, new front bumper with gaping air dams on either side of the trapezoidal grille that now features blacked out borders and slats. The fresh bumper-work also lays the ground for LED fog lamps and slim chrome trims that ‘float’ across the giant air dams. New side skirts adorn the sides, while the rear end gets a sportier bumper with a diffuser like mid-section and dual exhaust tips. Bigger, multi-spoke wheels fill up the Sport’s arches. 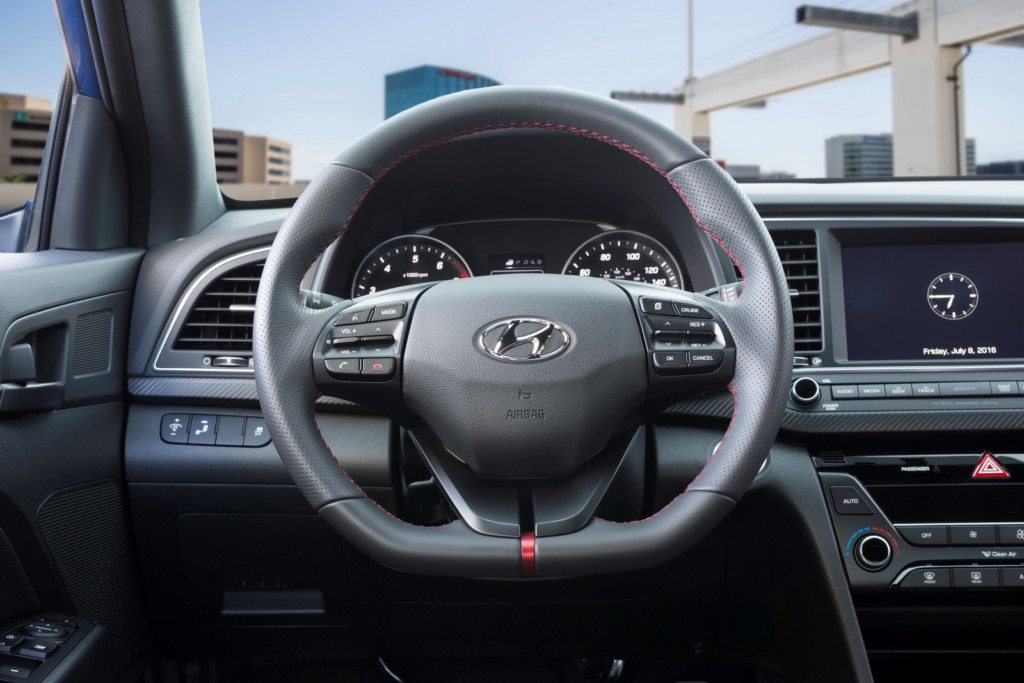 The subtle upgrades continue inside the cabin which now features a flat-bottom steering wheel, sports seats and red contrast stitching. Hyundai didn’t reveal any more details on the performance or pricing of the new 2017 Elantra Sport which will become available in the US in the fourth quarter of 2016. The new Hyundai Elantra Sport will be pitted against lukewarm hatchbacks and sedans like the Ford Focus ST the VW Jetta GLI respectively.