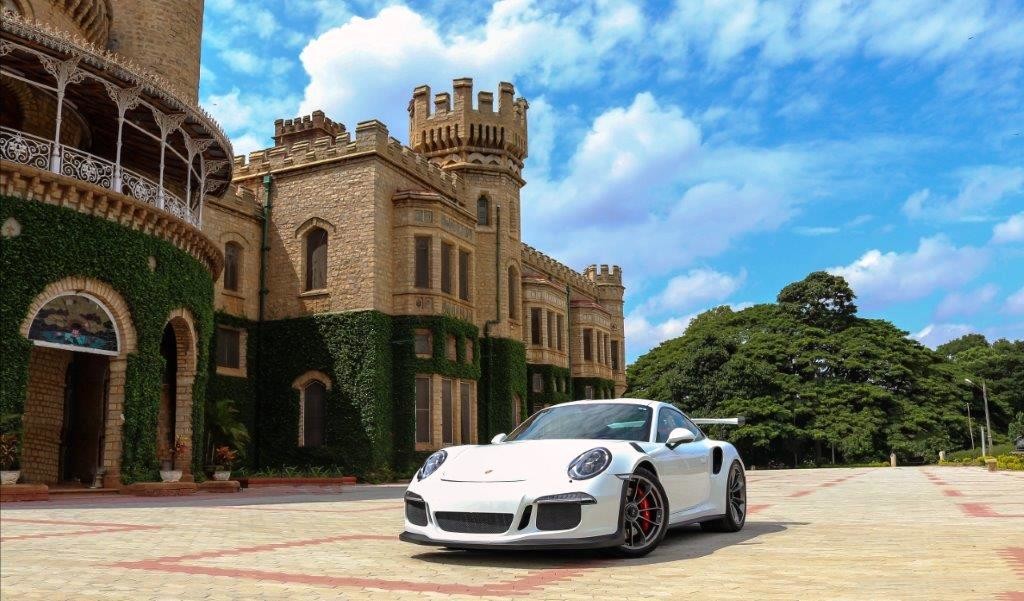 Porsche India has announced the arrival of the new 911 GT3 RS in India at Porsche Centre Bengaluru. Launched internationally in 2015, the GT3 RS is already a hero, with a lap time of seven minutes and 20 seconds that beats the record achieved by the Carrera GT super sports car on the North Loop of the Nürburgring by nine seconds. Indian prices for the Porsche 911 GT3 RS are yet to be announced.

Building on the already focused 911 GT3, the GT3 RS is powered by a four-litre six-cylinder engine with 500 hp and 480 Newton metres of torque, combined with a specially developed PDK transmission. The engine, which has the largest displacement and most power of any naturally aspirated engine with direct fuel injection in the 911 family, accelerates the car from zero to 100 km/h in 3.3 seconds and to 200 km/h in 10.9 seconds. 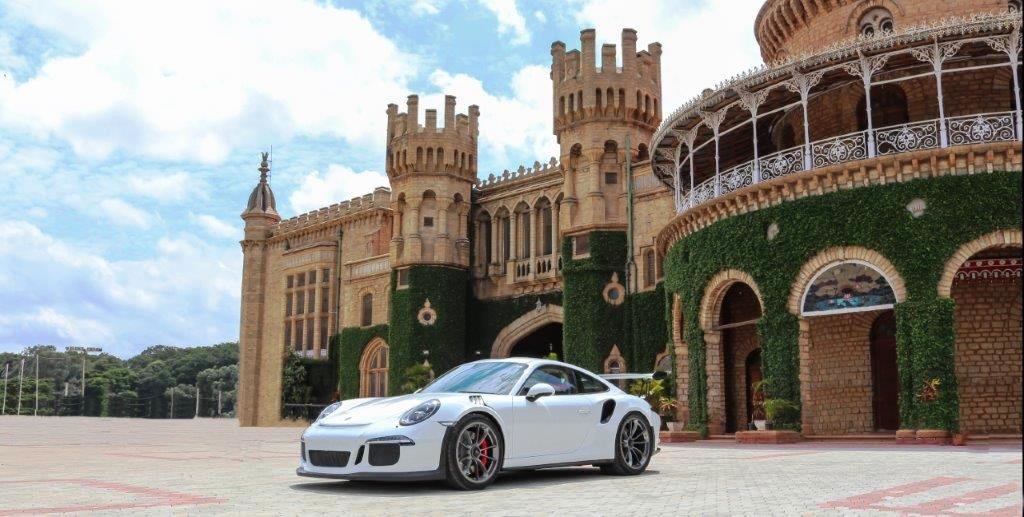 Functions such as declutching by “paddle neutral” – which is comparable to pressing the clutch with a conventional manual gearbox – and speed limiting by the Pit Speed button have been customised for motor sport use. The GT3 RS’s lightweight design incorporates a magnesium roof, engine and luggage compartment lids crafted out of Carbon Fibre Reinforced Plastic (CRFP), along with other lightweight components made of alternative materials. This makes the RS model around ten kilograms lighter than the 911 GT3.

The body comes from the 911 Turbo, with wider rear haunches and the the signature rear air inlets. It is further accentuated by RS-specific aerodynamic add-on parts like the front spoiler lip, front wheel arch air vents, and the large rear wing. The interior design of the 911 GT3 RS with Alcantara elements is based on the current 911 GT3. One key new feature is the full bucket seats, which are based on the carbon bucket seats of the 918 Spyder. 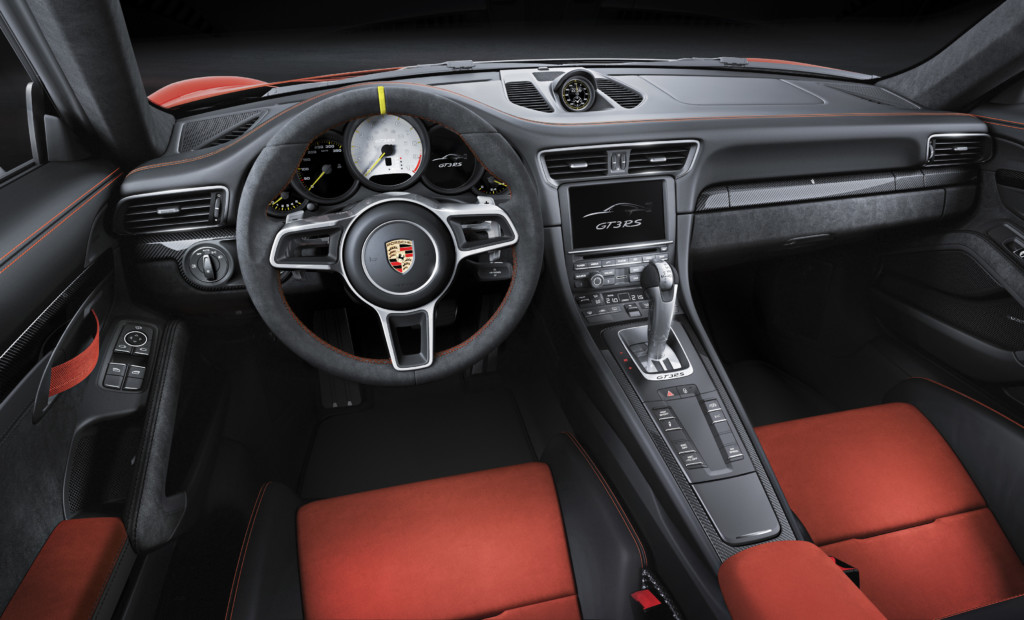 Other standard features are the Club Sport Package with a bolted-on roll cage behind the front seats, preparation for a battery master switch, and separately provided six-point safety harness for the driver and fire extinguisher with mounting bracket. The standard Sport Chrono Package, which features – in addition to its integrated timers – the Porsche Track Precision app for a smartphone.

The Track Precision app can be used to automatically measure lap times via GPS, and to log data on a smartphone for a range of driving parameters such as vehicle speed, lateral acceleration as well as acceleration and deceleration in the driving direction. It manages this data and lets the driver share and compare it with other drivers. 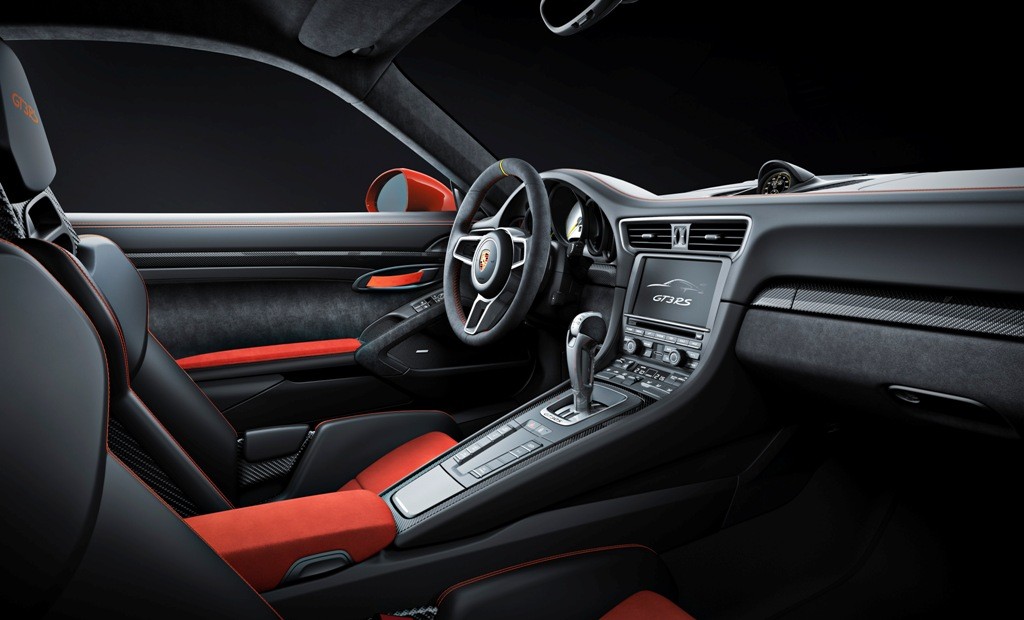 The track-focused chassis of the 911 GT3 RS features rear-axle steering and Porsche Torque Vectoring Plus with fully variable rear axle differential lock, while the wider front and rear track widths are said to enable even better roll stability than in the 911 GT3. In addition, the 911 GT3 RS comes with the widest tyres of any 911 model as standard, which is claimed to result in even more agile turn-in characteristics and even higher cornering speeds.