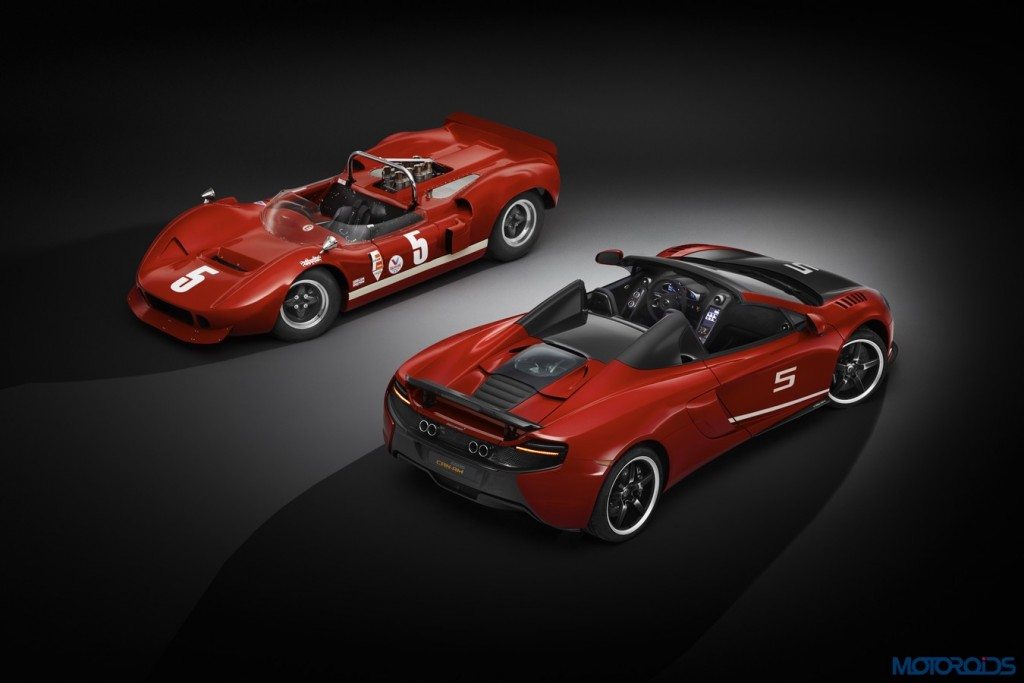 The Can-Am series, or Canadian-American Challenge Cup, was a historic racing series held some of the most iconic circuits in North America and Canada. The Can-Am championship started in 1966, with McLaren winning five consecutive championships between 1967 and 1971. To commemorate the 50th anniversary of the 1966 inaugural season, McLaren Special Operations (MSO) has unveiled the limited production 650S Can-Am which takes its inspiration from Can Am race cars. 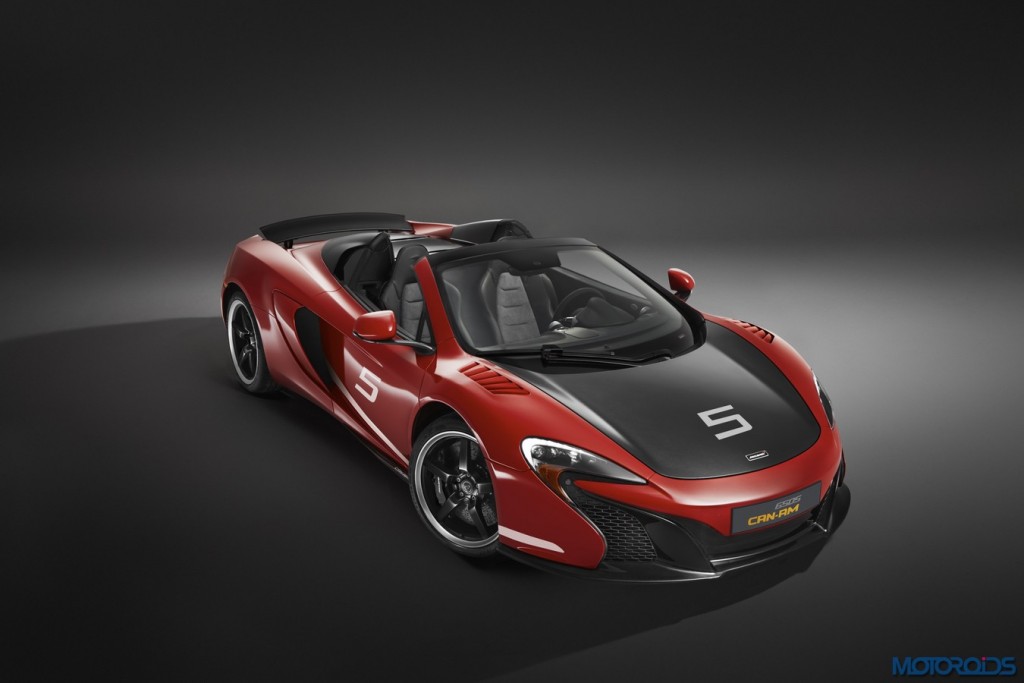 The 650S Can-Am can be commissioned now priced at £255,850 with deliveries set to commence in the spring of 2016, 50 years on from the first race at Mont Tremblant, Canada.  Just 50 examples will be produced globally, all based on the 650S Spider. The 650S Can-Am edition features a lightweight MonoCell chassis, a carbon fibre retractable hard top,  while further carbon fibre is used for the bonnet, Airbrake, front splitter, rear bumper centre, door blades and the 650S Can-Am branded sill cover. 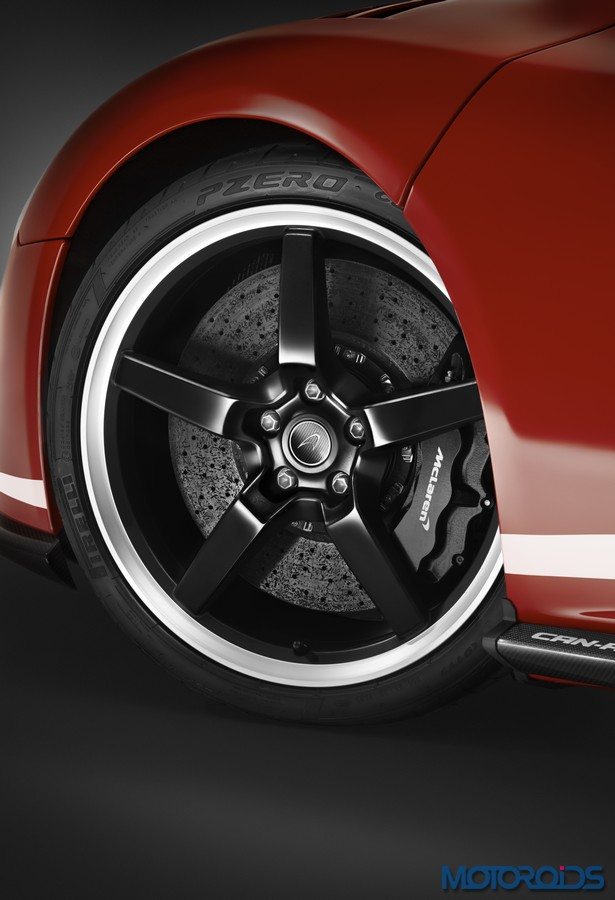 The 650S Can-Am rides on MSO produced lightweight forged alloy wheels inspired by those of the 1960s racers with a gloss-black finish on each of the five spokes, a white lip and a diamond cut rim. Held in place by titanium bolts, the wheels are shod with Pirelli P Zero Corsa tyres.  Carbon ceramic brakes with black painted callipers are standard equipment. 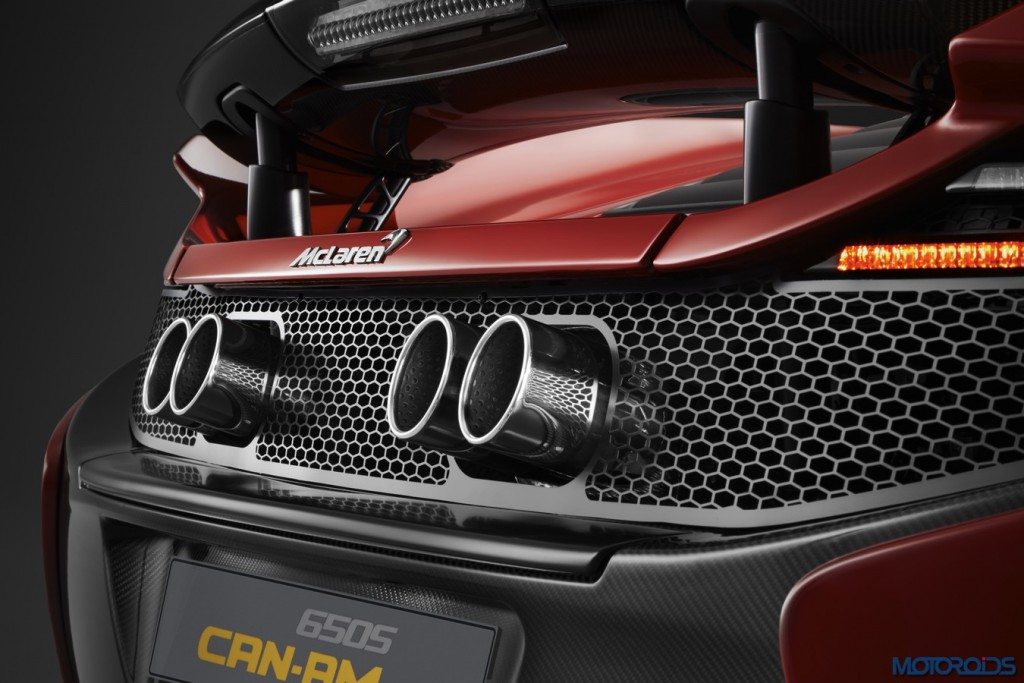 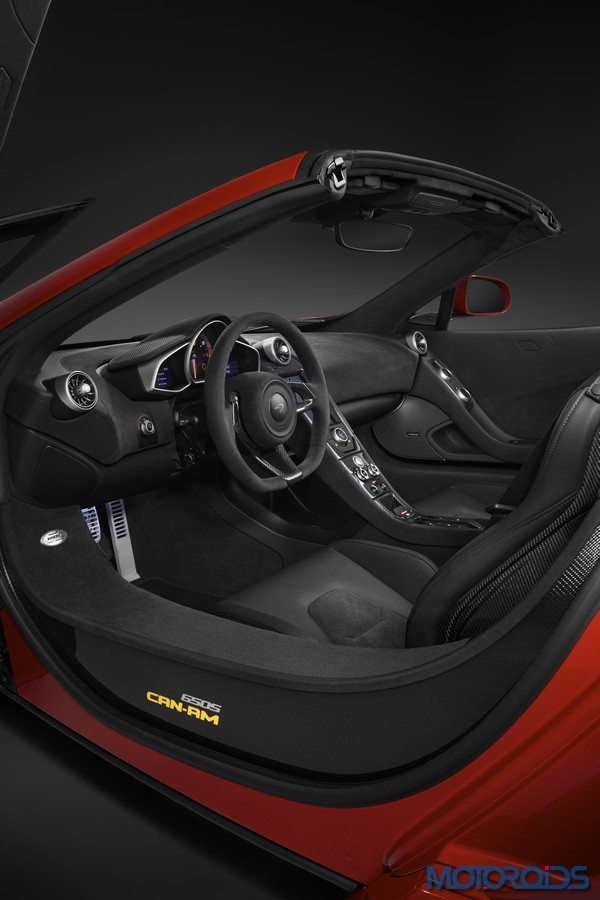 Inside, the standard sports seats are upholstered with leather and Alcantara. Carbon fibre features extensively throughout the cabin while a further bespoke Can-Am touch is the unique dedication plaque on the driver’s door. The 650S Can-Am is offered in three colours – Mars Red, Papaya Spark, and Onyx Black; all inspired by period McLaren Can-Am racers. Each is additionally available with a corresponding racing livery to give an even closer visual association with the historic Can-Am series.