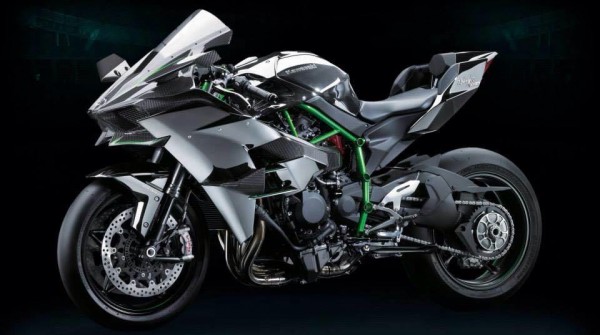 Kawasaki seems to have recruited Lucius Fox to develop their motorcycles lately. After the outworldly, Z1000, the new Kawasaki Ninja H2 is taking things to the Jupiter, maybe beyond. We already know the Ninja H2 is supercharged, but it also has a trellis frame, a carbon fiber fairing and wings. It surely will fly low, but those wings aren’t meant for downforce. What they do is, form a low pressure zone behind the winglets, which creates a vaccum to direct more air towards the radiator. Although this technology featured long back on the track, this will the first time for a street motorcycle to boast of such technology. 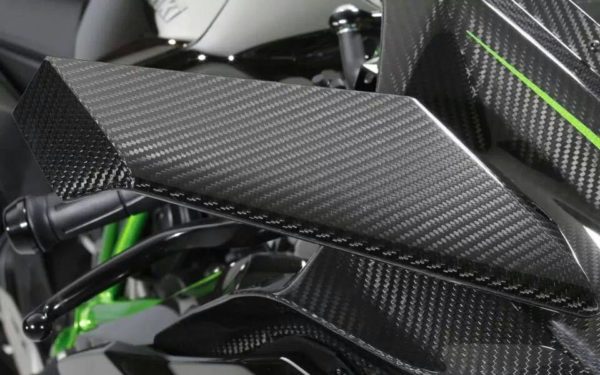 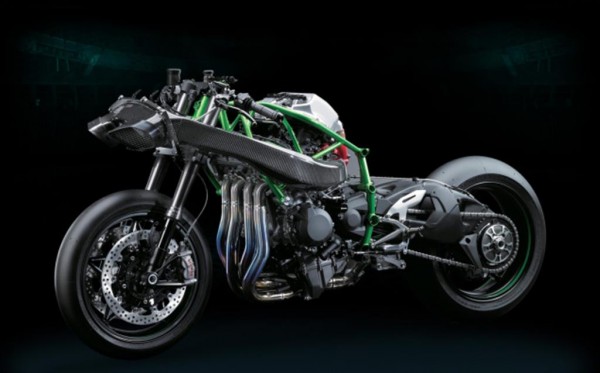 The Kawasaki Ninja H2 will be available in two versions, one that will be a track focus variant, called the H2R (one in the pictures), and a street version, called the H2. All the details about this new insanity on wheels, like the power it makes from the supercharged in-line four, if it features any more outlandish technology and whether it transforms, will be revealed today at Intermot, along with the actual motorcycle. Stay tuned to Motoroids then, we’ll get you more details about this new Ninja which is carved out of a flying saucer from outer space.