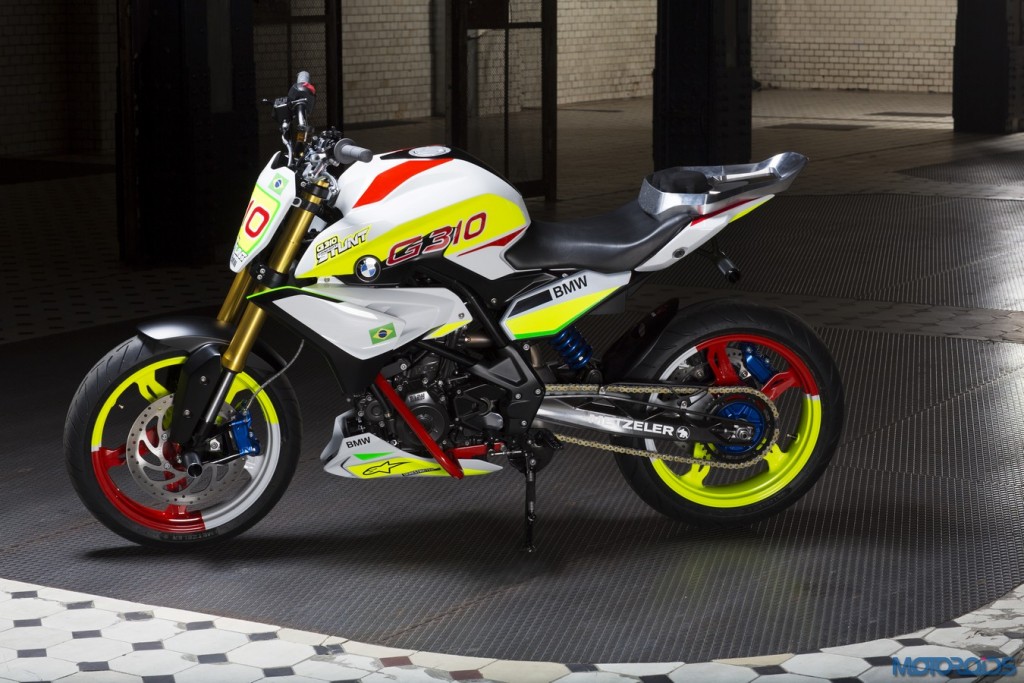 The BMW Concept Stunt G 310 marked its world premiere at South America’s largest motorcycle show today, and is a foreshadow of the highly anticipated BMW-TVS K3, a motorcycle that is bound to have acute ramifications in the Indian motorcycling scene. Regarding the Concept Stunt G 310, BMW Motorrad is presenting it as an “aggressive and agile stunt bike based on a single cylinder study”. 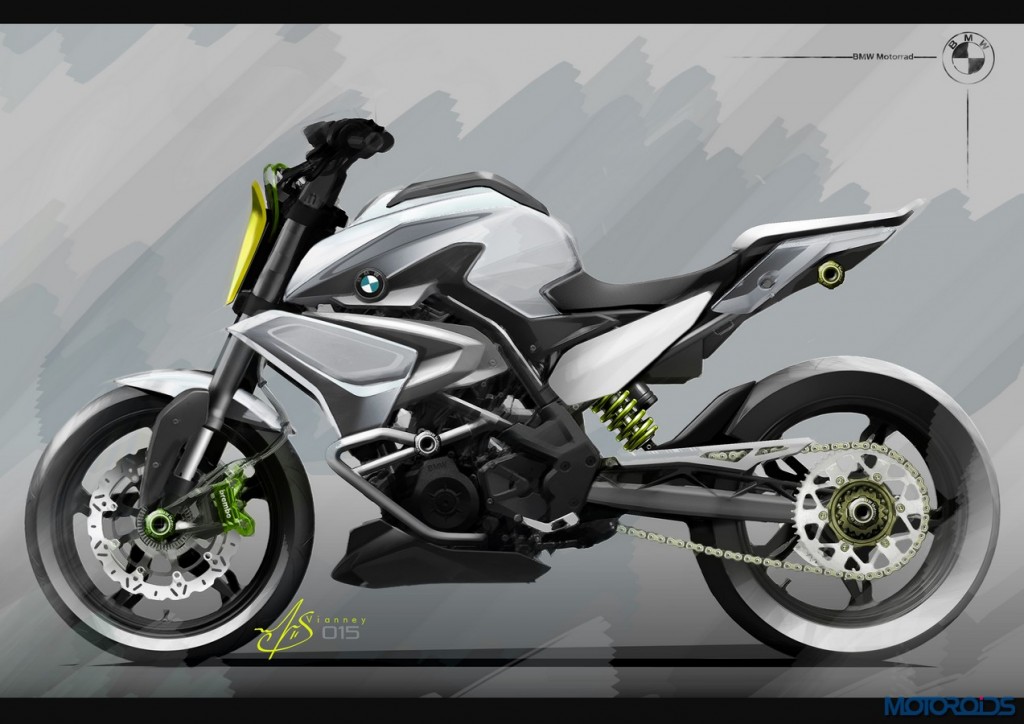 The concept motorcycle was built with significant inputs from four-time World and European stunt riding champion, Chris Pfeiffer. “Stunt riding is a demanding and multi-faceted sport. Ideally you need a compact, agile bike which is also stable and robust at the same time. You have to achieve the ideal balance between aggressiveness and control”, explains Pfeiffer. 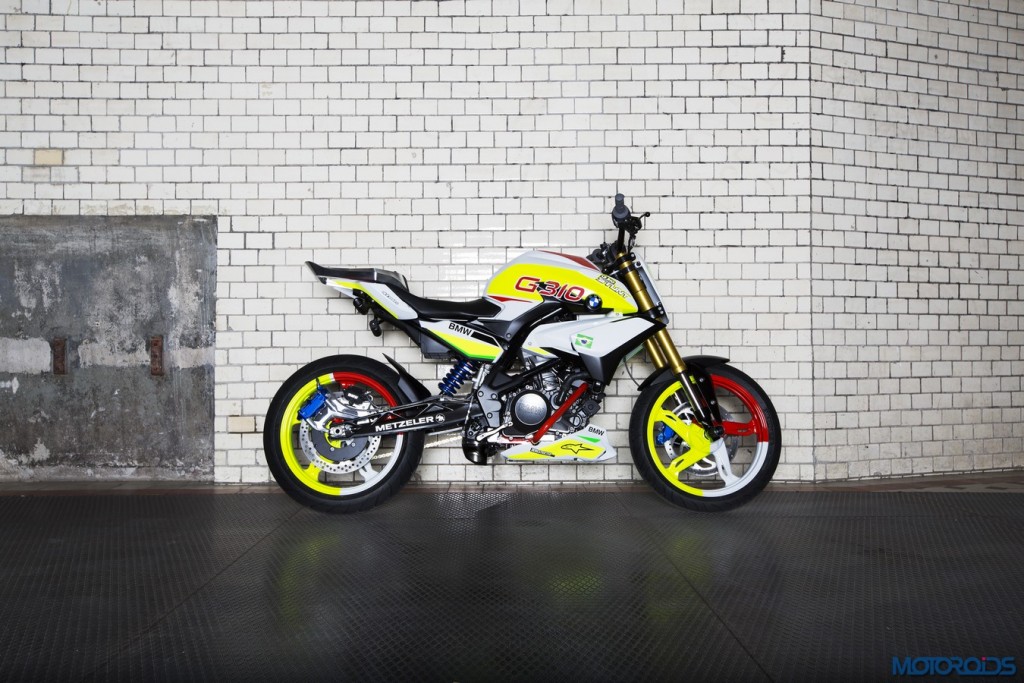 The BMW Concept Stunt G 310 is powered by a newly developed, compact 1-cylinder engine with an unique feature – the cylinder itself is inclined towards the rear, while the cylinder head which is rotated by 180 degrees. This feature allows for optimum placement of the engine, along with a shorter wheelbase, thereby accounting for a motorcycle that’s very agile on its feet. 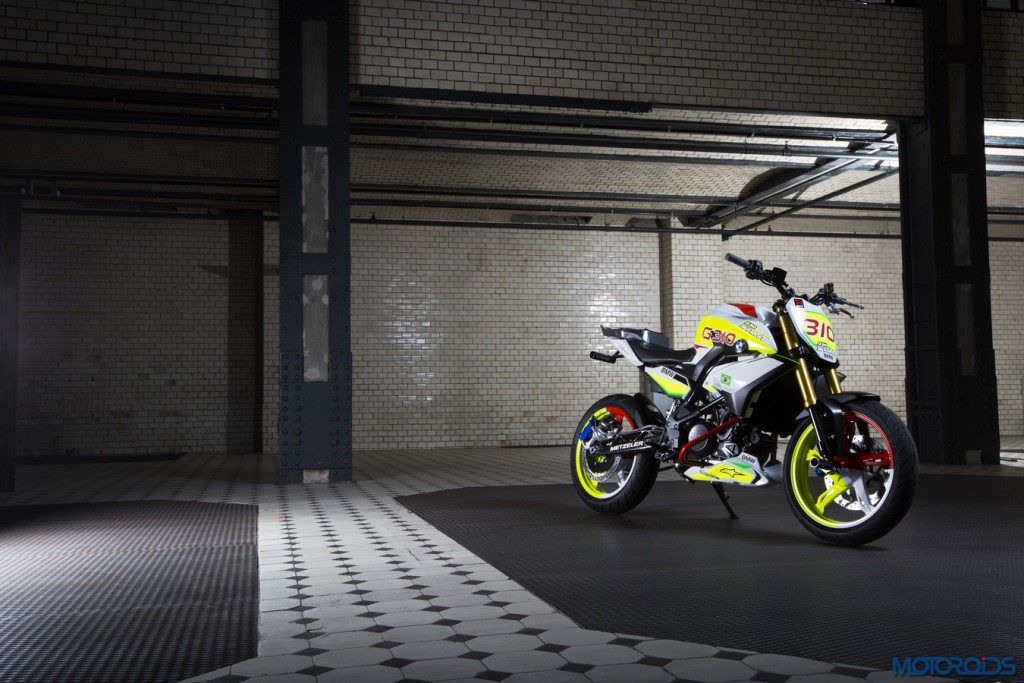 The Concept Stunt G 310’s  low-slung front and the raised tail section, according to its maker, helps fast and nimble changes of direction. The rear silencer is uniquely placed in an upright standing position underneath the seat between engine and spring strut. BMW says that this method of hiding the silencer optimally protects it and does not limit the stunt rider’s freedom of movement. 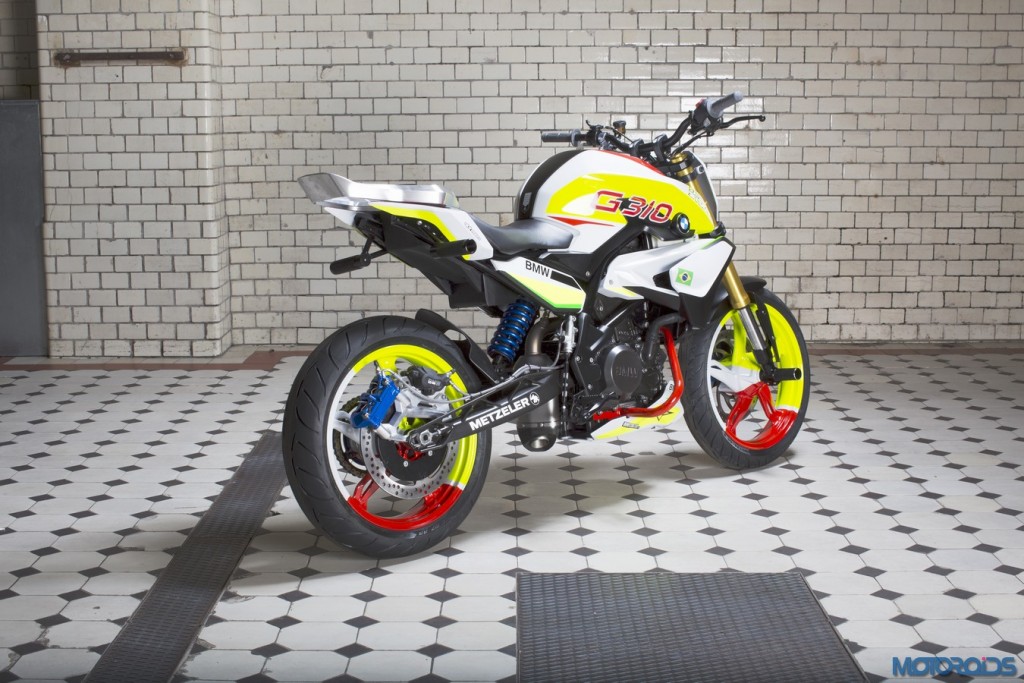 The Concept Bike’s style can be characterized by highly contoured, three-dimensional surfaces which “create a sense of movement and speed even when the bike is stationary”. Highlights include a slim front end, expressively modeled surfaces of the fuel tank, a broad shoulder section, and a raised, filigree tail. The colour concept features the classic BMW motorsport colour white as the base colour as well as red and blue in combination with the national colours of the Brazilian flag in a modern interpretation. The neon green and yellow colour are simply there to attract attention. 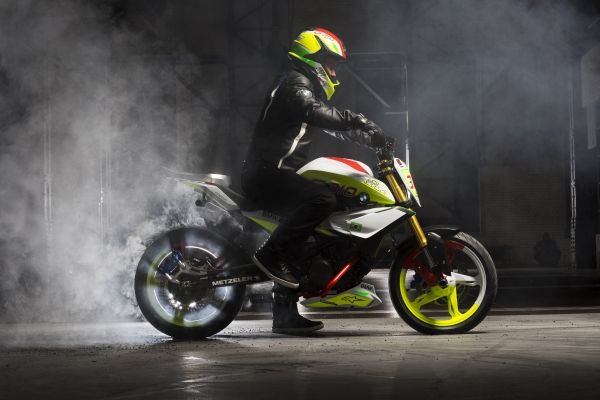 The numerous modifications are typical for a stunt bike; and include a lockable throttle, a slightly altered gear ratio which secures greater propulsive force to the rear wheels at low engine speeds, an intentionally over-sized rear wheel brake ensures reliable deceleration. Other stunt-friendly appointments comprise of a second, even larger rear wheel brake (below), to be used by the rider with only his middle finger, axle pegs on the front axle, and red crash bars provide additional protection for the engine. 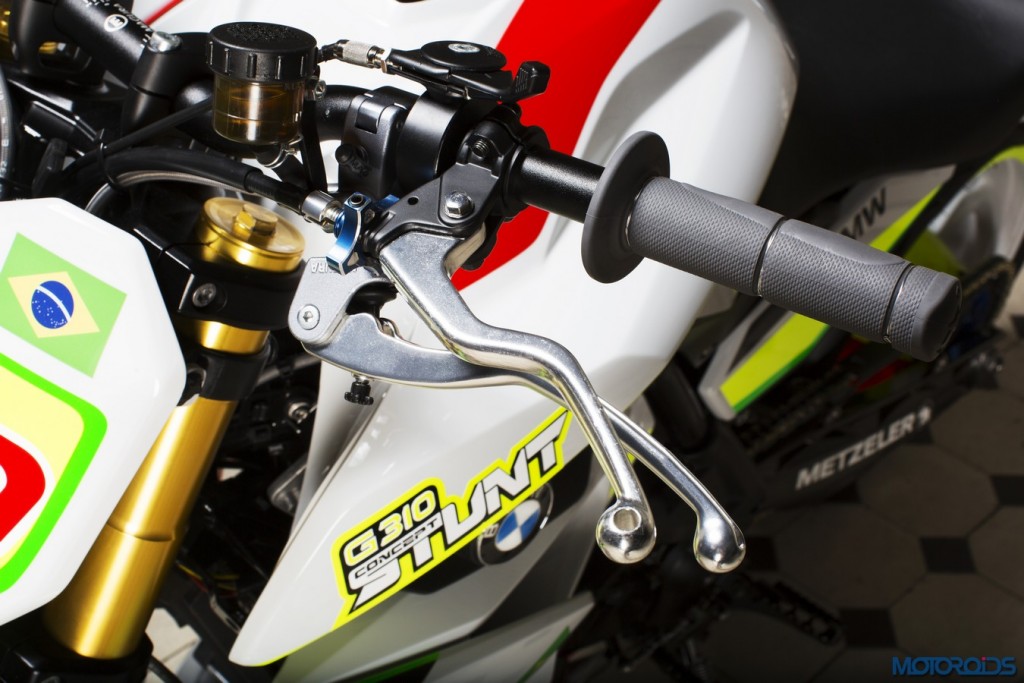 A special highlight on the BMW Concept Stunt G 310 is the “stunt tail” which was specifically developed by BMW Motorrad and is a first-of-a-kind on a stunt bike. It is milled from solid aluminium and features an opening in the centre, which offers the stunt rider a hold for his foot. Together with the non-slip seat, the aluminium component also ensures a stable seating position.

Though specific details regarding the engine and other cycle parts are scarce, the upcoming TVS-BMW is expected to borrow heavily from the Concept Stunt G 310. Stay tuned to Motoroids for further details!