It’s been two years since TVS Motors and BMW Motorrad inked an alliance to produce a sub 500cc capacity motorcycle. Except for one inconclusive spy pic a few days back, there has been no concrete evidence on the product, until now.

Thanks to the good blokes at VisorDown, the TVS-BMW prototype was spy snapped on test for the first time in Germany giving a much clearer picture of the motorcycle. To start with, the test mule codenamed the TVS-BMW K03 resembles a few bits with the TVS Draken concept. For example the single headlamp has a similar design to that of the Draken, and so does the fuel tank except that it doesn’t protrude forward as much. The petite rear fender mounted with and LED tail light and blinkers too strike similarities. 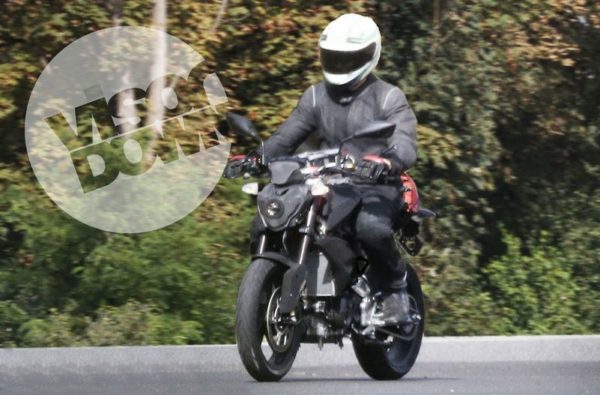 The radiator is unusually large for a 300cc motorcycle and though speculations might be looming large for the given cubic capacity, it would be interesting to see the final displacement figures. The side mounted exhaust too looks oversized against the overall proportions of the bike. Bolts hanging under the engine hint at a belly pan fixture with a large rear sprocket gesturing at a nippy street fighter. 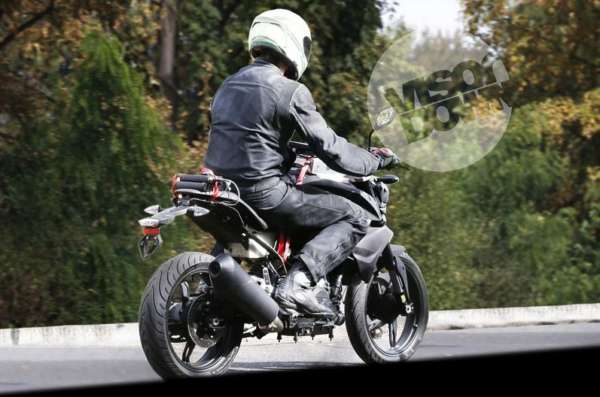 Rest of the hardware seems premium with the motorcycle shod with inverted telescopic front suspension, beefy rear swingarm, six spoke alloys mounted with Michelin Pilot road tyres which look a 110 front and 150 rear section. The front brake is a radial mounted caliper over a single disc with the ABS Tone Ring and the sensor cable visible- and a single disc at the rear.

Now, not only does this seem a welcome change for TVS who haven’t been able to offer anything beyond the RTR 180, but also the competition and eventually the enthusiasts who’d be spoilt for choices.