It is quite rare to see a manufacturer offer a significant upgrade with no change in price. The Bajaj V15 falls in this rare category. With the new V15 Power Up, Bajaj has changed the tuning of the engine to give out more power and has changed the shift pattern to make the bike feel more sporty. All these extra goodies come in at no extra costs and the price of the bike remains the same INR 65,626 (ex-showroom). The bike however still misses out on ABS which Bajaj will have to compulsorily provide before the new regulations kick in. 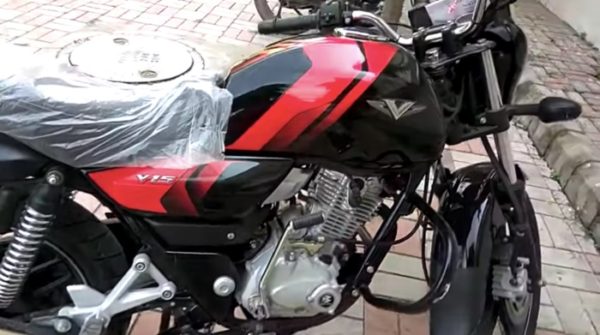 Apart from the new engine and transmission set-up the bike also gets a revised graphic design which differentiates the Power Up model from the ‘power down’ model. The engine now generates 13 hp at 8,000 rpm and 13 Nm of torque at 6,000 rpm. These figures represent a power gain of 1 hp and 0.3 Nm over the ongoing model. Other minor changes include a new backrest for the passenger and improved padding on the seat. Apart from these changes, everything else pretty much remains the same. The power gain gives the bike a top speed of 110 kmph. 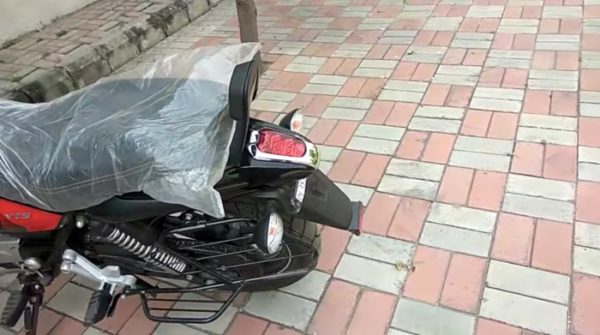 Also Read: New 500 cc Twin-Cylinder KTM In The Works; Will Be Manufactured By Bajaj In India

The V15 measures 2,040 mm in length, is 785 mm wide and stands 1,070 mm tall. The seat height is a manageable 780 mm and the ground clearance is 165 mm. The wheelbase is 165 mm long which makes the bike very comfortable for two passengers. The fuel tank can hold up to 13 litres of petrol and the kerb weight of the bike is 137 kg. Suspension duties are done by the same telescopic suspension in the front and gas charged twin shocks at the rear. We do expect another update of this bike which would introduce a single channel ABS system at the front end of the bike. Prices can be expected to change by a small margin with the introduction of that. Below is a video uploaded on the YouTube channel ‘Biker Tips’ which showcases this new bike.