Home Interesting / Off-beat The Babel Bike is apparently the “safest bicycle in the world” but would you ride it? 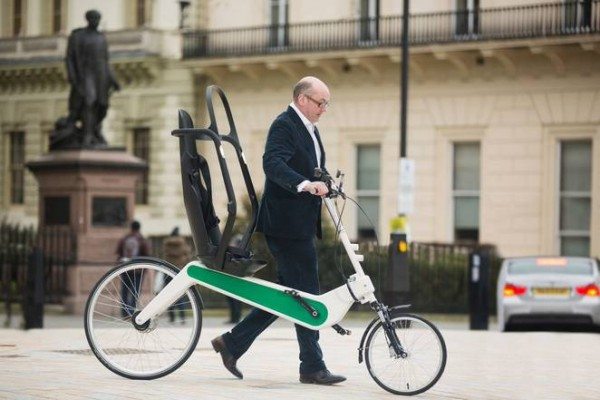 Meet Babel Bike, the brainchild of London-based Crispin Sinclair, son of the famous British inventor Sir Clive Sinclair. Could its inventor’s claims that it is the safest bicycle ever made be possibly true?

The Babel Bike may look kind of ridiculous – like a pram for grownups – but for those who want to put safety first it does boast an impressive array of safety features. The rider wears a car-style seat belt and unlike any other bicycle on the market it has a custom built safety cage in which the rider sits. 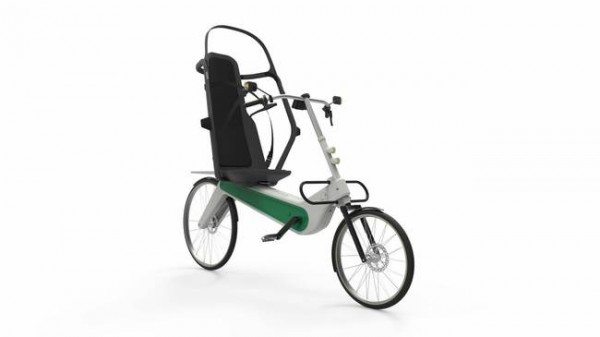 The bike has a small wheel at the front and a larger one on the back, with a lockable white bar connecting them that doubles as storage for the bike’s innards. It doesn’t rely on pedal power alone, but rather has an electric motor inside that assists it at speeds of up to 32km/h.

There are also some more subtle safety features onboard the Babel Bike, including automatic front and rear lights, turn signals, brake lights, rear-view mirrors, a loud horn and hazard flashers. It sounds more like an open-air, pedal-powered car than a bicycle. Power is supplied by a 250-watt electric-assist motor from Shimano with an estimated range of 50 to 80 miles (about 80 to 129 kilometers). The controls for the assist motor are located on the handlebars, and provide up to 50 per cent assistance to the biker. At the front of the bike are two steel foot protectors, which are detachable and can also be used as a bike lock. 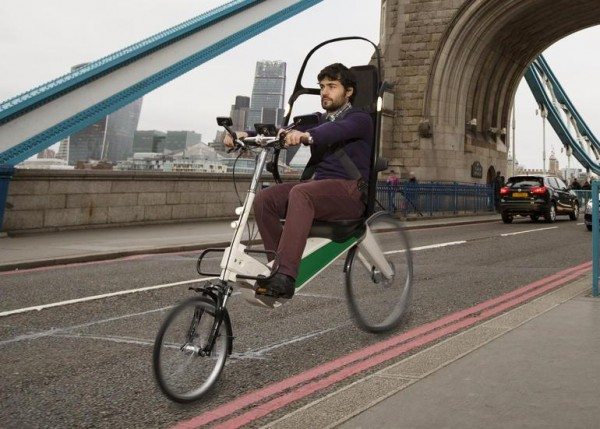 “Safety is crucial for cyclists, as I myself was hit by the side of a left-turning van, who had failed to indicate,” said Sinclair. “I want more people to enjoy cycling but the lack of safety, especially in busy cities, deters them from getting on a bike. Babel Bike is specifically designed to prevent the most common accidents occurred to cyclists, so hopefully it will encourage more people to get pedaling.”

The inventor is currently raising production funds for the Babel Bike on Indiegogo. A pledge of £2,999 will get you an electric model, while £1,999 will get you the non-electric – assuming all goes according to plans.

So now you know what exactly to ride, if you’re concerned about your safety and isn’t quite concerned with looking like a berk thanks to it.