Home Audi The Audi A3 Cabriolet XXL gets six doors and eight seats; is technically a shuttle 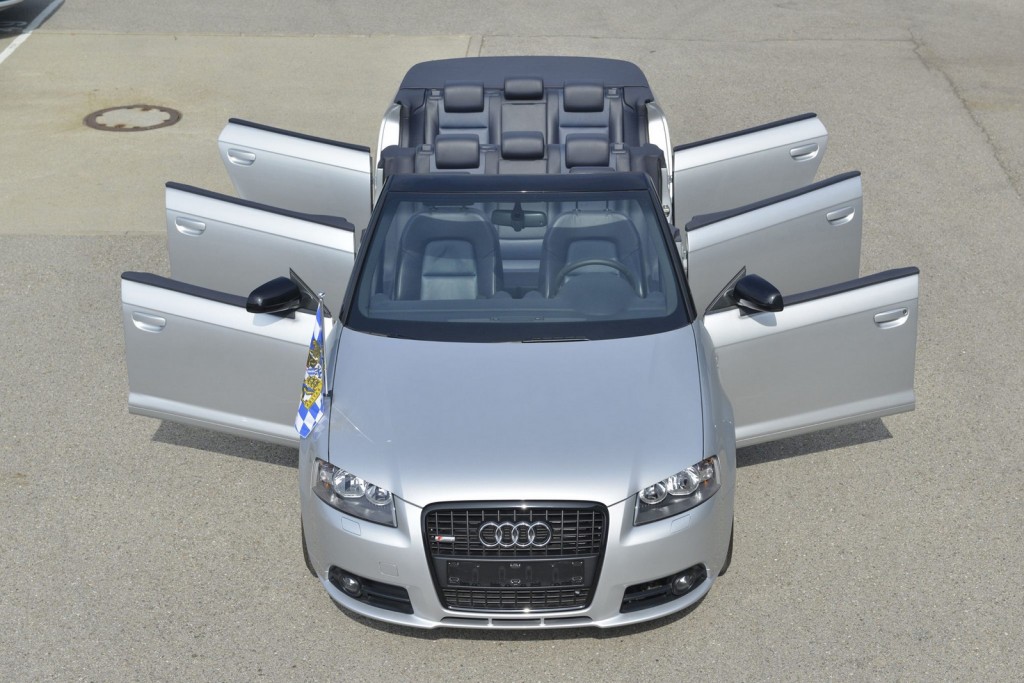 Audi finally showed us their sense of humor with a stretched A3 Cabriolet, that has as many as six doors, and can effortlessly accommodate eight people. They’re fondly calling it the Audi A3 Cabriolet XXL. However, this extended, one-of-a-kind drop top isn’t merely a humorous exercise; it is only used on the Ingolstadt plant site to transport visitors – a shuttle that can carry a small group of trade visitors / VIP for a tour in the factory.

The project was started in 2004 by two employees of AUDI AG, along with Gerald Christian Hirschbeck Knispel,  following the will on the part of the management of the factory to have a internal shuttle. The factory management had not given a directive for this shuttle, so the duo had a free hand, and came up with the A3 Cabriolet XXL – the automotive equivalent of The Human Centipede. 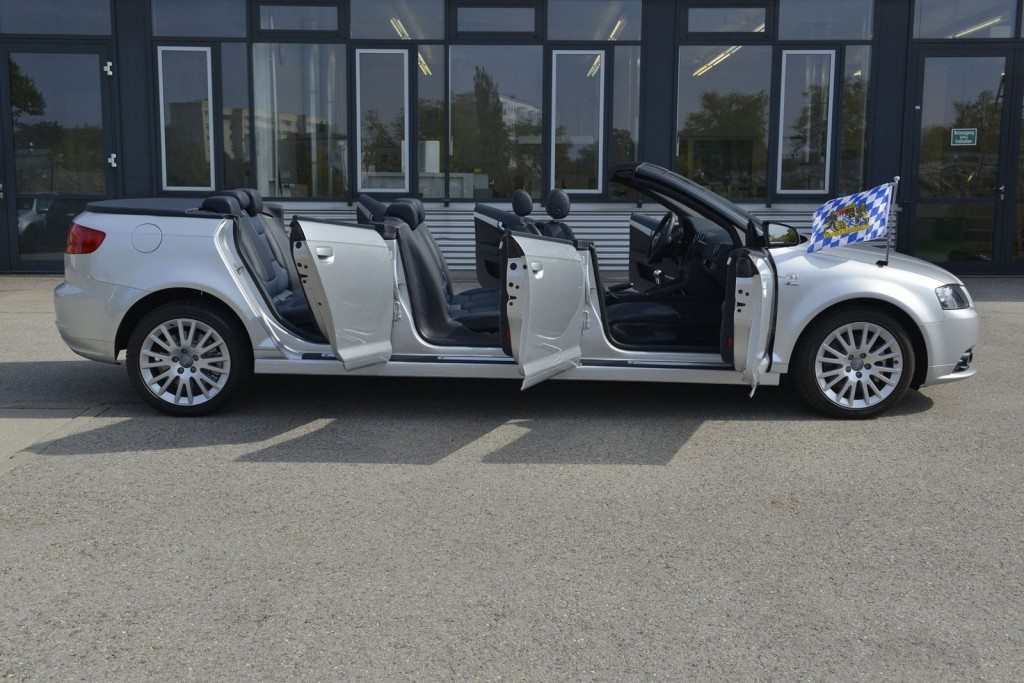 Built around a 2007 A3 Cabriolet, the XXL is 5.30 meters long; more a metre lengthier than the standard A3 Cabriolet.  Interestingly, the base is formed by a couple of Sportback models, because the Cabriolet did not exist at that time. To build this XXL  Cabriolet, not one, but two Audi A3 Sportback bodies were sacrificed – the first was used for the front, while the second formed the rear. With their roofs chopped off, the two bodies were then assembled to form this unique piece.

Being Audi, the XXL’s attention to detail is also worth a mention. To maintain the structural rigidity, longitudinal reinforcements in high strength steel have been added on each side of the structure of the car and in the center tunnel. To negotiate the tight curves inside the factory premises, an ingenious, computer controlled rear wheel steering system was employed. Externally, the car wears a metallic gray livery, while the interior is trimmed in black leather with aluminum inserts.