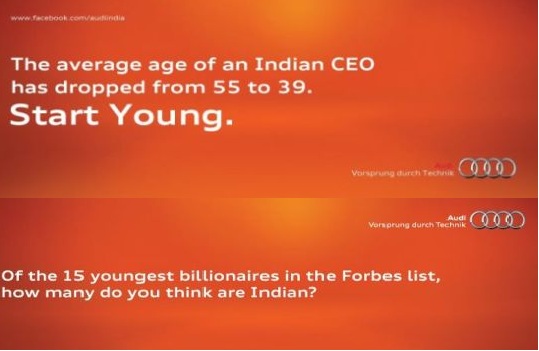 We have been closely following each and every process associated with the 2012 Audi Q3 since the time the German carmaker had first talked about coming out with a BMW X1 rival. The Q3 is to debut in Indian market within coming few weeks and Audi India is wanting to position the new car in a way so as to attract younger and first time luxury car buyers. The car, as expected, will rival the BMW X1 and upcoming Mercedes Benz B-Class.This marketing strategy of Audi is evident from the recently launched promotion campaign which talks about a ‘young’ India. Pricing will be a key factor in the success of the new Audi and the Q3 will be brought thru the CKD route and will be assembled at the car maker’s Aurangabad plant. This simply means that pricing is expected to be kept on this side of the INR 30 lakhs bracket. The smaller sibling of the barge like Q7 SUV will come to us with a 170 bhp 2 litre oil burner and a 211 bhp 2 litre TFSI turbo petrol. Both these motors will be mated to a 7 speed automatic DSG dual clutch gearbox and Quattro all wheel drive system.