When asked “Why did you want to climb Mount Everest”, George Mallory replied “Because it was there”. Sometimes you find the mountains to climb and sometimes you build them just so that you can climb them. This is precisely what they did at the recently concluded Thar Fest 2019 organised by Mahindra Adventure. 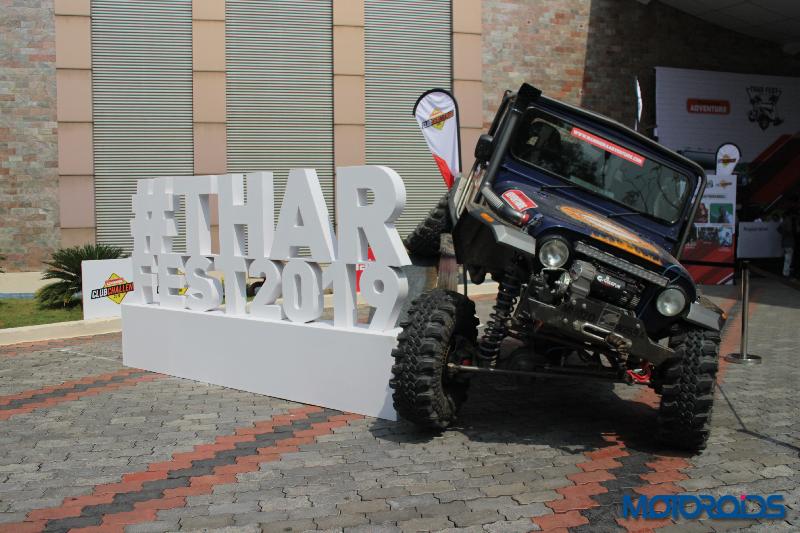 To participate in this challenge, not only do participants require a Mahindra 4×4 vehicle but also tons of grit, good off-roading skills, teamwork, dedication and a penchant for not getting unnerved even in the toughest scenarios. The main feature of the third edition of the Thar Fest  was the fourth edition of the Mahindra Adventure ‘Club Challenge’, where the top 11 off-roading clubs from across the country were pitched against each other for the top honors in off-road skills and equipment.

The Thar Fest is also India’s largest gathering of Mahindra Thars, where passionate owners and fans from across the country come together to celebrate the spirit of this iconic brand. Exciting off-roading activities and Thar related contests kept the participants enthralled throughout the day. The spectators also indulged in other activities like the Thar Parade, 4X4 Experience Zone, Heritage Mahindra Display, Customized Vehicle Display, while unwinding in the evening with some live music and much more. 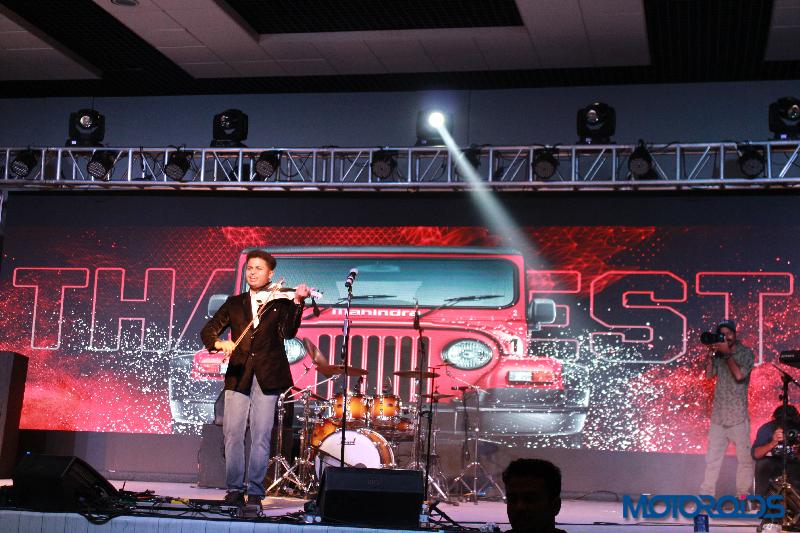 It’s not everyday you see a Violin player. 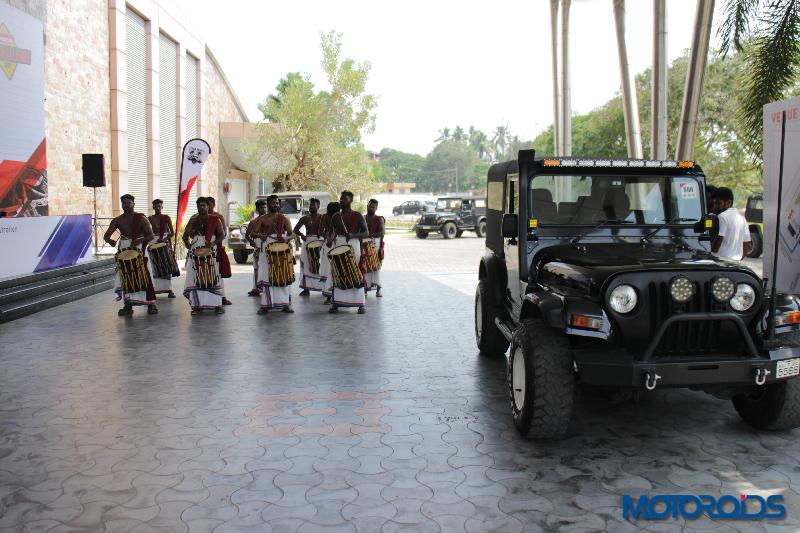 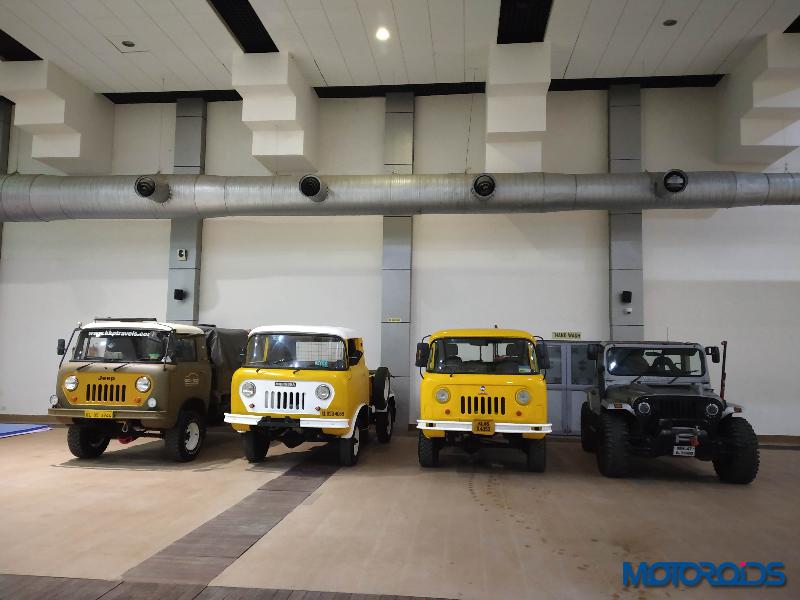 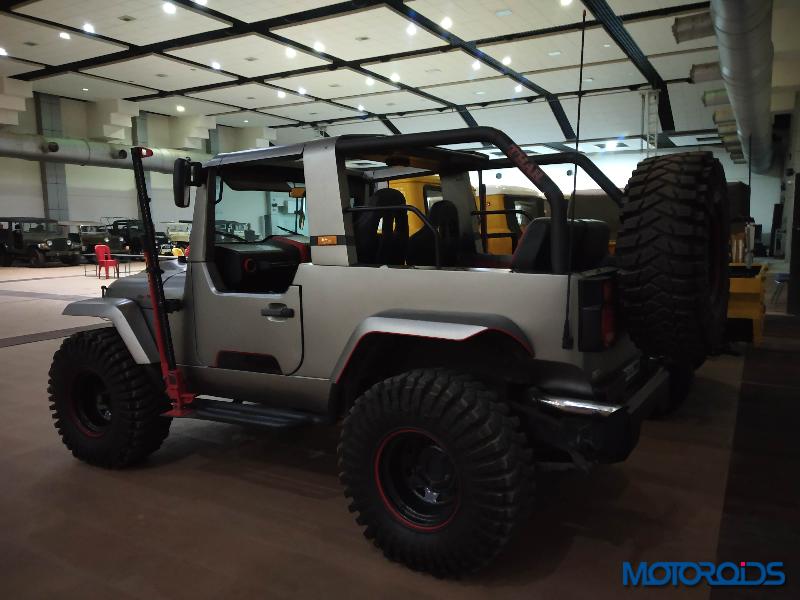 The participating clubs were – the Bangalore Off-Road Driver’s Association, Team Ejamsa, Extreme Riders Motorsports Club of Meghalaya, Kerala Adventure Sports Club, R&T Autocatalyst, KTM Jeepers, Kannur Riders and Off-Roaders Club, Kannur Jeepers, Team Flywheel and Northern India Off-Road Club. All of them came with three Mahindra 4x4s each. Most of them being Thars but there were some MM540s as well. Each team had one Pro-Modified (Extensively modified), Modified (Some modifications) and Stock category Thars (Let’s call them all Thars for convenience). Each of these had one driver and one co-driver. So a team comprises of six people and three Mahindra Thars. They all work in unison to complete the obstacles. 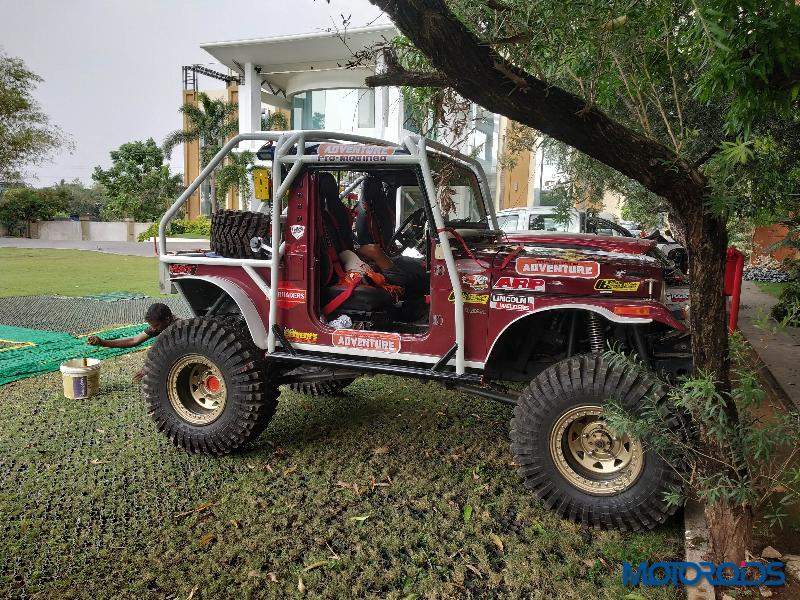 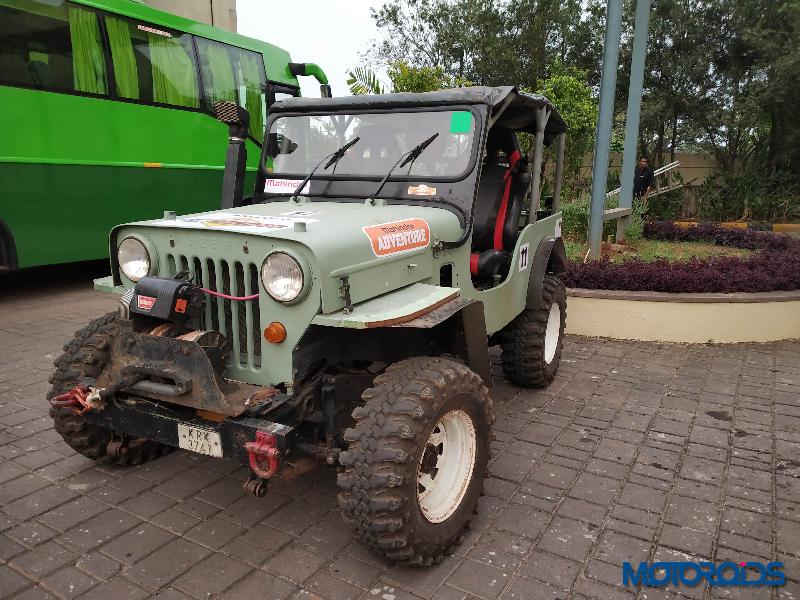 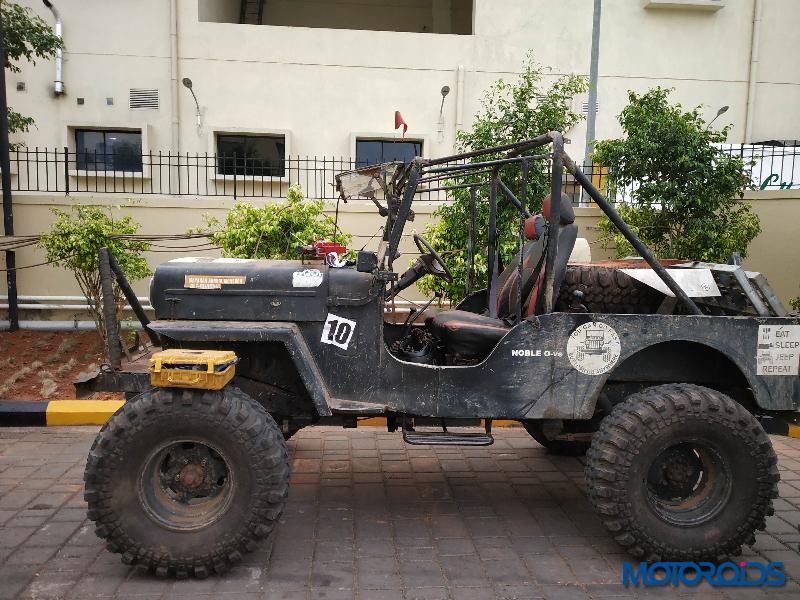 I was at the window seat of the flight and just seeing the beautiful landscape of Kochi, as we landed made me smile. It’s going to be a great weekend I thought. We attended the driving briefing session along with the teams and the energy levels of the teams in that room could’ve powered a metro city for a day.

The first event was a night event and called ‘pass the baton’. It was a muddy stage. First, the Pro-Modified Thar does its section with a mud pit deeper than 3 feet, and then passes the Baton to the Modified Thar and they then do their section and hand over the baton to the Stock Thar. Each of them have to pick a series of flags placed next to the trail which gets them 20 points each. However, getting to those flags and taking them off their poles isn’t easy. They are not placed conveniently and the driver is not allowed to unbuckle the seat belt. There are cones placed and if any cone gets touchd, that’s negative 10. They get 5 mins for each flag and have to end their run if they go over that five minute window. You feel the adrenaline rush even as  a spectator. The sections were really difficult not only requiring perfect strategy but perfect execution as well with the right alignment, right approach angle and finding the sweet spot for traction in the muddy inclines. Throttle and using the 4×4 system to best of it’s ability plays a huge part here. The co-driver scrambled into the 3 ft deep mud and guided the driver, even attaches the winch to an anchor to pull the Thar up the steep incline. Crowds were cheering every time the wheels got any amount of traction or the Thars moved. Some of the best off-roading action I have seen. This was all happening at night under flood lights and it just added to the whole adventure. 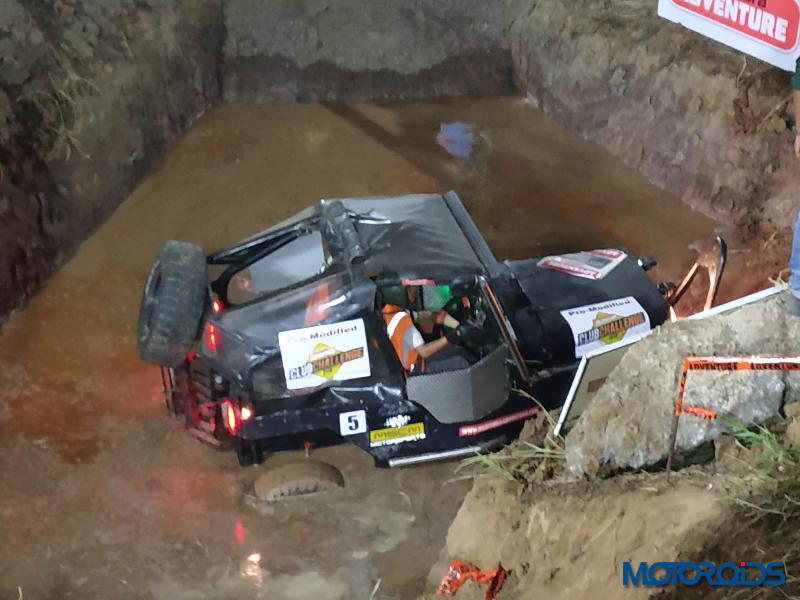 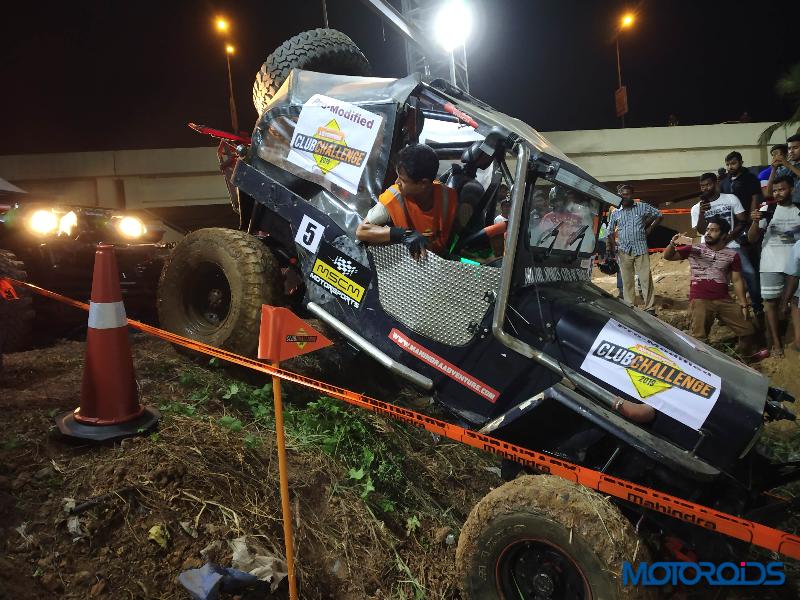 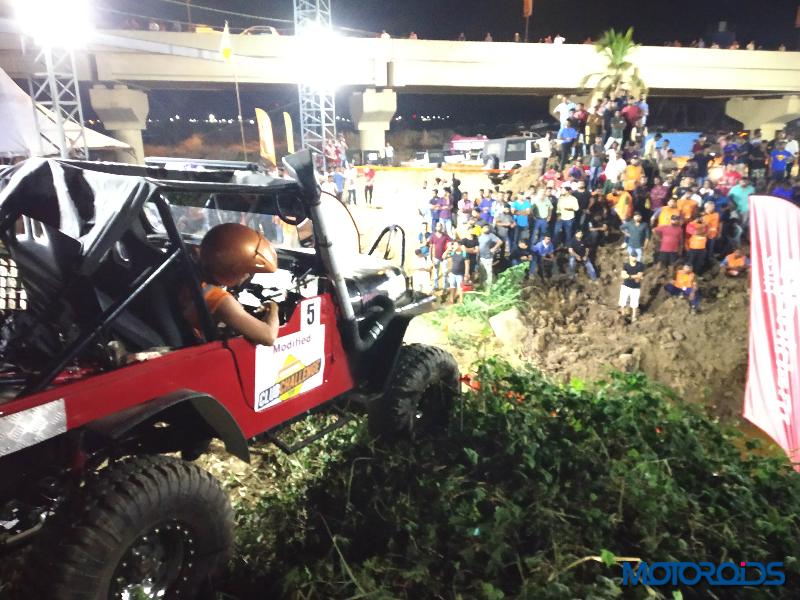 The next challenge we witnessed was “Demolition Derby”. Yes, the Mahindra Thars literally crush the competition in this challenge. The Obstacle is made by piling up crashed cars over each other and the competitors have to drive over them, find the flags and pick them. The levels of articulation in this section can be so high that the other two team Thars are used as anchors. As soon as time starts, all the team members get into swift action. Placing ladders, tyres etc to aid the Pro-Modified Thar tackle the difficult obstacle.

The driver has to be extremely careful with the throttle as any abrupt acceleration can make the ladders get fired like missiles or any sudden changes in angle can topple them. So it’s a game of fighting against the five minute window between the flags and patience with the throttle and getting the perfect alignment so that you do not topple over. 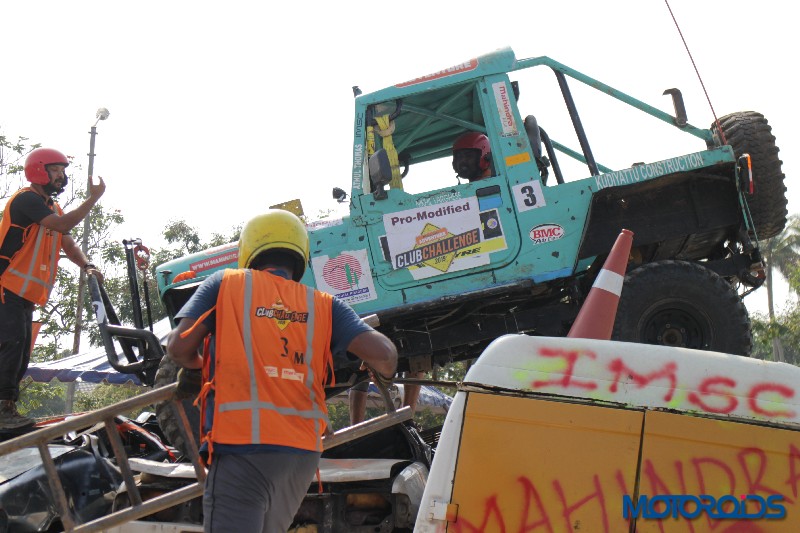 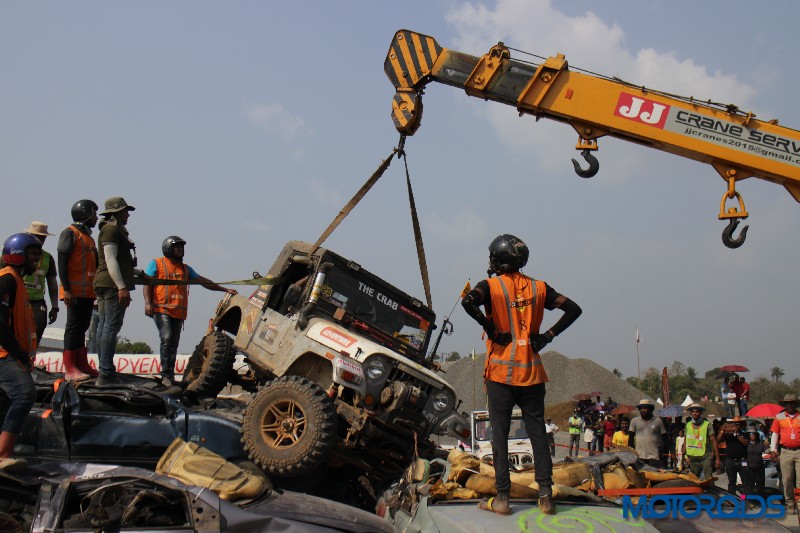 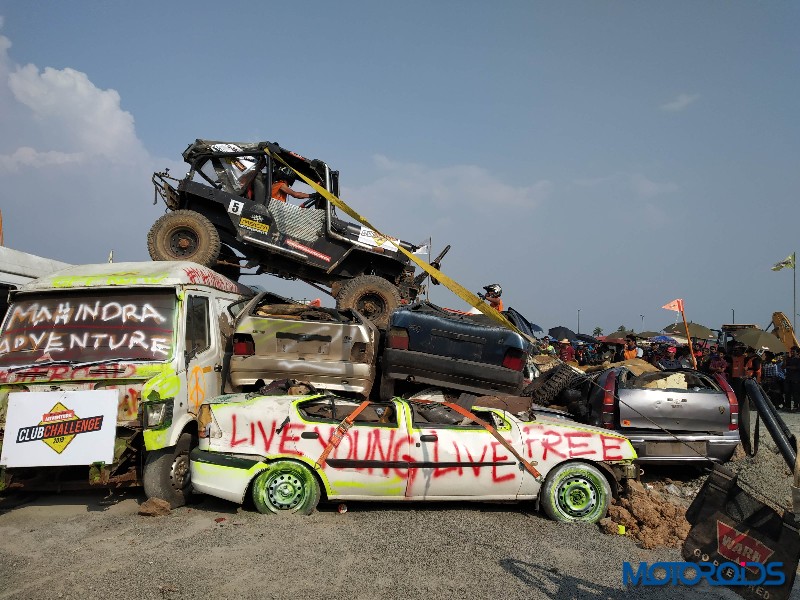 Witnessing these teams at work, their off-roading capabilities, I felt quite humbled about the kind of off-roading I have done. I was getting to witness the best off-roaders in the country in some of the best modified Thars. I have a newfound respect for the Mahindra Thar. 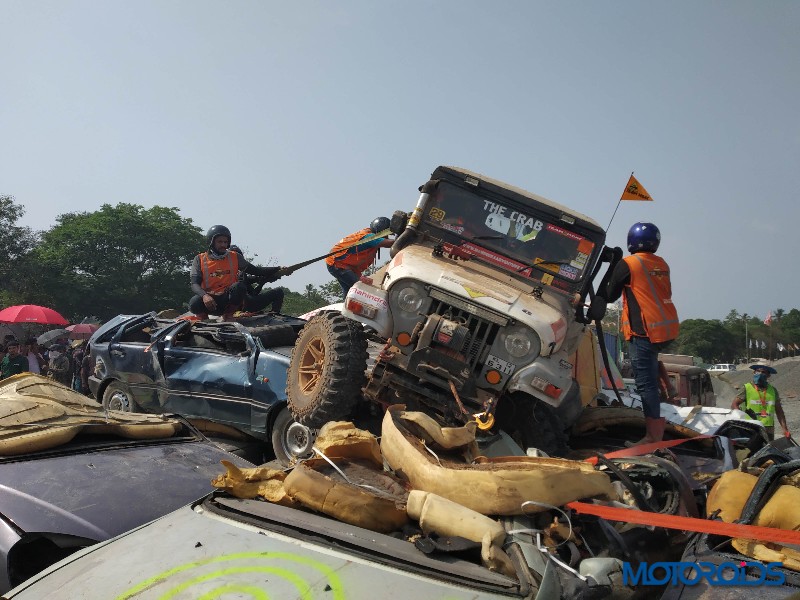 Between all this action, we also got to see some really well kept SUVs produced by Mahindra over period of time. Right from CJ3B to Mahindra Classic to latest Thar. There was a section dedicated to modified Thars and I must say, all of of them were drool worthy. 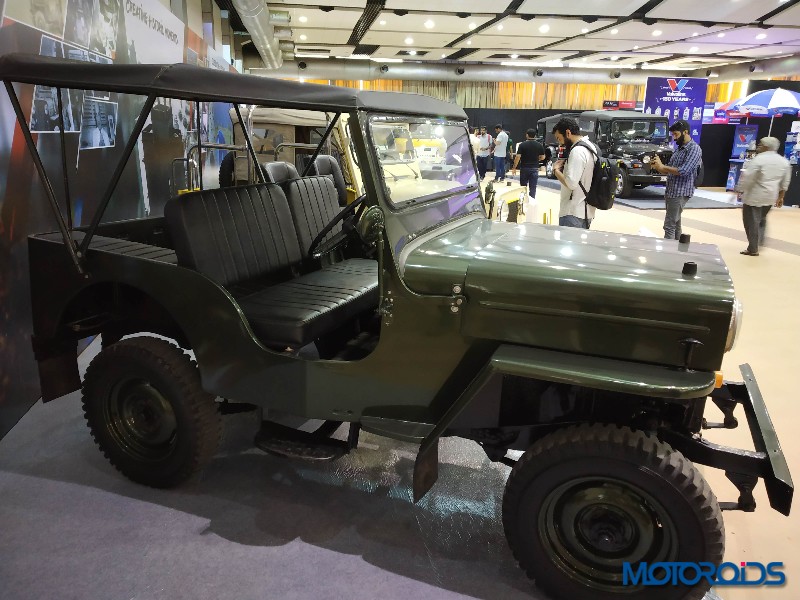 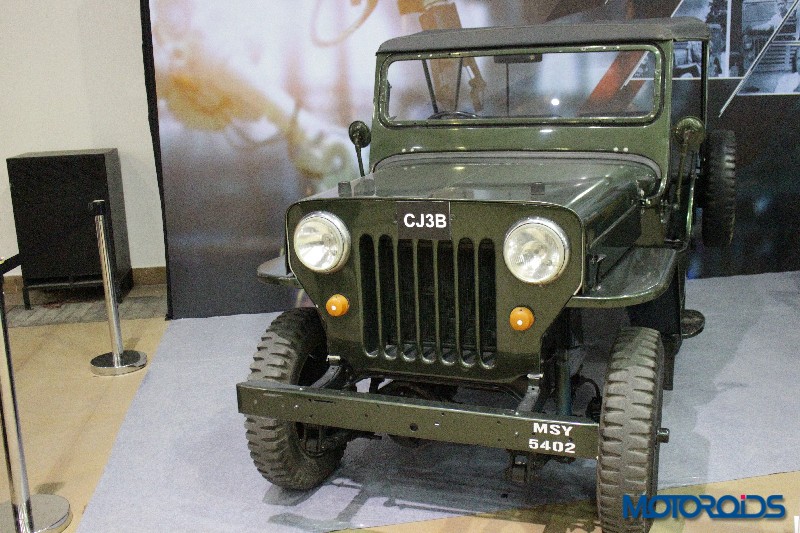 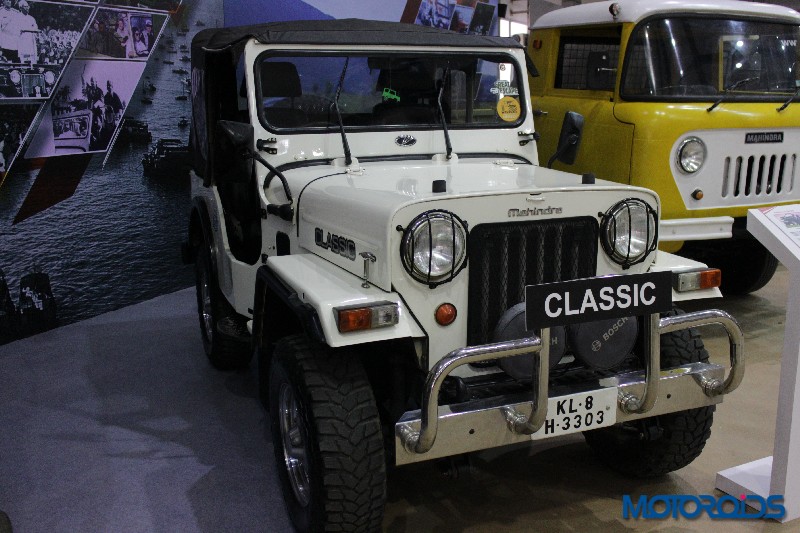 Then at night there was the award ceremony preceded by live music. Kannur Riders and Off-Roaders Club won the coveted “Best Off-Roading Club in India” and lifted the trophy made from a real transmission casing.

at Kannur Riders and Off-Roaders Club lift the “Best Off-Roading Club in India” Trophy at Thar Fest 2019Overall, the experience of attending the Thar Fest 2019 was exhilarating, and worth every moment I spent there. If ever you get a chance to attend this congregation of Thars, don’t think twice – it would be an unforgettable experience.