Soon, you’ll be able to spot a Tesla or two whizzing around town. Tesla chief Elon Musk is hoping to start Indian operations in a few months. Here’s what happened: 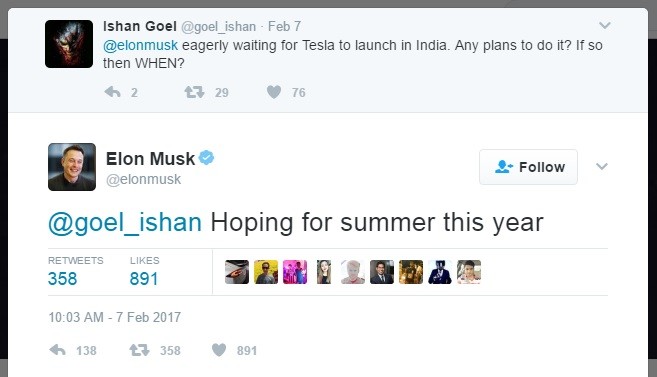 In all probability, Tesla will initiate operations in India with its entire range, including the Model S, the Model X and the upcoming, most promising Model 3. Details are scarce at the moment, but we hope Tesla is aiming to put in place at least a few of its cool Superchargers across the country.  These free charging stations, placed  at strategic locations across a country, can charge a Tesla in a matter of minutes instead of hours.

But undoubtedly, focus will be on getting the Model 3 off the shelves as fast as they can. The Model 3 is the most affordable of the Tesla range of pure electric vehicles. It debuted in April last year in pre-production guise, with a claimed range more than 350 km on a single charge, and an ability to sprint from 0-60 kph in 6 seconds. And that’s just for the base variant. 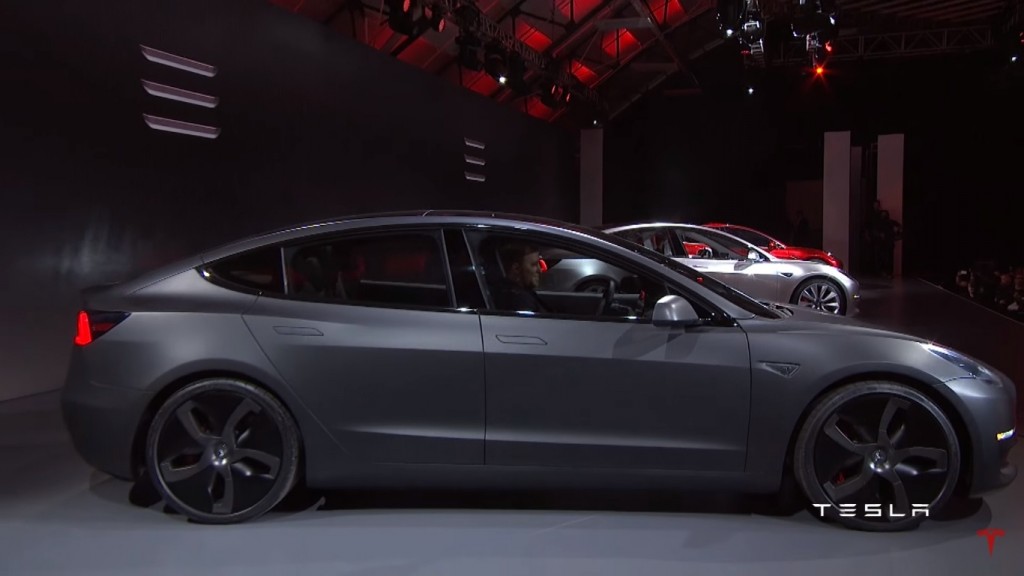 In fact, the Tesla Model 3 became is already available for pre-orders to Indian customers in since April 2016. Its asking price in the US is $35,000 (INR 23 lakh). However, due to high Indian import duties, the Model 3’s Indian prices should soar to nearly INR 50 lakh. While the Model S and Model X might be available to Indian customers by the end of 2017, deliveries of the Model 3 aren’t expected to commence before before 2018.