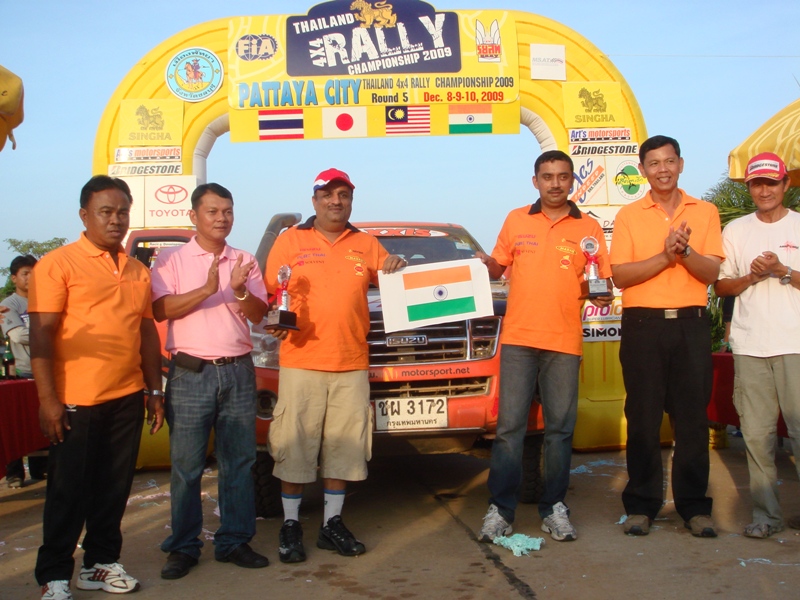 The rally had 22 participants from Malaysia, Japan, India and host nation Thailand and ran a total of 650 kms through dense forest, river streams and rocky mountain passes. In the first leg of the race, the Indian duo finished at the 5th place. The second stage started from Sao Kaeo which took the rally through one of most difficult terrains for 40 kms. Sanjay Takle had no option but to give out his best , if he ever had to catch up with the Malaysian and Thai teams.

At the end of the second stage, the duo clocked in 54.17 seconds to finish 3rd.On day Three, the Indian duo had put the other teams under pressure with their aggressive driving and finally finished at the second position. The Malaysian team with driver Eric Law and team mate finished first in the rally.

This was the second consecutive International win for Sanjay Takle after finishing 3rd in the Malaysian rally last month.