More than 1200 players participated in the India leg of the Audi Quattro Cup this year. Among them, two golfers – Srinivasan Namala and Srinivas Vallabhaneni, representing team Audi India finished in 2nd  place at the finale of the 27th Audi Quattro Cup held from December 1st to 5th at the Quivira Golf Club, Los Cabos in Mexico. This is the best ever performance by an Indian team in the world tournament that sees participation from 51 teams selected after an extremely competitive tournament held across 47 countries with over 700 tournaments and more than 90,000 players participating. 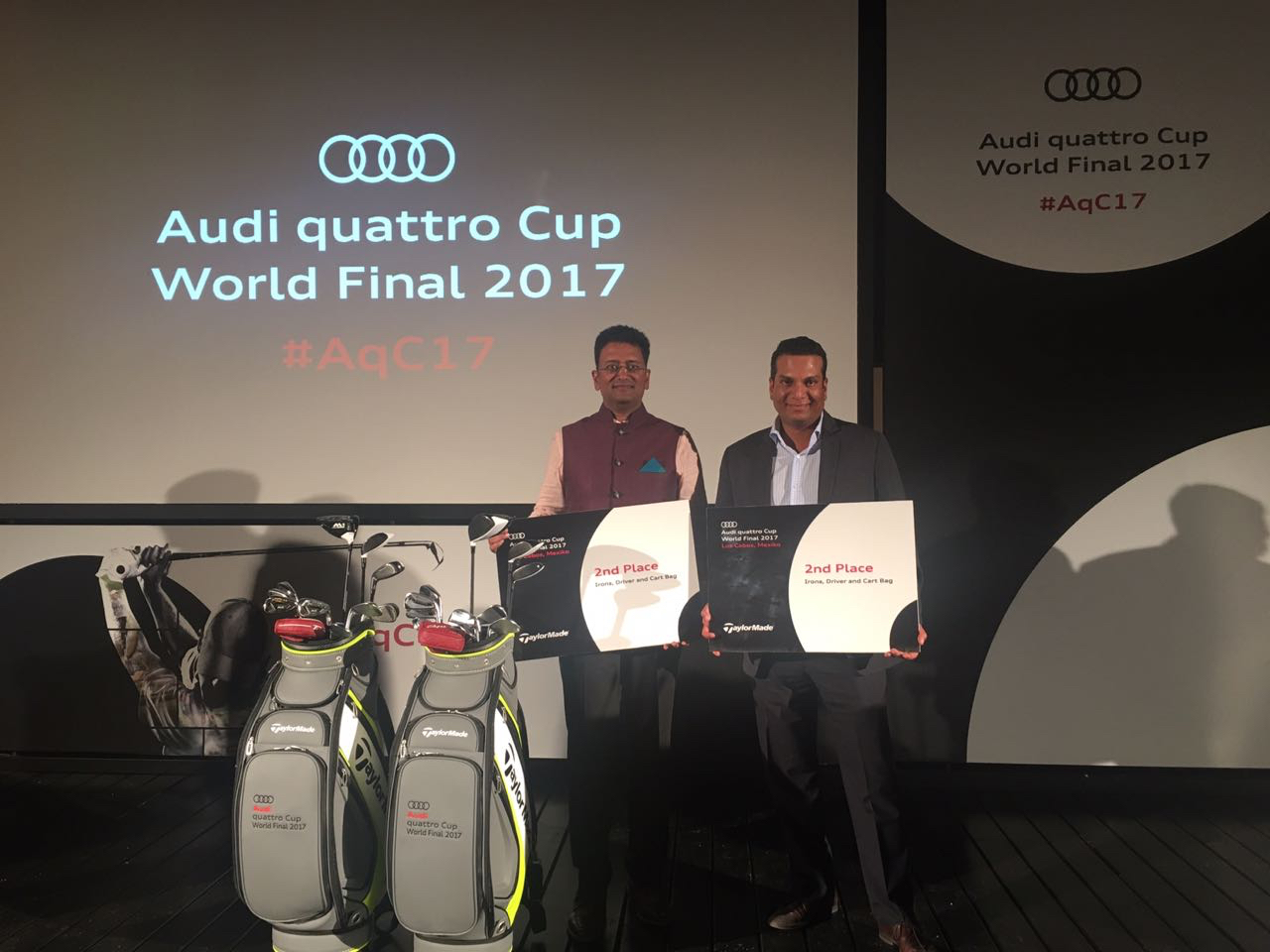 Congratulating the duo, Rahil Ansari, Head, Audi India said, “It’s heartening to see the team from India competing against the best in the world and emerging victorious. I congratulate Srinivasan Namala &amp; Srinivas Vallabhaneni from Hyderabad, who represented team Audi India, on their fantastic performance in the world finals of the Audi Quattro Cup 2017. For more than two decades, the Audi Quattro Cup has been actively promoting golf and has been able to perfectly resonate with the enthusiasm for superlative Audi automobiles. The Indian Edition of the tournament also celebrated its 10th year in India, which coincided with the completion of
Audi’s ten years in India,” said Mr. Rahil Ansari, Head, Audi India.

Srinivasan Namala and Srinivas Vallabhaneni finished in 2nd place after a very exciting round on the first playoff hole against Team Audi Slovakia. It was a tough day where they were preceded by overnight leaders Slovakia by eight Stableford points, the duo then played a fantastic final round and zoomed up the leaderboard to be tied for the top spot at 84 Stableford points. A tight finish ensured that this was the best ever finish by an Indian team at the World Final of the Audi Quattro Cup 2017. The Indian leg of the Audi Quattro Cup is held across the length and the breadth of the country and sees more than 1200 golfers vying for honours each year. Globally, over 90,000 golfers competed in teams of two across more than 700 tournaments in the Audi Quattro Cup in 2017.