Home News Tata Venture to be launched by August 2010, Magic Iris by September-October 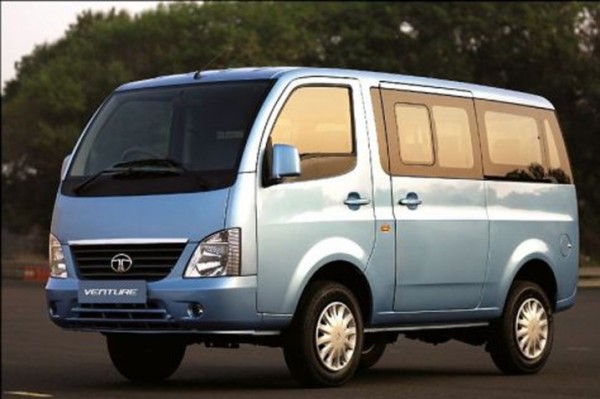 Tata Motors has announced that they will be launching their people mover van Venture sometime in August. The announcement was made at a function celebrating five successful years of the Ace. The company has also sold 5 lakh units of the light pick-up truck.

The Venture is based on the Ace platform, although it is meant to transport people unlike the Ace which is a goods carrier. The Venture, when introduced, will be available in 5, 7 and 8 seat configurations. The biggest advantage of the Venture, however, will be its diesel engine. Currently, there aren’t any such vehicles in the market with a diesel engine. Maruti Suzuki Omni and Eeco are two options, but both of them are petrol powered. Petrol engines for such commercial applications aren’t very suitable as they don’t have the load carrying capabilities of torque diesels and their operating costs too are very high. The Venture will have the old Indica’s diesel engine producing 70 bhp under its hood. Expect the new vehicle to be priced between Rs 4.5 to 6 lakh rupees. The company is also planning to launch the Magic Iris (Click to see spy pics) people carrier by September-October 2010.

Here is a video of the Tata Venture on test near Pune: