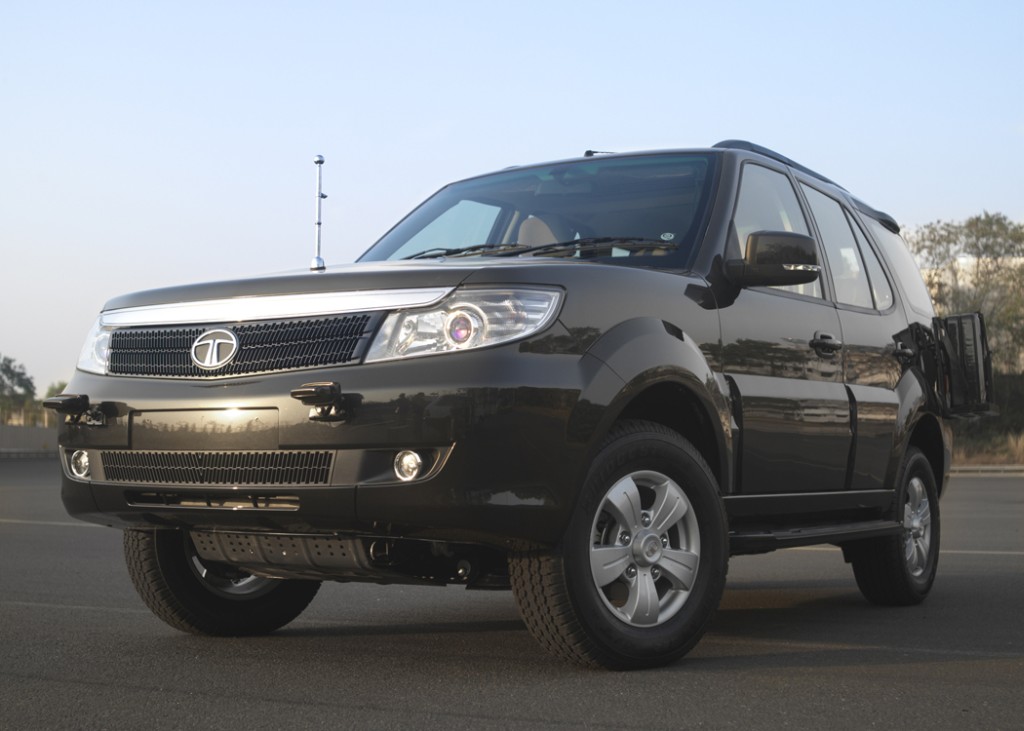 Tata Motors displayed an interesting concept at the Defence Expo 2012 recently. Tata had unveiled the Safari Storme SUV at the Delhi Auto Expo and now, they have showcased an armoured version of the car at the DEFEXPO. Thi version of the popular SUV is being called the Safari Storme GS 800. As per Tata Motors, this armoured vehicle has been developed kepin in mind the Indian Armed Forces’ requirement of a General Service vehicle.Tata says that the GS 800 can transport Army officers in comfort & safety and deal with rough terrain.