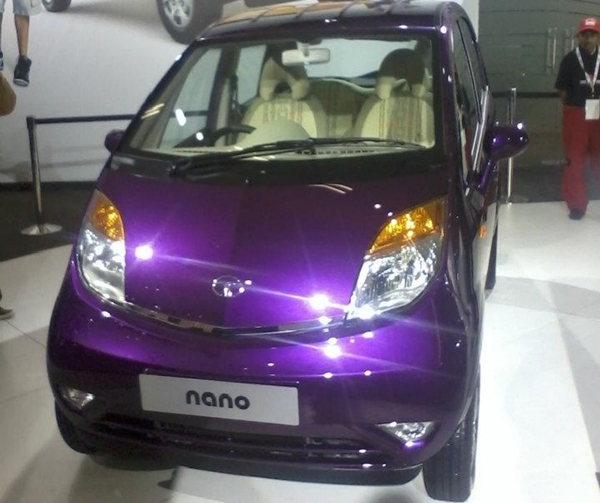 We have been reporting about Tata toying with a plan to come up with a more powerful Nano since quite some time now. Now, as per Autocar India, Tata Motors is working hard to soon launch a new 800cc Nano. Tata plans to market this bigger engined variant as a more upmarket car to eat into the sales of the recently launched Hyundai Eon and hot selling Maruti Alto.It is being said that the more powerful Nano will retail at about Rs.2.4 lakhs (ex-showroom New Delhi). This new variant should debut by mid-2013.We have also been talking about Tata working towards launching a diesel variant of the Nano.An official associated with the development of the Nano’s diesel engine said, “It will be the smallest twin-cylinder turbocharged diesel engine in the world. This turbocharger is the first such product developed by our Bangalore technical centre from scratch. We work with all automakers, but till now we were adapting products from other markets for India.”

It may be noted that people have been spotting a diesel Nano under testing around Pune and as if the excitement was already not huge, sometime back we had stumbled upon this piece of info that talks about an astonishing mileage of 40 kmpl from the oil burner version of this super compact. Yeah, you read it correct, a mileage figure of 40 kilometers per liter!! Anything like this is sure to easily be the ultimate answer to the ‘average kitna hai?’ factor our market is famous for. Come to think of it, the Bajaj Pulsar 220 DTSi that is in use by me these days hardly touches 40 kmpl of petrol. The fact that diesel is almost 33% cheaper to buy than petrol makes the deal even sweeter. So basically, you get a car that is cheaper to run than a bike and on doing some basic mathematics, the running cost will turn out to be very close to merely being 1 Rs./ kilometer. The powerplant is a a 700cc and 2 cylinder in configuration and coupled with the 15 liter fuel tank, Nano should a range of about 600 kms. Now, the source of this exciting news: