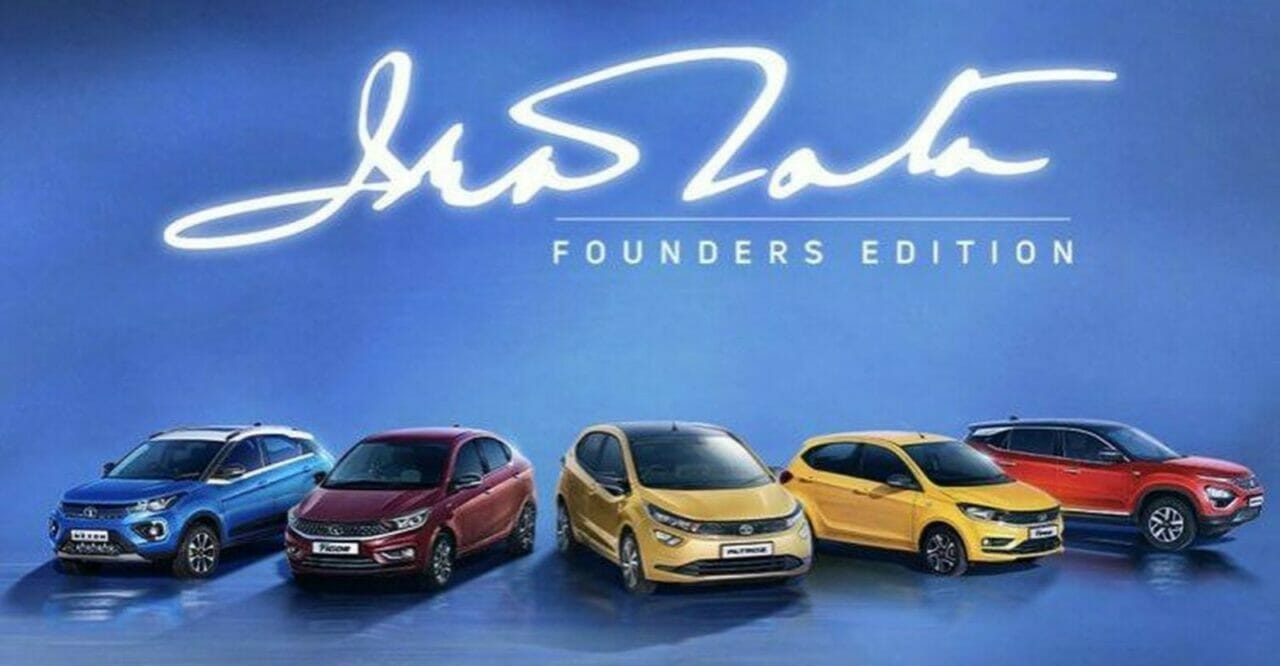 Tata Motors will mark its 75th anniversary this year. And to commemorate this special occasion, Tata Motors has unveiled Founders edition versions of its cars to pay a fitting tribute to their founder Shri Jehangir Ratanji Dadabhoy Tata, popularly known as Shri JRD Tata. Tata has unveiled the founders’ edition for its Tiago, Tigor, Altroz, Nexon and the Harrier.

Tata Motors was founded way back in 1945, the year in which the world war 2 ended. Back then, it was launched as Tata Engineering and Locomotive Company Ltd. and it made its foray into the passenger car segment in 1991. 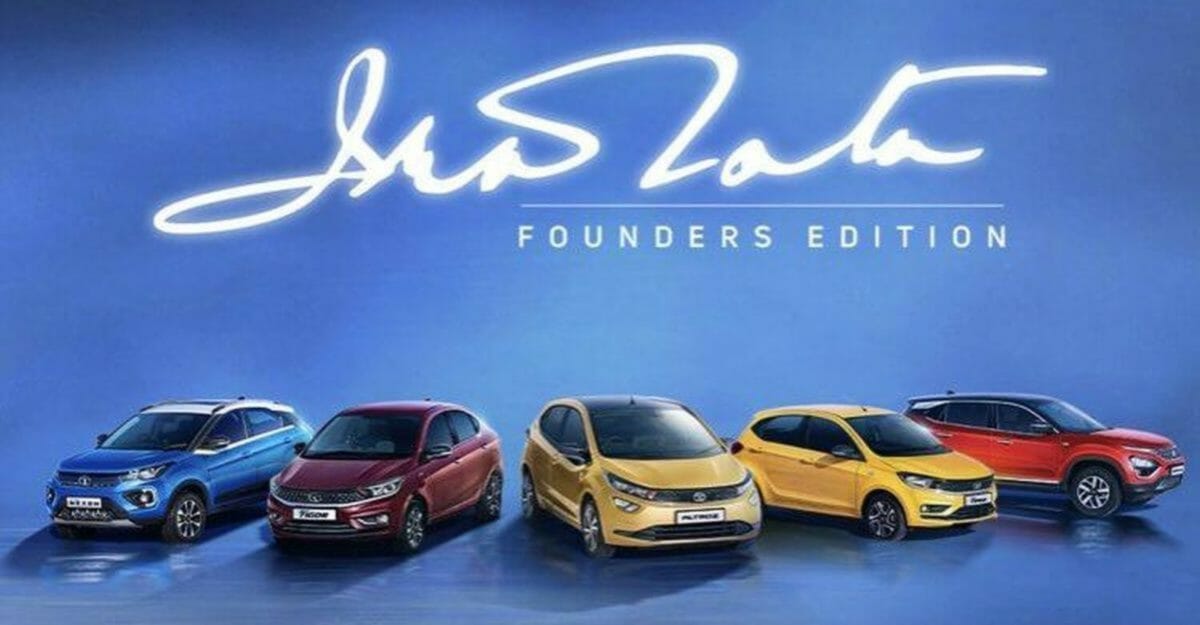 Talking about the man Shri JRD Tata himself he was an aviator, industrialist, entrepreneur and chairman of Tata Group. Born into the Tata family of India, he was the son of noted businessman Ratanji Dadabhoy Tata and his wife Suzanne Brière. His mother was the first woman in India to drive a car and, in 1929, he became the first licensed pilot in India.

He is also best known for being the founder of several industries under the Tata Group, including Tata Consultancy Services, Tata Motors, Titan Industries, Tata Salt, Voltas and Air India. In 1983, he was awarded the French Legion of Honour and in 1955 and 1992, he received two of India’s highest civilian awards the Padma Vibhushan and the Bharat Ratna. These honours were bestowed on him for his contributions to Indian industry. 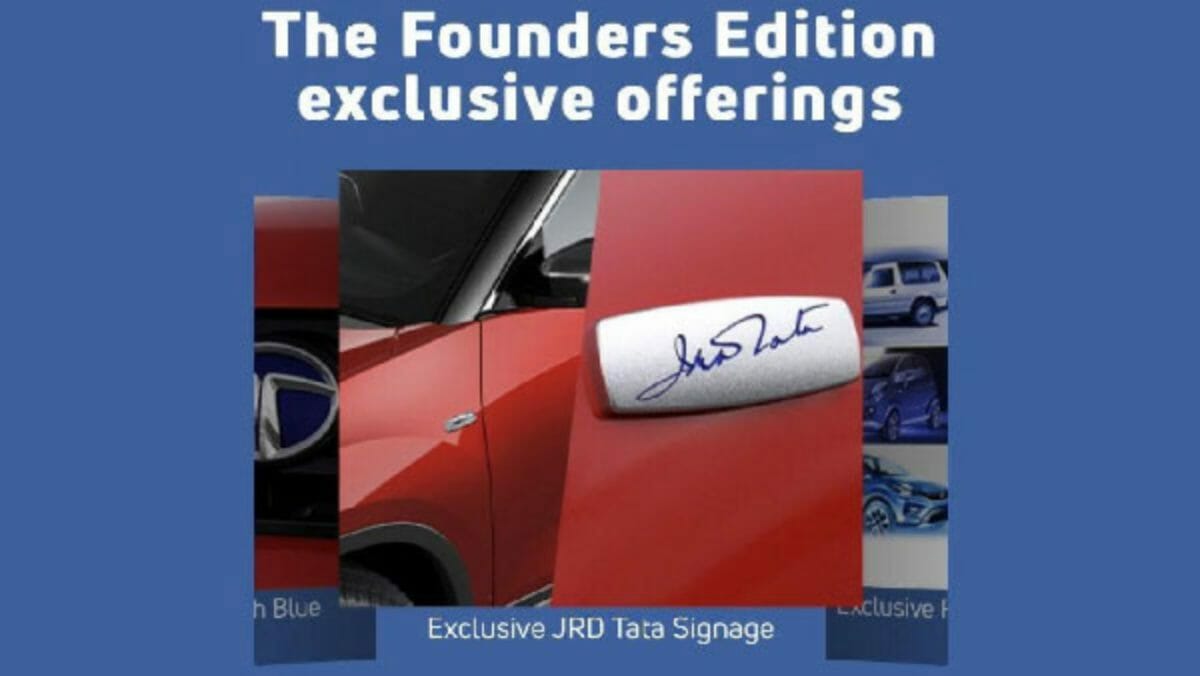 Talking about the founders’ edition, it will be available for Tata’s employees only. These models carry a newly designed logo and a special signage in honour. The Founders edition also offers an exclusive founders’ edition postcards from iconic series and a photo frame as well.

The bespoke JRD Tata signage can be seen on the fender creases, rear pillar and the dashboard. It also sports a new Tata emblem in blue background. January has been a busy month for Tata Motors. They first introduced the Altroz turbo petrol version, followed by the much-awaited unveiling of the Tata Safari further followed by the introduction of a limited edition Tiago. 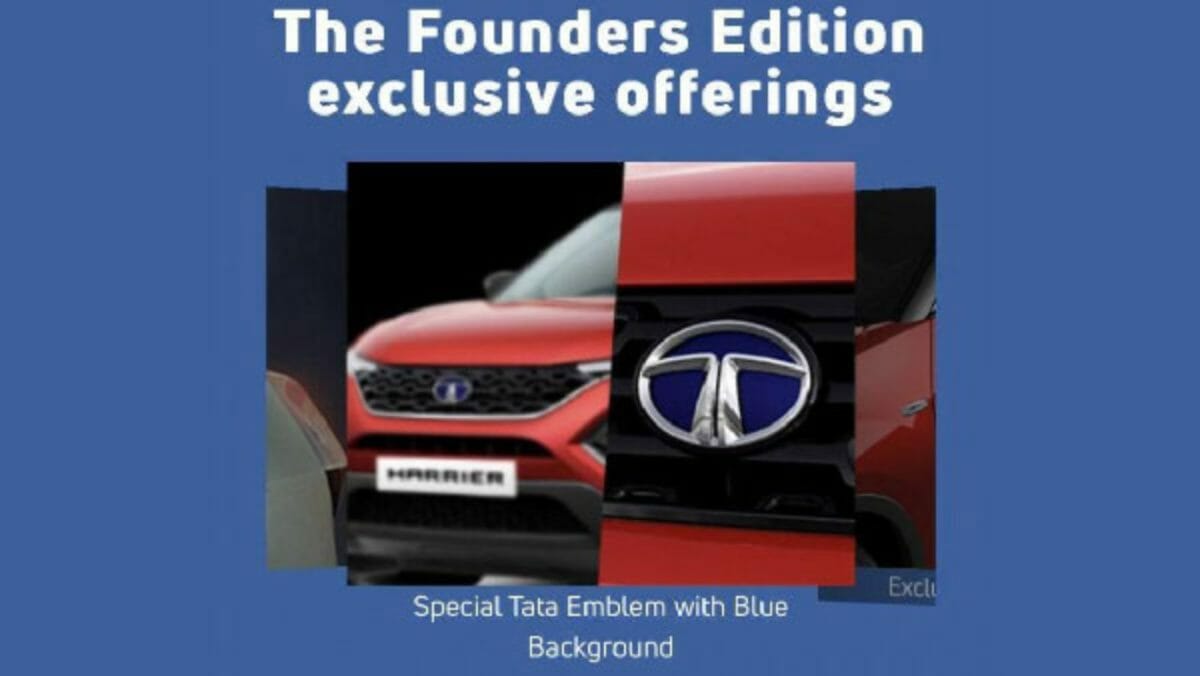 Overall, a strong performance in January 2020 duly helped by as many as 3 new unveilings helped Tata Motors sit a comfortable 3rd in the list of largest auto market share for January 2021.