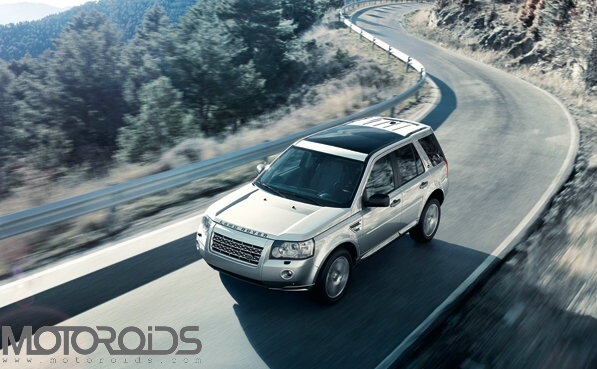 Tata Motors is planning to start assembling their Land Rover vehicles in India.  The company would start assembling the SUVs in India from next year. Apart from India, the company is also looking at China to set up an assembly line. Experts believe that a much higher demand for JLR products in China means that it would be more sensible for the company to set up a plant there rather than coming to India. Be it India or China, this would be the first time that JLR cars will be assembled outside the UK.
Company’s chairman Ratan Tata, said recently that he would also want to extend the product lineup of Jaguar by adding a station wagon, a roadster and an entry-level car in the product lineup of the brand.

Tata Motors plans to launch these India assembled cars in the country by mid-2011. The assembly operations will be carried out the company’s Pimpri plant near Pune where modern machines will be installed for the purpose. It’s notable that earlier Mercedes-Benz was using this facility to assemble its cars in India, but after having set up their brand new plant in Chakan, they are not using it anymore. The assembly line will first be used for the assembly of the Land Rover Freelander, and other models will be introduced later.
Initial experimental assembly runs will start from December 2010 in the assembly line which will see an investment of close to Rs 150 crore. The capacity of the assembly line for the initial phase will be 20 cars per month. Once the trial assembly runs of Freelander are successful, Tata Motors will start assembling other Land Rover models too.

Page 1 of 2. Go to next page for specifications and price of Freelander and image gallery.

The Freelander comes with a 2.2-litre diesel engine mated to a six-speed manual or automatic transmission. Here is the specifications sheet of the SUV’s engine

The Freelander is a BMW X3 / Audi Q5 competitor and is priced in the range of Rs 35-40 lakh rupees in India, depending on the what equipment level you opt for. The company has so far managed to sell 240+ LR cars in India through its dealership in Mumbai.