And the Tata Kite continues to be spotted on Pune roads. Our avid reader and follower Rutwesh Shirbhate managed to click the Tata Kite hatchback test mule which was plying near the Tata Motors facility in Pimpri near Pune. As can be seen, the Kite hatchback will probably get a small integrated spoiler at the rear, which is purely for cosmetic purposes. The Kite will get black outer rear-view mirrors along with diamond cut eight spoke alloys. 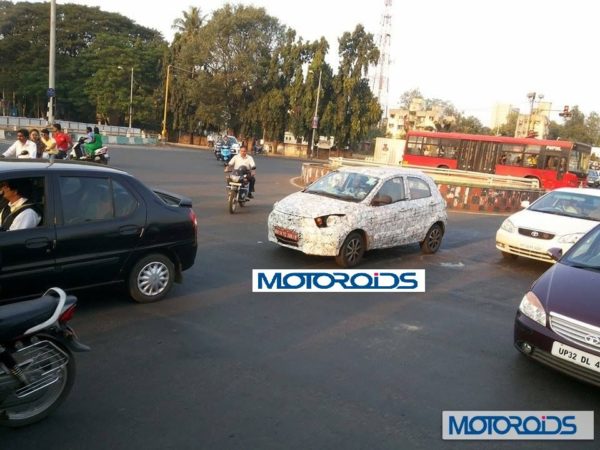 As already known, the Kite will replaced the Indica in the Indian market and will ride on a re-engineered platform on which the current Indica is built. The Kite is expected to be available with petrol and diesel engines, both likely to be turbocharged. A 1.05 liter-3 pot turbo diesel motor with 64.1bhp of power and 140Nm of torque will power the diesel variants. Petrol engine on the Kite will be the 1.2 liter REVOTRON turbo petrol motor from the Bolt/Zest. 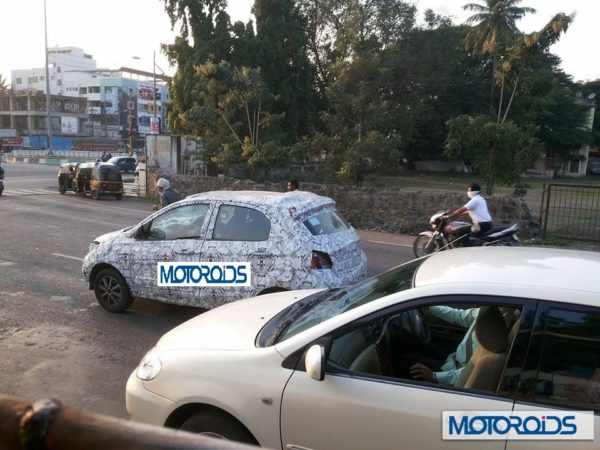 We also have a video of another test mule taken by our friends at AutoColumn :

Stay tuned to Motoroids for more updates on the Tata Kite launch and other details.