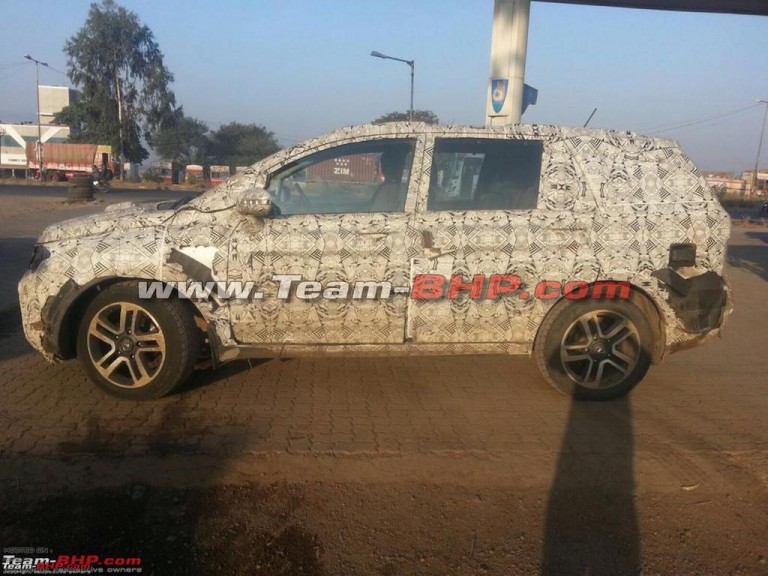 The Tata Hexa, which has been spied on numerous occasions, now seems to be in the final stages of testing. With almost a month to go for the launch which is expected to take place at the upcoming Auto Expo in Delhi, spy images of the interiors spotted at Kolhapur, Maharashtra. The spy images reveal the interiors of the HEXA that gets the new Terrain Management System apart from a host of other features. 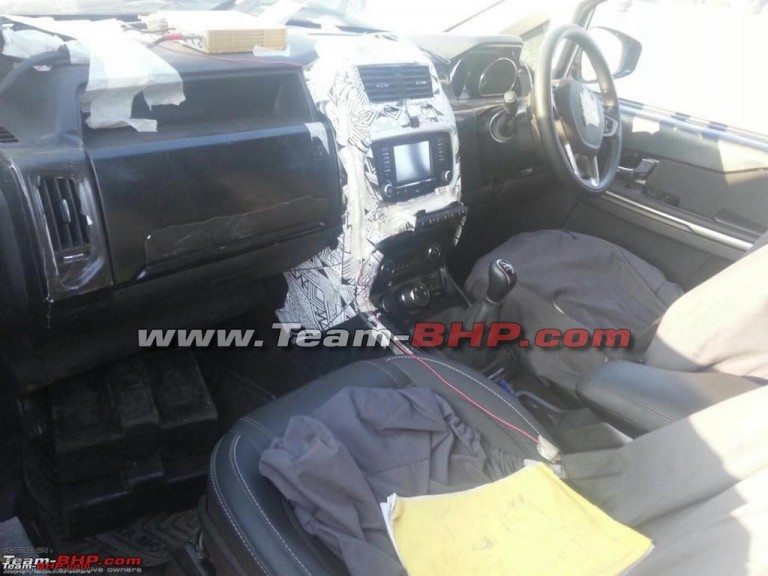 Although the exteriors of the car seem to be based on its predecessor, the Aria, the switches and the material on the interiors have been given a total revamp. A 3 spoke steering wheel replaces the 4 spoke wheel on the outgoing model, the Aria, while the dual air vents on the side are replaced with dual vents on the top of the centre console. The infotainment system by Harman will come with a touch-screen display other than navigation and various connectivity options. 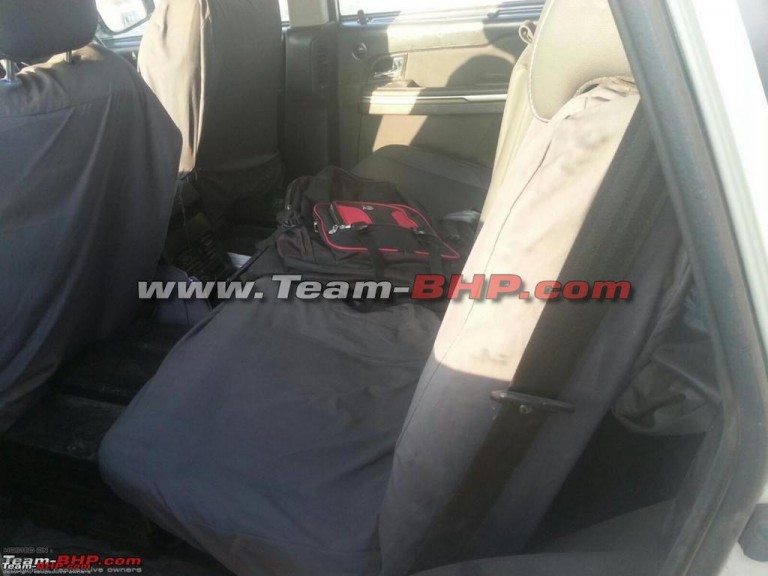 The instrument cluster features two large cylindrical pods separated by an MID unit in between. Seat upholstery emerges to be a new design while the Terrain Management System on the Hexa will be the first in its class. A control knob below the center console will help the driver choose between 4 suspension settings – Comfort, Dynamic Auto and Rough road. This feature, according to reports, has been derived from the Land Rover. Spy images also reveal that the Hexa will get alloy wheels. 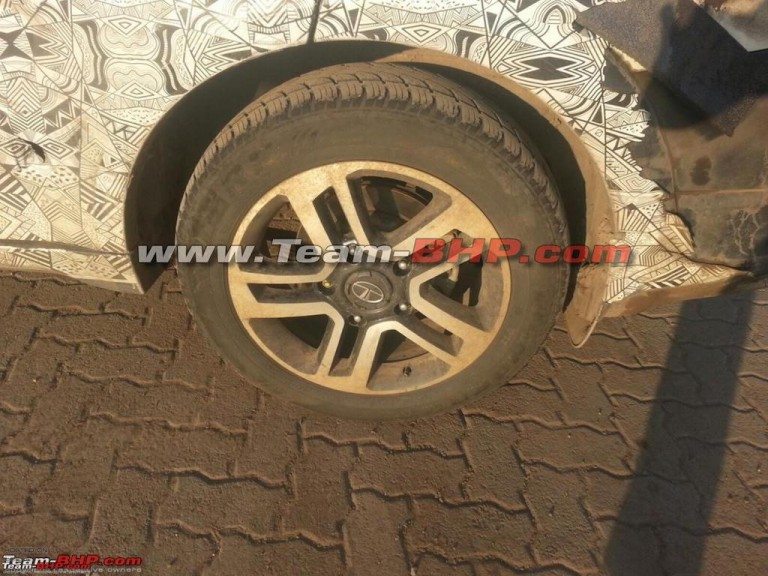 Coming to the engine, powering the Hexa would be a 2.2 litre Varicor diesel engine that will produce 154 hp of peak power and a maximum torque of 400 Nm. Transmission duties will be carried out by a 5 speed manual transmission or a 6 speed auto gearbox.

The Hexa would be launched at the upcoming Auto Show in February. Follow our news updates as we report to you live from the Auto Expo.