Apart from a sportier and powerful Tata Bolt, Tata Motors will also be showcasing the Hexa Crossover Concept at the ongoing Geneva Motor Show 2015. According to reports, this concept is near production ready.

The Hexa will come with six seats (hence, it has been named the ‘Hexa’) in a three-row configuration. The middle row will feature captain seats. Powering the Hexa will be an uprated version of the 2.2-litre DiCOR engine producing 148 bhp. 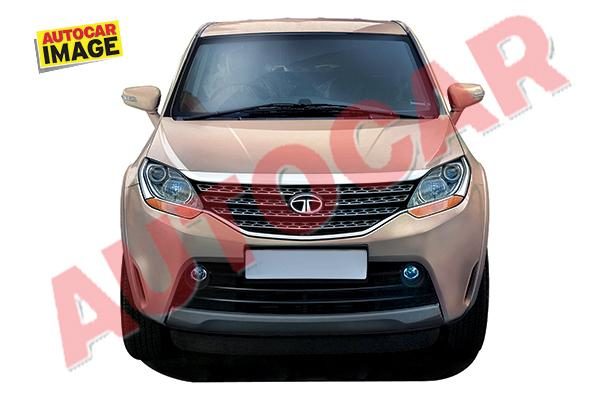 The Hexa crossover concept features swept-back lights, a large grille and heavy use of chrome. Tata will also be applying the same design language on their SUV and crossover models in the near future.

Although not much details are available at the moment, the Hexa will go on sale in early 2016. Stay tuned to Motoroids as we will dig in and bring you the latest updates from the Geneva Motor Show 2015. Let us know your thoughts about the Hexa in the comments section below.