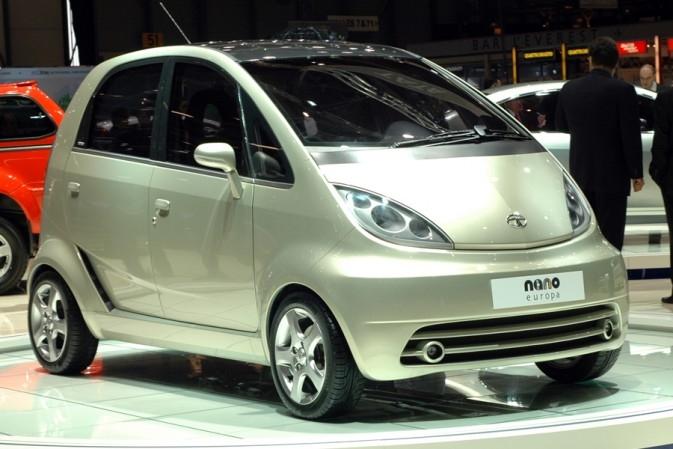 Tuesday is one big day for the automobile industry, its D-day for Geneva Auto Show stepping in the 81th year now. We have been reporting to you about the new concepts and expected new models but now it’s time. Get ready for GENEVA. Nothing can be more exciting than this; Even Tata Motors is quite excited as they are ready to reveal their new Concept car named PIXEL. The poor response to the Nano didn’t bring the company’s spirit down. In fact they have come up with a new concept based on the Nano.

This car which is at its premature stage will be primarily made for the European market. It features three Gull winged doors (doors which open in the direction of the sky) and is built on the Nano base which means it’s around 3 meter but comes with better equipped and large interiors keeping in mind the European market. The unveiling will be done by Chairman Mr Ratan Tata.

We assume that the PIXEL is going to be an advanced version of the Europa. PIXEL meets strict European safety measures and provides a lot of space which the Nano Europa lacked. We have no clue about the specifications or the launch date as Tata officials choose to keep mum. It won’t be more than a couple of days before the concept is out though, as the Geneva show goes underway!