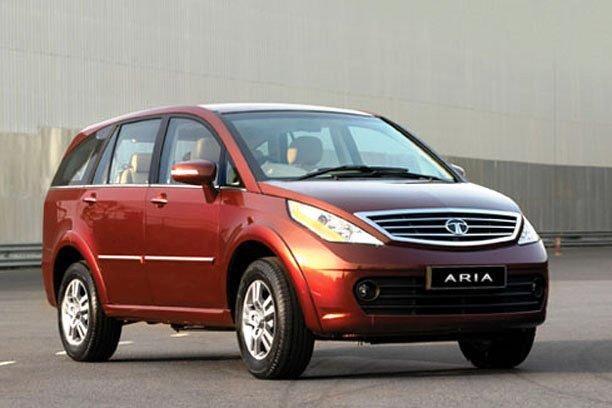 It’s official, Tata Motors’ newest MUV-SUV cross the Aria will make its debut in the Indian market on the 11th of October. The company has confirmed the launch that in a press release. The vehicle will be made available in all the major cities and towns right from the outset.
The Aria is Tata’s most exhaustive and modern in-house product in recent times. The 2011 Tata Safari will also be based on the Aria crossover. The Aria will feature many technological firsts for Tata including traction control and other tech-wizardry. It’s reported that the engineers from Land Rover have helped Tata give the finishing touches to the Aria for a more polishes end product. The 2011 Tata Safari will most likely share its chassis and powertrain with this new crossover.
The Aria was first shown as a concept at the 75th Geneva Motor Show in 2005 and in the New Delhi Auto Expo 2006 before being unveiled at the New Delhi Auto Expo in January 2010.

It has taken Tata Motors more than four years to develop the Aria, as the development began in 2006. It’s one of the most rigorously developed product from Tata and will push the Indian company into a new direction with the acquired learnings from the development phase. A team of over 150 individuals, comprising multi-discipline specialists from the Tata Motors Group and vendor-partners, have been working on this project, and really hope that the products turns out be totally worth the effort. Expect the price to start from 9-10 lakh rupees for the base variants and go all the way up to 12-13 lakh for the top of line version