Kari Motor Speedway turned into a battle ground as participants of 2014 MMSC-FMSCI National Racing tried their best to achieve top spot in the race.

Round 3 of the 2014 MMSC-FMSCI National Racing Championship (NRC) at the Kari Motor Speedway (KMS) in Coimbatore witnessed extraordinary performance from Tarun Reddy as the 16 year old beat title contenders Vikash Anand and Advait Deodhar in the MRF FF1600 race. Vikash Anand had a great day which included a win and a 2nd place in the MRF 1600 championship. Other winners included Ashish Ramaswamy in the Indian Touring Cars, Varun Anekar and Advait Deodhar in the Toyota EMR, VJ Senthil in the Indian Junior Touring Cars, Balavijay in the Superstock and S Narendran in the Formula Swift 1300. 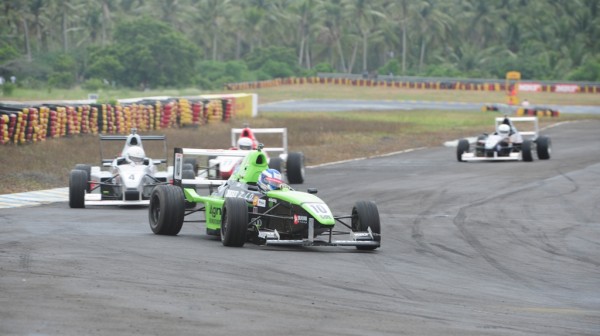 Action resumed on day 2 at the KMS with the Formula LGB 1300 category. S Narendran took his second win in a row with a commanding performance. There was another close battle for 2nd place with Goutam Parekh just managing to beat Ajay Kini and Deepak Chinappa.

Next race of the day saw the Indian Junior Touring Cars (IJTC). DR Senthil took his first win of the season as he broke Feroze Khan’s winning streak. Senthil had an early battle with Siddharth B but pulled away to win comfortably. Siddharth finished in 2nd place ahead of championship leader Feroze Khan.

The Toyota Etios Motor Trophy had some close racing in both races of the one make championship. In Race 3, Dean Mascarenhas took the early lead with Race 1 winner Varun Anekar right behind him. On lap 5 Varun made his move and overtook Dean to take the lead of the race. He went on to win comfortably with Dean finishing in 2nd place and Hashim finishing in 3rd place. 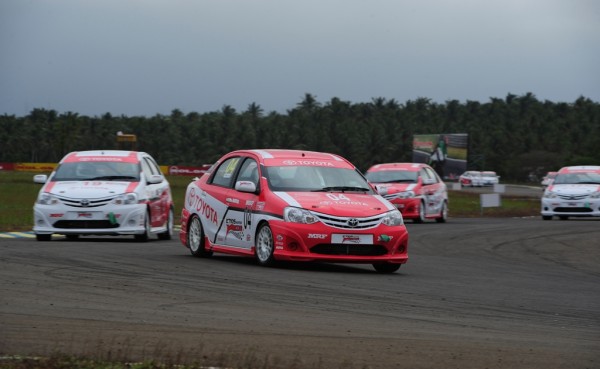 In the reverse-grid Race 4 of the Toyota EMR, Vidyuth started on pole position along with Advait Deodhar. Vidyuth held on to the lead but was overtaken by Advait with 5 laps to go. Championship contender Dean Mascarenhas moved in to 2nd place on lap 7 and closed in on Advait but was unable to launch a challenge. Vidyuth completed the third step of the podium.

Balavijay became the first driver to win all races to date in 2014 with another win in the Superstock category. In a replay of Race 1, behind him there was a great battle for 2nd place between Joel Joseph and Deepak Chinappa. Joel and Deepak had a race long battle with Deepak unable to find a way past.

The Indian Touring Cars was a race long battle between veteran B Vidyaprakash and youngster Ashish Ramaswamy. The race ended with Vidyaprakash being punted out of the lead by Ashish, who crossed the chequered flag in 1st place. Raja Ram finished 2nd while Championship leader Arjun Narendran had a tough race and finished in 3rd position, suffering his first loss of the season.

Here is the Race Classifications in the end