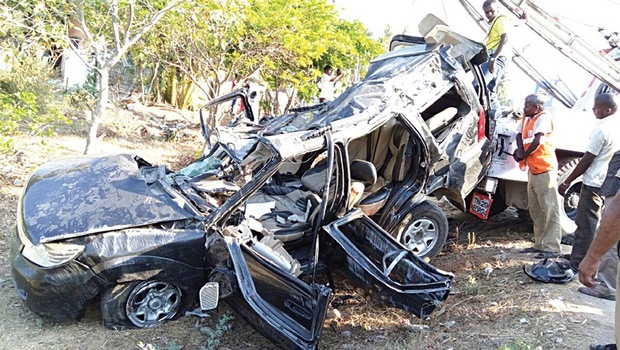 Temperature doesn’t seem the only thing to be rising in this season of heat and perspiration. The roads see a considerable rise in the number of accidents in this season due to tyre bursts because of the heat combined with inappropriate air pressure. One such unfortunate incident took place yesterday in Dharmapuri district of Tamil Nadu.

Six people were killed when the Tata Safari Storme they were travelling in suffered a rear tyre burst which resulted in the SUV jumping the median as the driver lost control, before it rammed head-on into a lorry coming from the opposite direction. The impact of mishap was such that even a massive and sturdy vehicle such as the Tata Safari Storme was reduced to a heap of mangled metal. 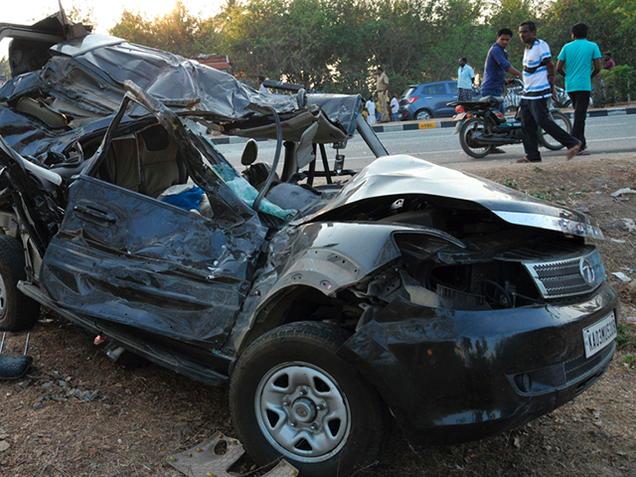 The accident, which took place on the NH-7 near Karimangalam in Tamil Nadu, left 5 occupants of the SUV as well as the driver of the lorry dead on the spot while the lone survivor of the mishap, is admitted to a hospital with severe injuries.

Travelling in SUV were 3 couples who were reportedly heading from Bengaluru to Ooty when tragedy struck.  Local police identified the deceased as Avinash Kumar, the driver of the SUV, Ramandeep Singh and his wife Navneet Kaur, Akansha Singh, Bhaji Thag, the driver of the lorry and another unidentified person from the SUV.  The lone survivor was Avinash’s wife, Megha. Her legs are said to have been severely injured due to the mishap.