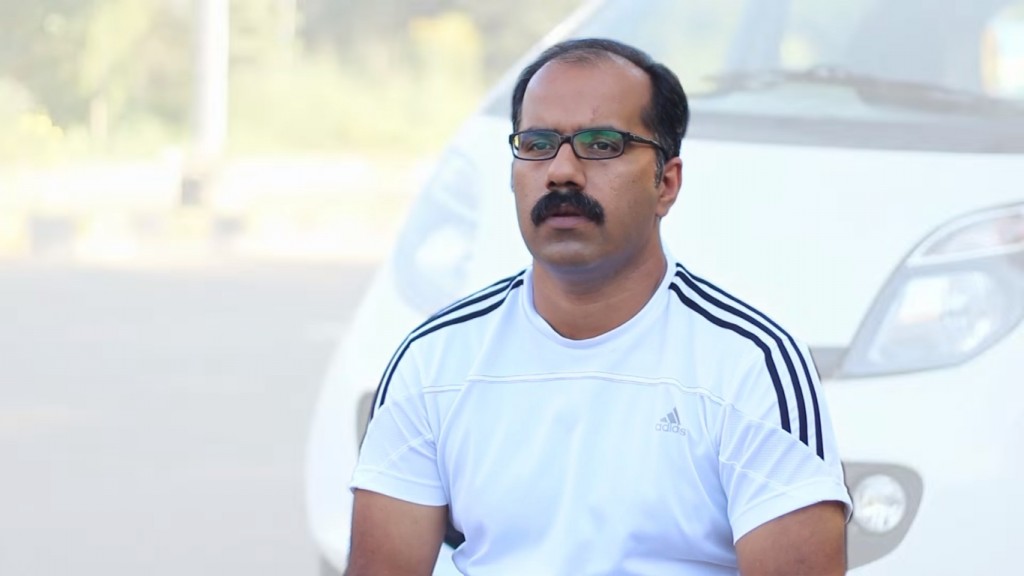 Five years ago, on a late night, Roshy John, Practice Head at Tata Consultancy Services, took a cab from the airport to go home. On the way he noticed that the cab driver was dozing off while behind  the wheel. Roshy observed that the driver was tired, sleepy and was struggling to keep his eyes open while driving and lost control over the vehicle a few times. Taking no more chances, he swapped seats with the driver and drove the taxi by himself. The night ended but the incident pushed Roshy to find a solution. Thereafter, gearing up with his capabilities, along with a small team of engineers and no clue from where to start, Roshy set on a 5 year journey to create an Autonomous vehicle – self driving car. 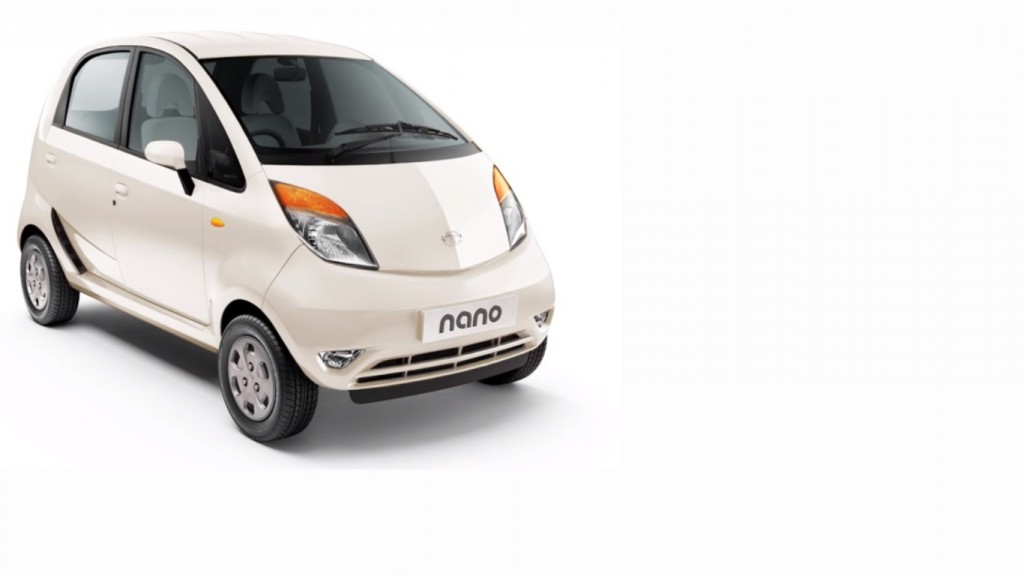 For the creation of the autonomous vehicle, Roshy choose the Tata Nano as their test mule since it is a rear engined vehicle and has space at the front for the necessary sensors and actuators. Initially, he started to observe and analyse the road conditions of the Indian cities and inferred that for tight traffic and bad roads he will have to build a car with a lot of precision. 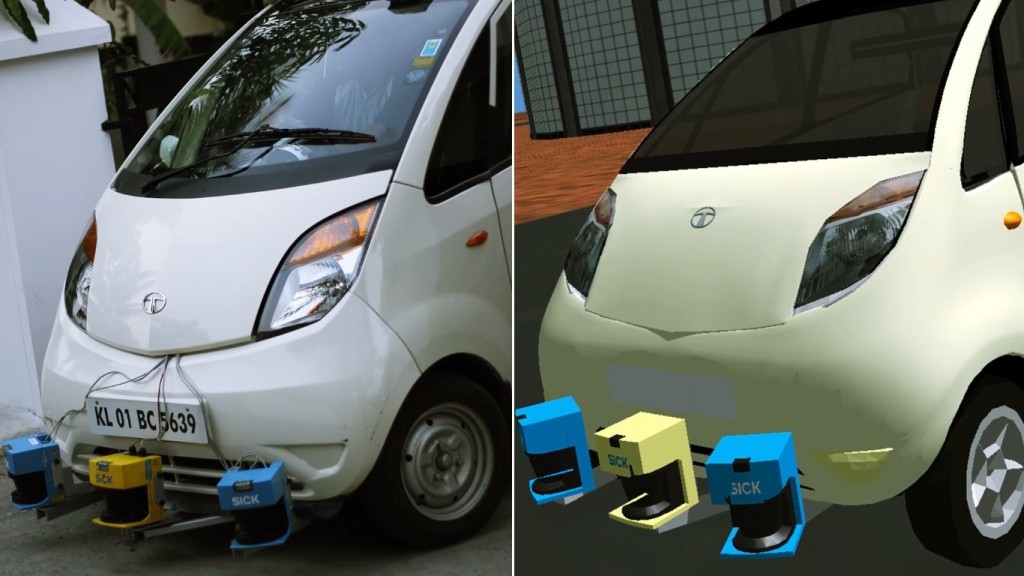 Along with his team, he created a digital replica of the Tata Nano and also simulated a city with drivable roads to test the Nano. They fed the digital creation with all the necessary data in order to test the project it to its full capabilities. Roshy fitted cameras on to his actual car and drove it around on real roads; the recordings from the cameras were used to tune the algorithms on the simulation system. 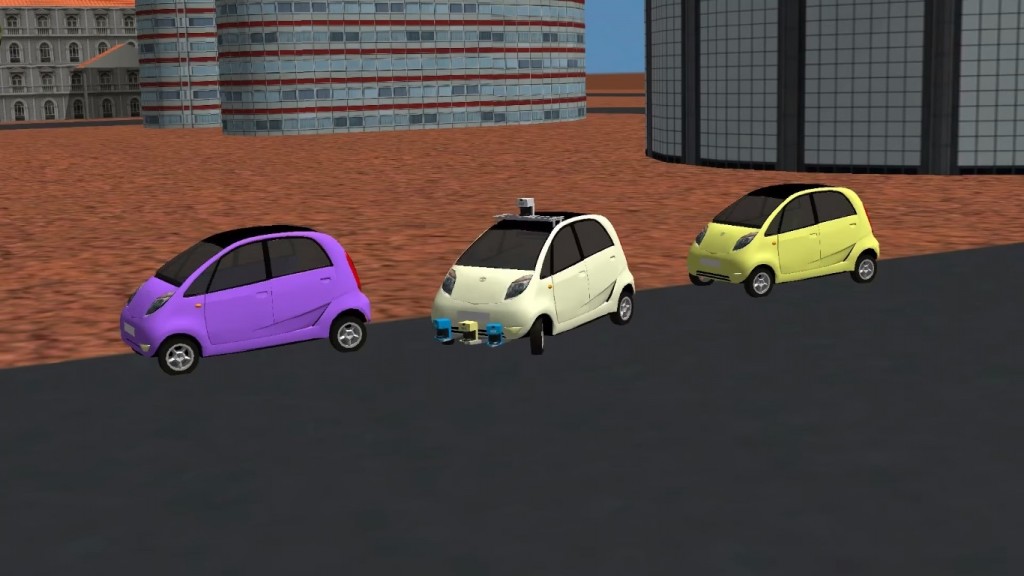 Further, the team bought themselves a brand new Tata Nano to finally translate the idea into real life. The team opened up the car completely and modified it too. The modification was done in order to accommodate the cameras, sensors and actuators and all the other systems required to help the Nano run all be itself. But there was a problem, the simulated version of the Tata Nano was considered with an automatic transmission, whereas the real life prototype had a manual transmission. But this didn’t stop the guy; the team went ahead and built themselves an automated manual transmission. 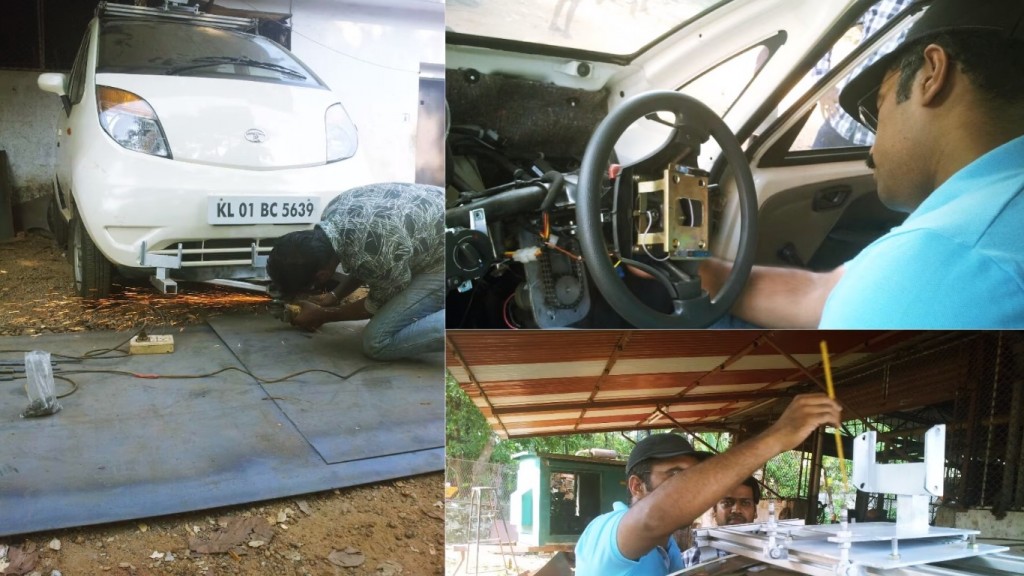 After putting all pieces together, the Nano was taken to the roads for testing. Roshy identified certain asphalt roads on construction sites made by builders before creating the buildings. They used these roads to test the vehicle as it was safe and usually empty. In the testing process, the team tuned and re-tuned the algorithms of the car so the car could drive itself seamlessly. They created a system that could be incorporated into any vehicle in less than an hour. 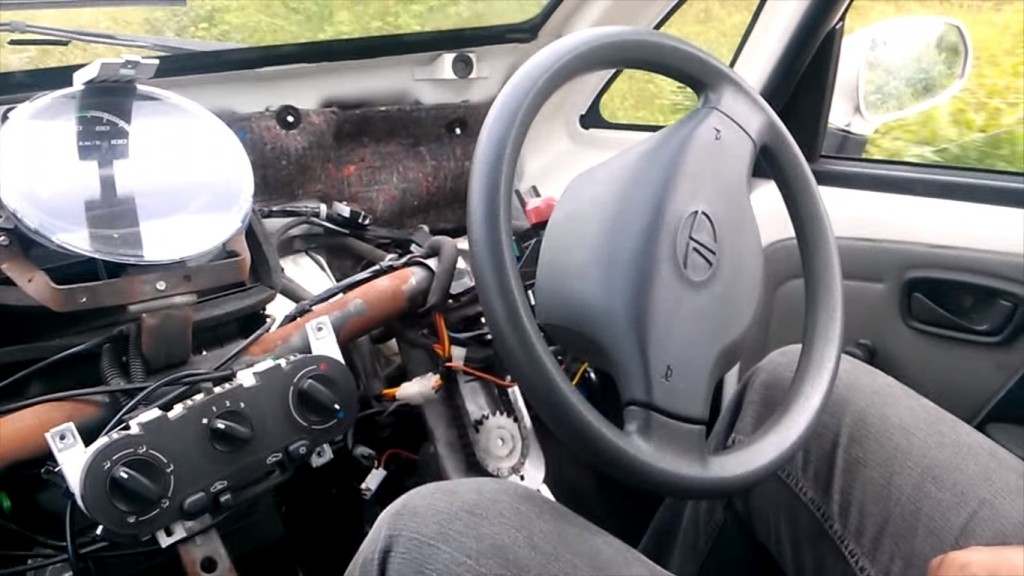 On the test run, the Nano was fitted with a camera on the inside, and the team members also recorded all the testing from the outside. Roshy’s team members were observing logs of the car on the run through wireless network so that they could abort the whole process if anything went wrong. Also onboard passengers could employ the emergency switch fitted inside in the time of crisis. In a certain testing process, Roshy took a jump in front of the moving car to see if it stopped, and it did. Roshy claims that the vehicle reacted in a better way than any human driver would. 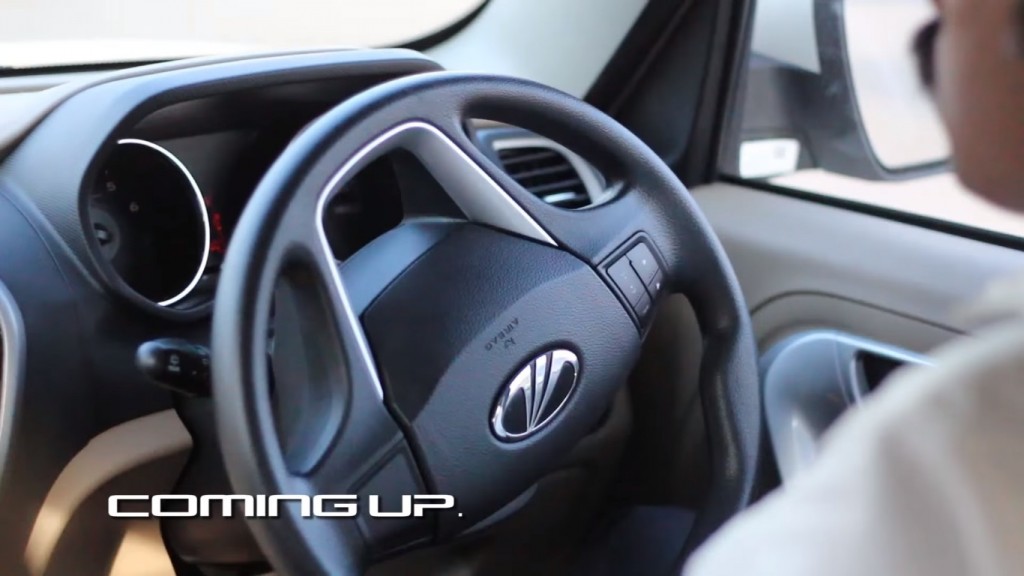 Here is a video from the maker himself about the journey in making the autonomous Tata Nano. Interestingly Roshy has not stopped with the Nano, in the video he hints about ‘coming up’ project. Roshy’s next project will be based on the Mahindra TUV 300!