Home News Suzuki Unveils Its Much Awaited Katana at 2018 Intermot

After hitting us with three teasers and a reveal date, Suzuki has gone ahead and unveiled its 2019 Katana that makes a comeback after almost 13 years! The current generation pays homage to the original Katana that was launched in 1981 and is known as one of the most memorable motorcycles made by Suzuki. The current Katana, however, shares its underpinnings with the GSX-S1000 which is a naked motorcycle by Suzuki. The new design features a square shaped LED headlamp that is housed in a sharp angular fairing, the fuel tank to has been sharpened and chiselled, this design element has restricted the fuel tank capacity to just 12-litres. 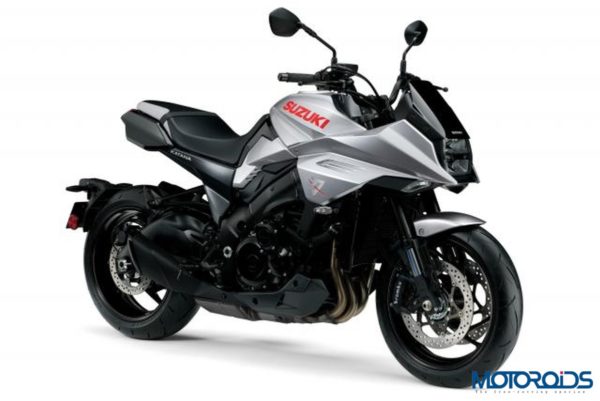 Just like Kawasaki did with the Z900RS, the Suzuki Katana exists to pay homage to the original motorcycle so much so that it even uses the same font as found on the 1981 Katana. The rear is a similar old-school floating tail section that looks simple and sophisticated, while the addition of an all-digital LCD dash is a clear indication of how this is going to be a fine blend where old meets new. The sharp, minimal and bold styling of the Katana gets you all nostalgic if you remember this motorcycle and is likely to be one of its biggest selling points. The 2019 Suzuki Katana will be powered by the same 999cc motor found on the GSX-S1000R as speculated, this in-line four-cylinder motor puts out 150 bhp of power @ 10,000 rpm and 108 Nm of torque @ 9,500 rpm, it also comes mated to a 6-speed transmission along with a slipper clutch. 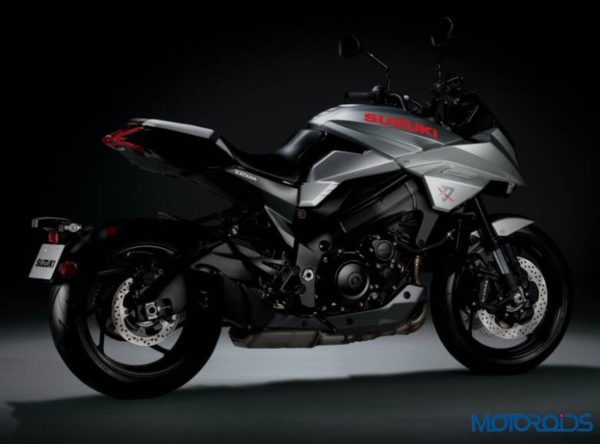 So clearly there is no turbocharged 700cc motor as previously suspected but that just means we’re going to have to wait a little longer before Suzuki starts moving towards forced induction. In terms of electronics, the Katana now gets a three-level traction control to choose from along with the option to have it turned off completely. Under all those layers of nostalgia and sharp bodywork rests Suzuki’s twin-spar aluminium alloy frame which is found on the GSX-S1000 and should help make the Katana feel as modern a handler as possible. Suspension too makes its way from Suzuki’s line-up in the form of fully adjustable KYB 43mm USD forks, and a link-type mono-shock in the rear that is also adjustable for pre-load and rebound damping. 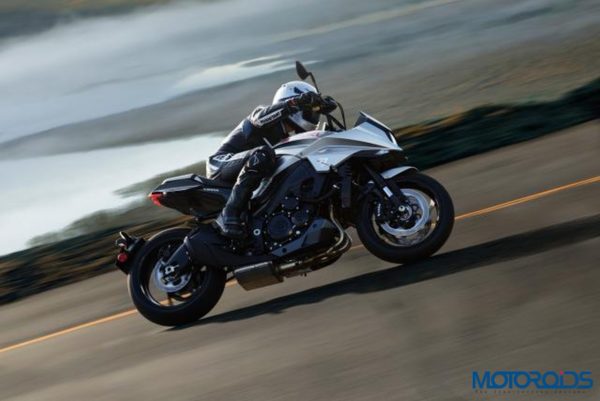 Braking, on the other hand, is taken care of by Brembo’s radial callipers along with the addition of dual-channel ABS that will be available as standard. Suzuki will put the Katana on sale by 2019 in Europe, it is possible Suzuki India will bring it down here to rival the likes of the Kawasaki Z900RS. We suspect Suzuki will bring the legendary Katana to India by the end of 2019, all in all, this would be a very welcome addition to a rich, nostalgic segment.