Sometime back, when the world was still functioning normally, Suzuki unveiled a new livery for their MotoGP Race bike, the GSX-RR. It donned a new silver and blue scheme and looked smashing in those colours. The new livery was inspired by the 60th anniversary of Suzuki’s first motorcycling world title. Unfortunately, we couldn’t see the GSX-RR with the new livery in action as the races were called off because of the coronavirus outbreak. But now, Suzuki has brought the same livery for their road-going flagship litre-class superbike, the GSX-R1000R. 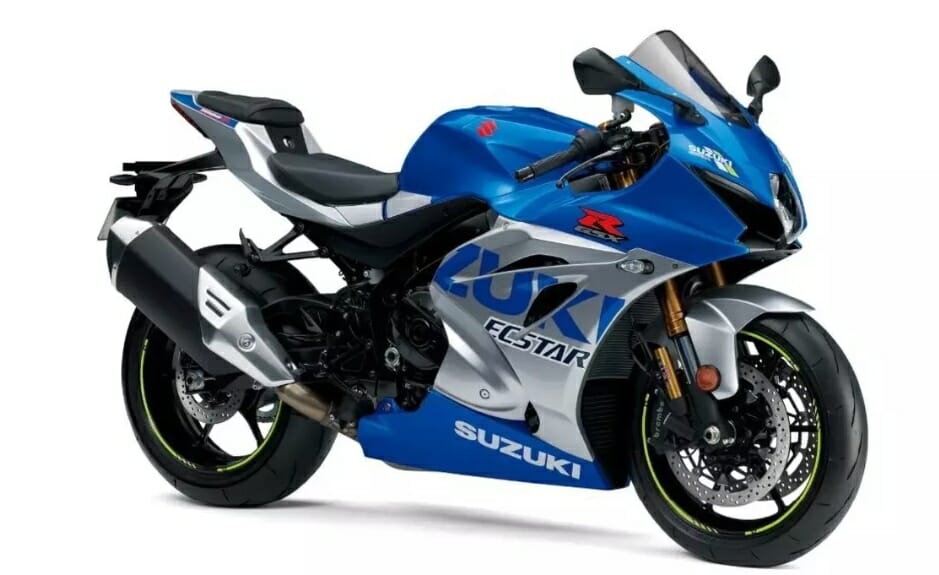 Suzuki initially planned to showcase their updated line-up of motorcycles at the Tokyo and Osaka motorcycle shows but since they were called off too, Suzuki had to make do by creating a virtual show. It is the same show where the new colour schemes for the Katana were unveiled. The new 2020 GSX-R1000R sports the same livery and the silver shade is visible on the front fender, fairing and the side and rear panels. With the new livery, the Japanese manufacturer’s flagship offering looks more visually appealing than before.

The changes in the 2020 iteration of the GSX-R1000R are limited to this livery only as it remains the same, both, cosmetically and mechanically. It has the same compact LED headlights upfront with the same LED DRLs. It retains the same styling and has the same set of electronics too, including the GSX-RR inspired MotoGP dash. Mechanically too, it is still the same and continues to draw power from its 999cc inline-four cylinder engine producing peak output figures of 197hp at 13,200rpm and 117Nm of torque at 10,800rpm.

They have also introduced the same livery for the GSX-R150 and GSX-R125. The smaller cousins too, look better than before in these new colours. The GSX-R1000R is Suzuki’s take on the litre-class segment which is currently being ruled by much more powerful superbikes like the Ducati Panigale V4 and the BMW S1000RR in terms of horsepower.