Suzuki Motorcycles India Pvt. Ltd. Is the 100% owned subsidiary of the Japanese Giant Suzuki. With its recent operations in the Indian market, its market share has proved to be ever increasing. The firm registered a growth of 61% for December 2009. Suzuki has already introduced a few premium high capacity bikes from its stable. “The superbike demand in India is consistently growing,” said Suzuki Motorcycle India marketing & sales Vice-President Atul Gupta. Leaving the superbikes aside, Suzuki may also launch a gearless scooter along with a 150cc bike in India. 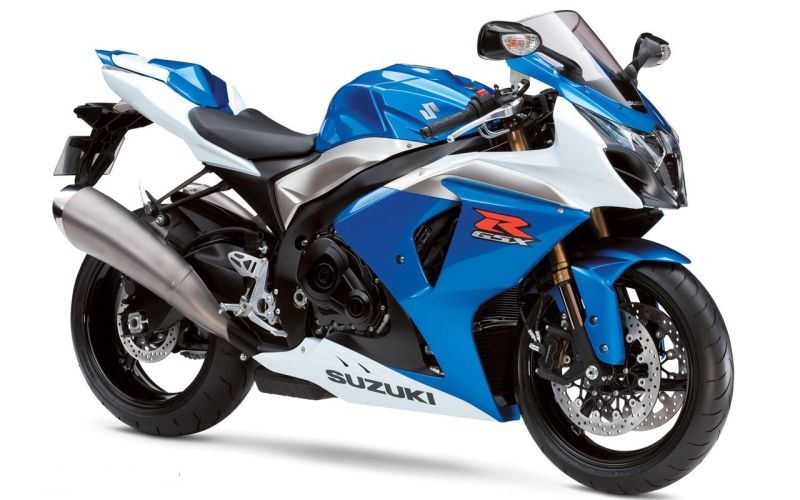 Suzuki will display its litre-class sportsbike the GSXR 1000 at the Auto Expo 2010. The new Gixxer 1000 has been engineered from the ground up and is totally different from its earlier version. The new 999cc GSX-R1000 is a clean sheet design built to maximize combustion efficiency with more torque and power, enhanced throttle response and reduced exhaust emissions. There is a good chance that Suzuki will launch the GSX1000 to capture its share of the market from the likes of the Fireblade and the R1.

Unique Suzuki Drive Mode Selector (S-DMS) system allows the rider to select one of three fuel injection and ignition system maps, adjusting power delivery to suit personal preference.  Using a button now located on the left handlebar control module, the rider can instantaneously switch between the three available maps, which are designated A, B and C as displayed on the instrument panel. 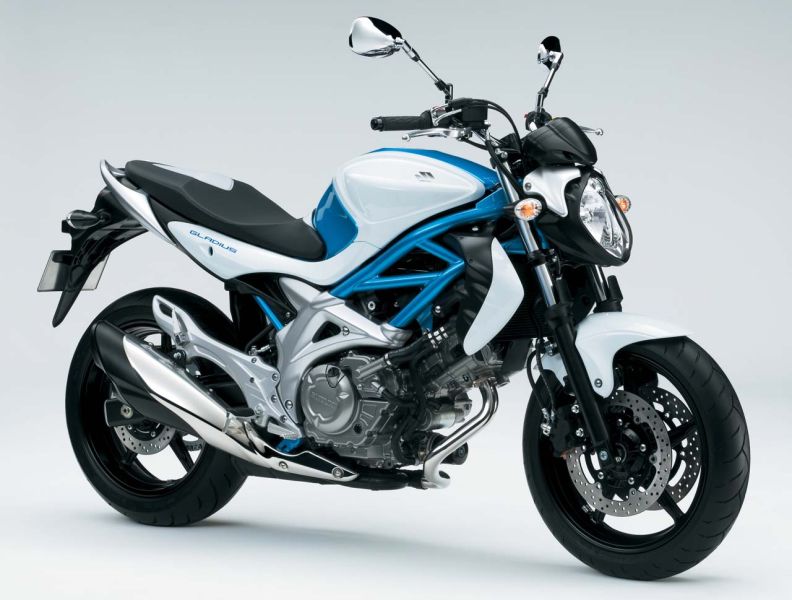 The Gladius 650 is a light sports machine developed by Suzuki to cater to those who want to have a sporty machine but not as hardcore as the GSX 1000 or the 600. The Gladius was primarily developed with keeping female and short riders in mind and with its 65 bhp engine, light weight and relatively lower price tag, makes great sense for markets like India. What further strengthens the gladius’ case for India is that it was built to a price and is cheaper than its immediate competitors.

The naked motorcycle introduced by Suzuki for the 2009 model year features a new design and an upgraded engine from the SV650. 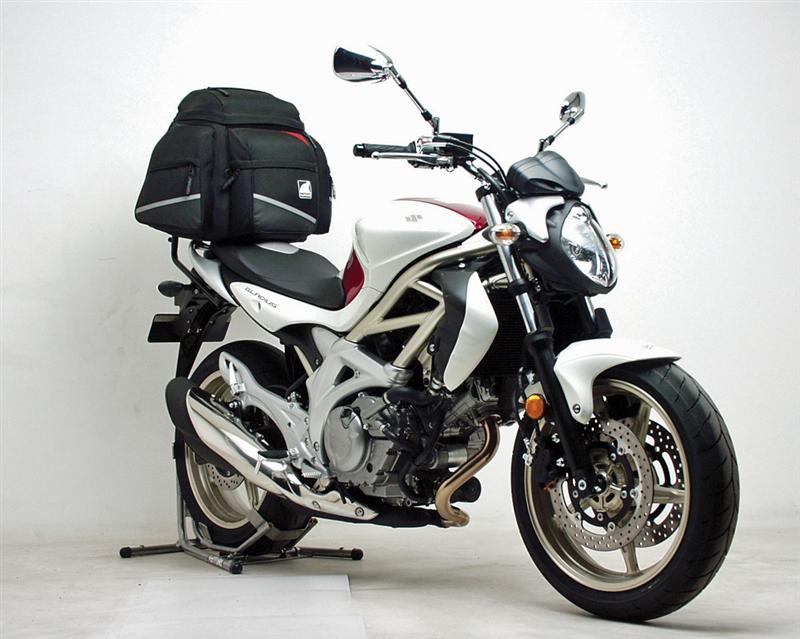 With a price tag of $6,899 the Gladius is priced between the competing $6,399 Kawasaki ER-6N (Ninja 650R) twin and the $6,990 Yamaha FZ6R. Of course the bike will have to go through the rigors of homologation if Suzuki decides to bring the bike to India, but with an estimated Indian price tag of Rs 6 lakh, it’ll be the cheapest sports machine in the country. Suzuki claim the bike returns a fuel efficiency of 25kmpl, something which strengthens the bike’s case for India even further. 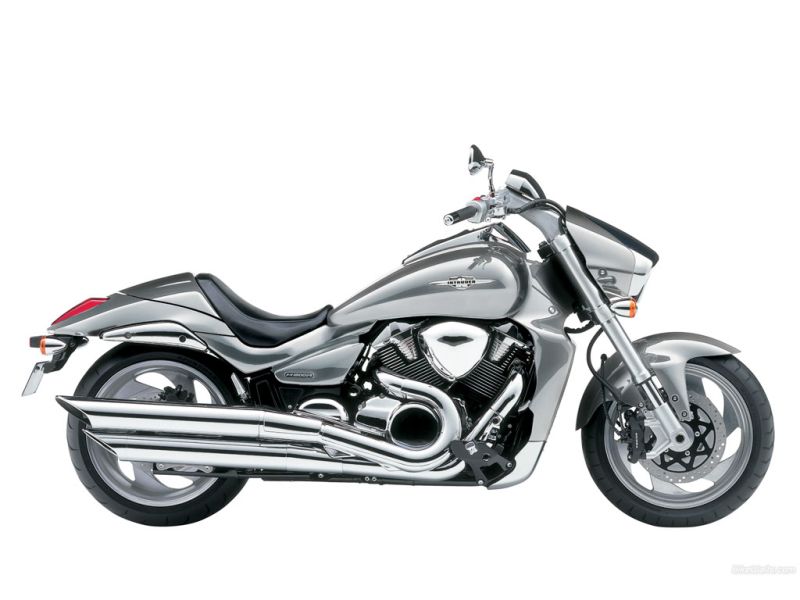 The intruder has been selling in the Indian market for more than a year now. We have ridden the bike, have liked its looks and absolutely hated its seating position. We expect Suzuki to display the 2010 version of the bike at the Auto Expo 2010. Whats new? Well, the engine and mechanicals remain the same. However, Suzuki has internationally introduced some new colours for the 2010 version. We expect some of the colour options to make way to india as well. 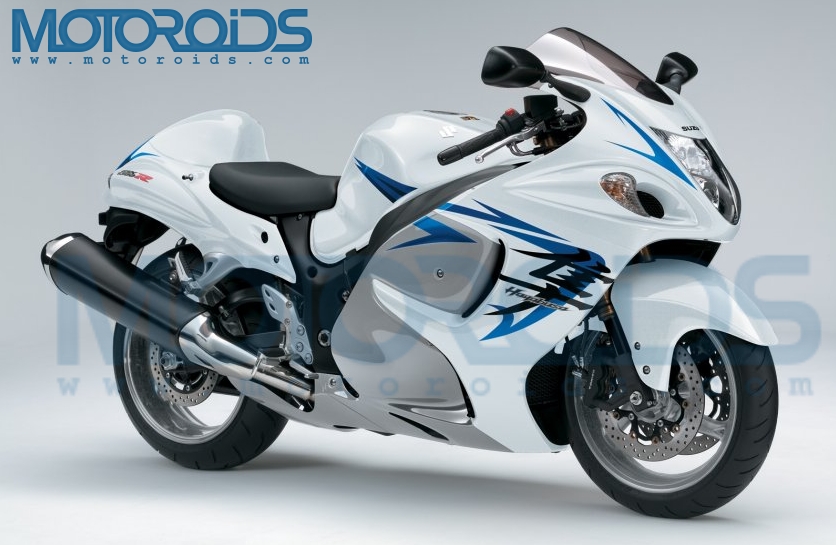 The Hayabusa too just like the intruder will be available in new colours. One of the exponents will be exhibited at the Expo.

Suzuki have been secretly developing a 250cc machine for India. We have some friends in the auto ancillary industry who have been telling us that this project is underway for quite some time. Various components have been procured and if our sense of smell is right, we should see a 250cc concept by the Japanese maker in the Expo. We don’t expect the machine to be a tech fest like the Ninja, but it should be a capable two fifty single capable of doing a genuine 140 km/h of top speed and around 25bhp of power. Let’s keep our fingers crossed.