Over the time period of ownership, one tends to use and replace a considerable number of parts on their motorcycle. While some replacements may come down to regular wear and tear, there are many other reasons, like a fall or some accident, which call for a part replacement. Now, one has two options to go for in such a case, to either replace it with an OEM part or an inexpensive non-OEM part which would save you a considerable amount of money. Whatever your choice may be, it shall come with a set of its consequences you prepare yourself for. However, this shop in Karol Bagh has reportedly been cheating customers by selling counterfeit Suzuki parts, which look like the OEM part but are miles away in terms of quality and durability. Suzuki Motorcycles has taken care of this by lodging an FIR against the concerned person. 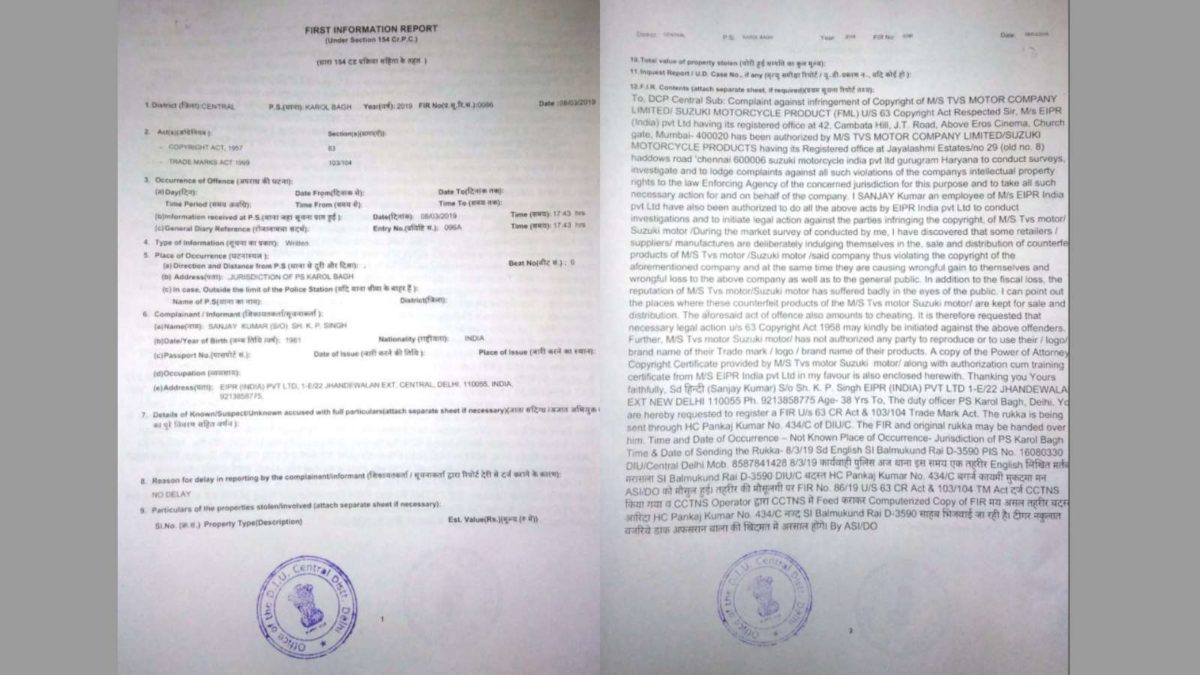 The FIR was accompanied by a police raid, which in pictures showcases the huge amount of counterfeit spares the police have managed to confiscate. Acting at the right time, this raid has not only saved many innocent bikers from purchasing counterfeit goods but also sends a warning to other such cheats who sell counterfeit products in other parts of the country. In pictures, we can see a number of seized goods, including chain kits, clutch cables and some more, all of which have been wrapped in a Suzuki branded polythene bag and rolls of Suzuki holograms can also be seen. 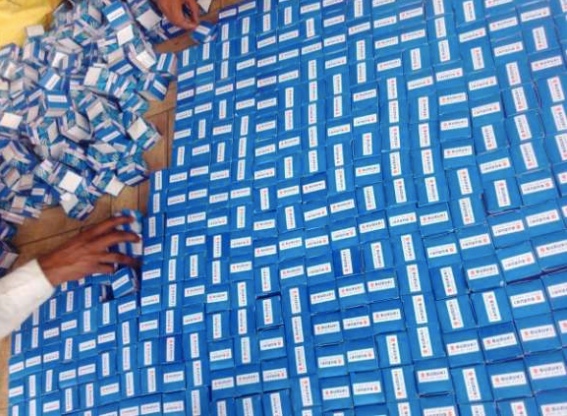 How can you make sure that you are not being cheated and sold a counterfeit product? Well, there actually is only one way, as seen in the images of this raid, things like holograms too can be duplicated. The only option you have is too buy parts and have them installed at certified Suzuki workshops only. Not only will there be a guarantee of the originality of the parts but the technicians and mechanics too, have been trained to be the best set of eyes and hands to take care of your pride and joy.