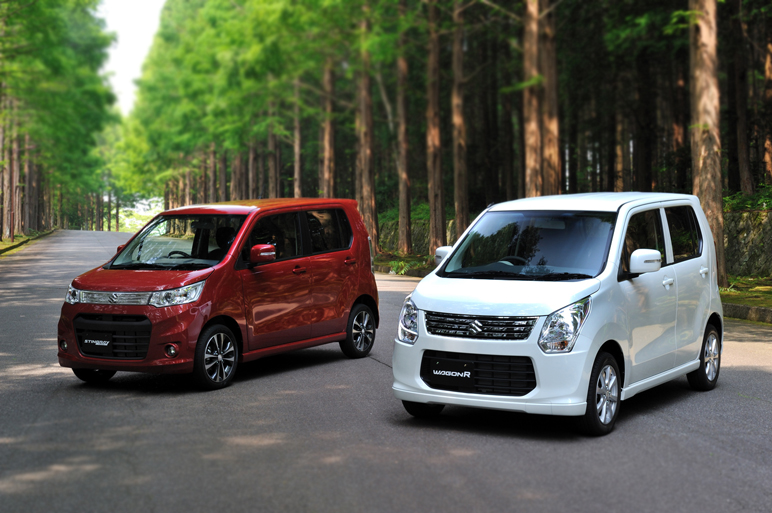 Suzuki recently unveiled the 2013 edition of its high selling WagonR kei car. The tall boy, which is one of the largest selling cars in Indian market, gets a facelift and some changes to the mechanicals.

The latest version of the WagonR is lighter than the outgoing model by as much as 75kgs. The tall boy also gets a start stop and a brake energy regeneration system. All this helps boost the fuel economy figure of the car to an astounding 28.8 Kmpl!

The JDM WagonR is powered by a 660cc, 3 cylinder K-Series motor that comes with an option of a turbocharger. The car also gets an optional all wheel drive system in its home market!

On the outside, the 2013 WagonR gets larger headlamps, new tail lamps, new grille and a revised bumper. On the inside, the car gets a new dashboard and taking a cue from the Hyundai i10, the gear lever has been now mounted higher up and close to the dashboard for ease of driving. As is the norm these days, the steering wheel now comes with controls for the audio system.

We expect that the new WagonR will make it to our shores in a couple of years.