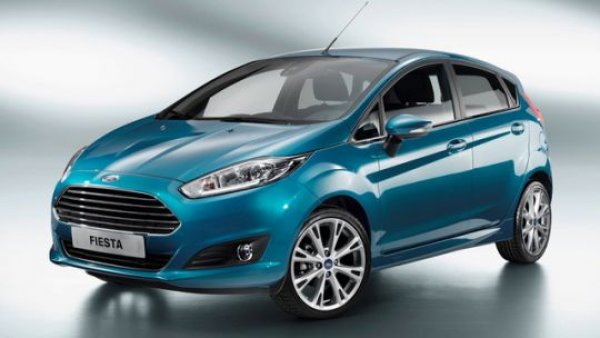 Ford introduced a series of new passenger cars, commercial vehicles and new technologies at a special event in Amsterdam attended by 2,500 Ford dealers, employees and media.

The company also confirmed that several additional vehicles from its global portfolio will come to Europe in the near term – including the legendary American icon, the Ford Mustang.

“Even with the near-term business environment, Europe presents a significant opportunity for profitable growth,” said Ford President and CEO Alan Mulally. “Today, we are accelerating the introduction of our new products in Europe, leveraging our One Ford plan – with a full family of vehicles offering the very best quality, fuel efficiency, safety, smart design and value – just like we did when we transformed our business in North America.”

“The European market holds potential for profitable growth that’s clouded at the moment by the economic crisis,” said Stephen Odell, Ford of Europe Chairman and CEO. “The total European car and CV market, including Russia, is expected to grow 20 percent in the next five years to 23 million vehicles. While others are backing off or cutting product investments, we at Ford are accelerating the introduction of new products, leveraging our One Ford global strengths.”

Ford unveiled the new Fiesta, taking Europe’s best-selling small car to a new level with a sharp new design inside and out, improved fuel efficiency and a host of new technologies including Ford SYNC, and Active City Stop.

Making its way to the Asia Pacific and Africa region, it will also be equipped with the acclaimed 1.0-litre EcoBoost petrol engine to deliver expected best-in-class fuel economy.

With SUV sales expected to increase by 34 percent in Europe over the next five years. Ford plans to leverage its historic leadership in SUVs in North America and other regions around the world to quickly expand its line-up in Europe. Ford expects to sell more than one million SUVs in Europe in the next six years with SUVs accounting for one in ten of all Fords sold in the region by 2016.

It starts with the all-new Kuga on sale later this year. The Kuga offers a sharper design, improved package and more technology, including an innovative Ford hands-free lift gate that opens with a wave of a foot under the bumper.

Ford also announced today that the all-new EcoSport, a global small SUV, will go on sale within 18 months. Modern and innovative, the new Ford EcoSport was designed to combine best-in-class design, technology, quality, safety and value aimed at attracting a new generation of consumerswho want the utility of an SUV in a smaller vehicle. It will come available with the acclaimed 1.0-litre EcoBoost engine. The company also confirmed that the Edge – a larger, more premium crossover that is a success in North America and other markets, including China – also will come to Europe.

“The expanding European SUV market is a unique opportunity for Ford and lands right in our sweet spot,” said Jim Farley, group vice president of Global Marketing, Sales and Service. “No other company can touch Ford’s expertise, global portfolio and credibility when it comes to SUVs.”

Commercial vehicle sales in Europe are forecast to grow by more than 30 percent to nearly 4 million a year by 2017, with the small CV segment growing by more than 70 percent. In response, Ford is harnessing its global platform strategy and completely redesigning its entire commercial vehicle line-up for Europe over the next two years. Ford today revealed the complete Transit family of commercial vehicles and people carriers as well as a new generation of smart and stylish passenger vehicles under the Tourneo brand.

“With the all-new One Ford commercial vehicle line-up, Ford will have the most comprehensive and most up-to-date line-up of CVs in Europe. No brand will offer wider coverage of the light and medium commercial vehicle segments than Ford,” said Barb Samardzich, Vice President, Product Development, Ford of Europe. “We leveraged our global expertise into designing the new Transit family from the ground up with superb capability, best-in-class cost of ownership and amazing new features.”