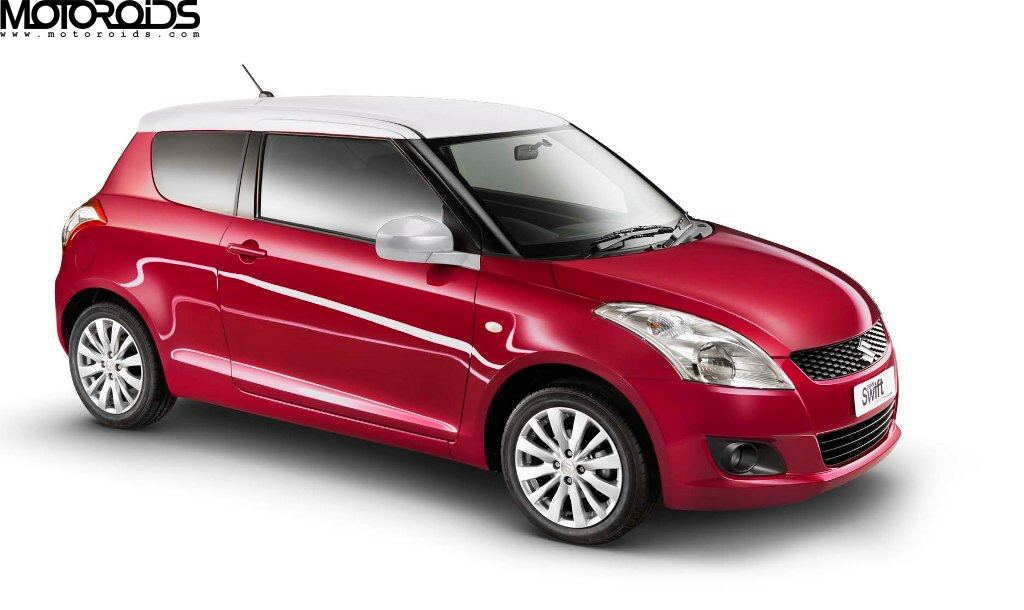 While we are still waiting for the 2011 Suzuki Swift to arrive at our shores, some other countries have already started getting the special edition versions of the car. Suzuki Europe has very recently introduced the Bi-tone (or twin coloured) version of the Swift. Now it’s no secret that the Swift resembles the Mini in its sporty stance and proportions, with the Bi-Tone edition, it seems the extremely successful car is trying to emulate its inspiration in terms of colour scheme as well.

The Bi-Tone Suzuki Swift has been painted in two colours. One for the roof and the ORVMs and the other one for the rest of the body. The company is offering six colour combinations to choose from. Which one would you pick from the following?