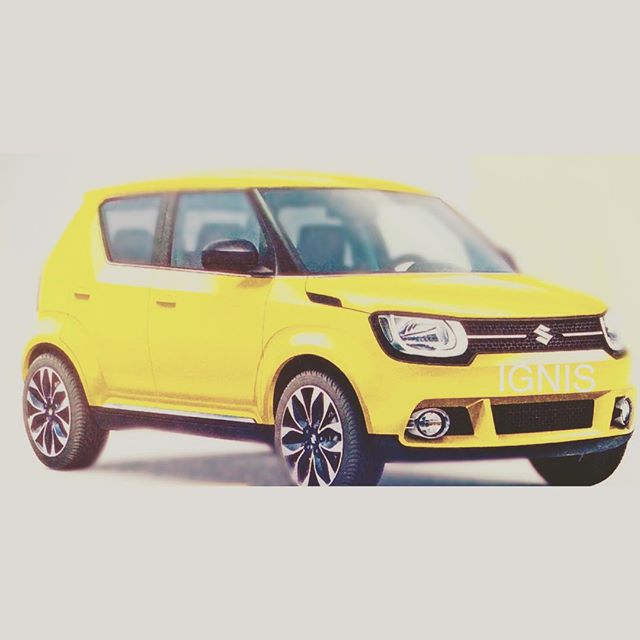 A new render imagines the showroom ready version of the upcoming Suzuki iM-4 compact crossover. According to the image source, it could be called the Ignis, awakening a long dead Suzuki moniker. Only yesterday, leaked patent filings revealed the vehicle in its entirety (gallery below). The iM-4 Concept was showcased at the Geneva Motor Show this March, alongside the iK-2 Concept, the latter becoming the new, India-bound Baleno hatchback.

The render makes the concept more production friendly, and features conventional illumination which replaces the concept’s LED heavy front headlamps. Large, production-spec wheels and tires are also added, but as we saw in the patent images, the production version will be shod with unflattering footwear. The mirrors on the render come off the Swift, but the real thing will feature door mounted ORVMs.

Based on an all-new platform, the iM-4 Concept is a sub-4 meter compact crossover that will be powered by a 1.2 litre DualJet petrol engine that is mated to an integrated starter generator (ISG) with a lithium-ion battery that sends power through an all-wheel drive system; expect the production version to continue with a similar setup. Whether or not, Maruti gets the iM-4 to India is still debatable; we have to wait and watch.