Quite a few of us think that sitting inside a car and turning the AC on is a remedy to the hazardous pollution floating around in the air of our metros. Fact check – it’s not. Sure, turning on a car’s AC marginally cuts down the pollutants. However, the AC filters aren’t capable to cope with the whole gamut of pollutants which increasingly mar our urban air. Dealing with pollutant heavy air needs specialized filters and tech, and that’s why it’s getting increasingly important for urban dwellers to install one of these accessories in their cars to protect themselves and their families from the harmful bronchial effects of pollution, especially considering we spend almost a day in the week on the road.

You can check out our Facebook Live video of the Honeywell Move Pure air Purifier embedded below. 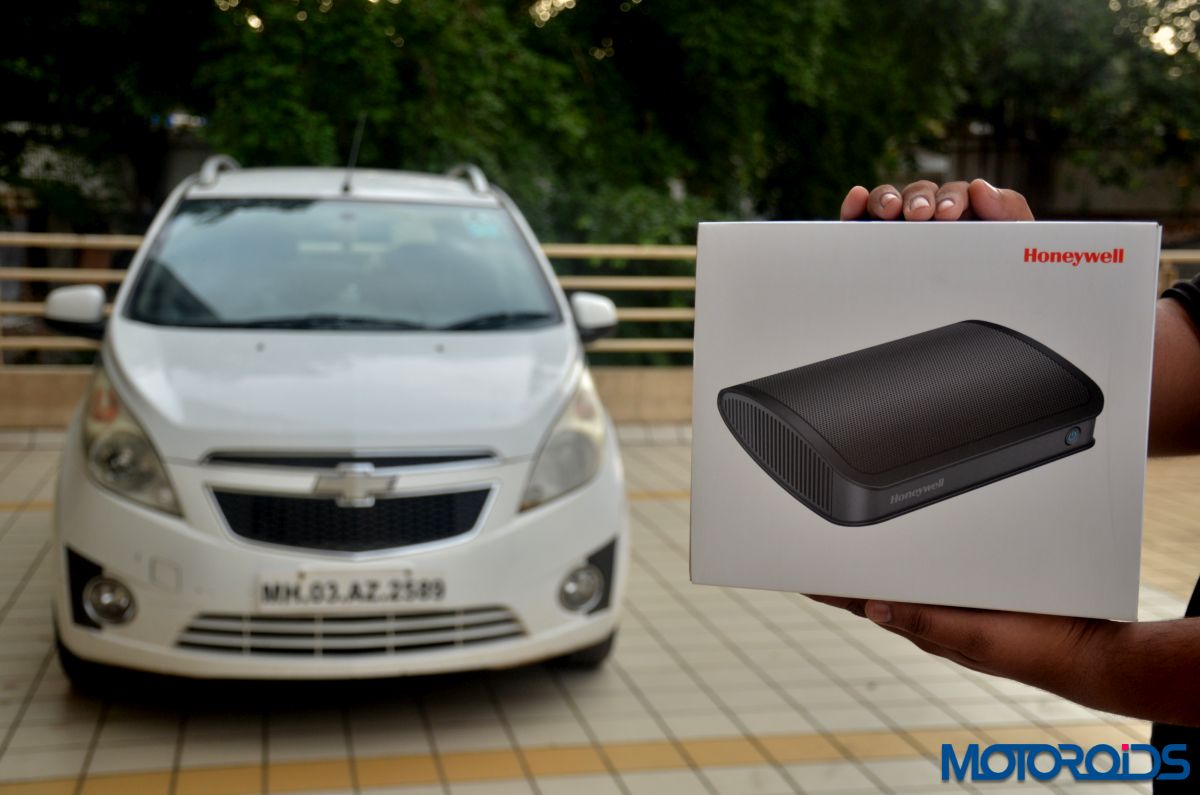 Even if you don’t see any particulate pollutants inside your car, there are ways to tell that your cabin is infected. Ever smelled that weird odour inside your car for no apparent reason? It’s something similar to the repulsive smell of cigarette smoke, or that of spilled food rotting or sometimes even similar to the varnish-like smell of the dashboard or plastics.  Don’t be mistaken, for that’s harmful pollutants right there. While some people try to subdue the odour using air fresheners, it only makes things worse as air fresheners only induce fragrant inside your car but do not fight pollution at all. Moreover, they further make the cabin worse to breathe with a load of not so desirable chemicals. 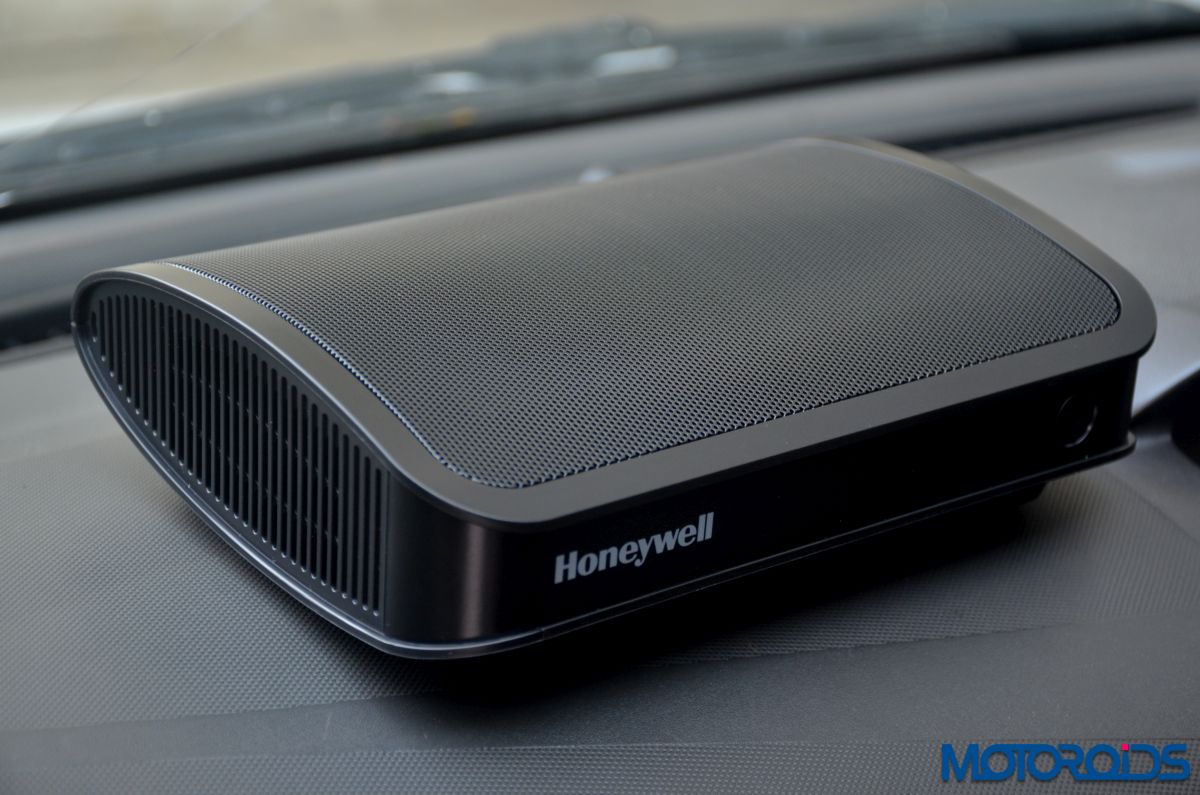 One of the products we recently received at Motoroids is meant to tackle the issue of in-car pollution happened to be a car air purifier. We used it for a couple of days and were rather impressed with its sleek styling, ease of use and most importantly, effectiveness. So while this isn’t exactly a technical review, we’ll share with you what we saw and felt of the product.

The Honeywell Move Pure Car Air Purifier we received for review is a rather sleek, lightweight and well designed product. The Bold Black shade we got would make it blend rather well with the dashboard with most cars.

It’s got just one button on its entire body which works for turning power on and off, and for controlling the 2-level fan speed. The light within the button also serves as an indicator when it’s time to replace the filter. Talking of the filter, it’s incredibly easy to replace the filter, which is a totally DIY procedure. Just lift the cover, remove the old filter, replace it, and press the reset button inside to tell the machine that the filter has been replaced, and you’re done. 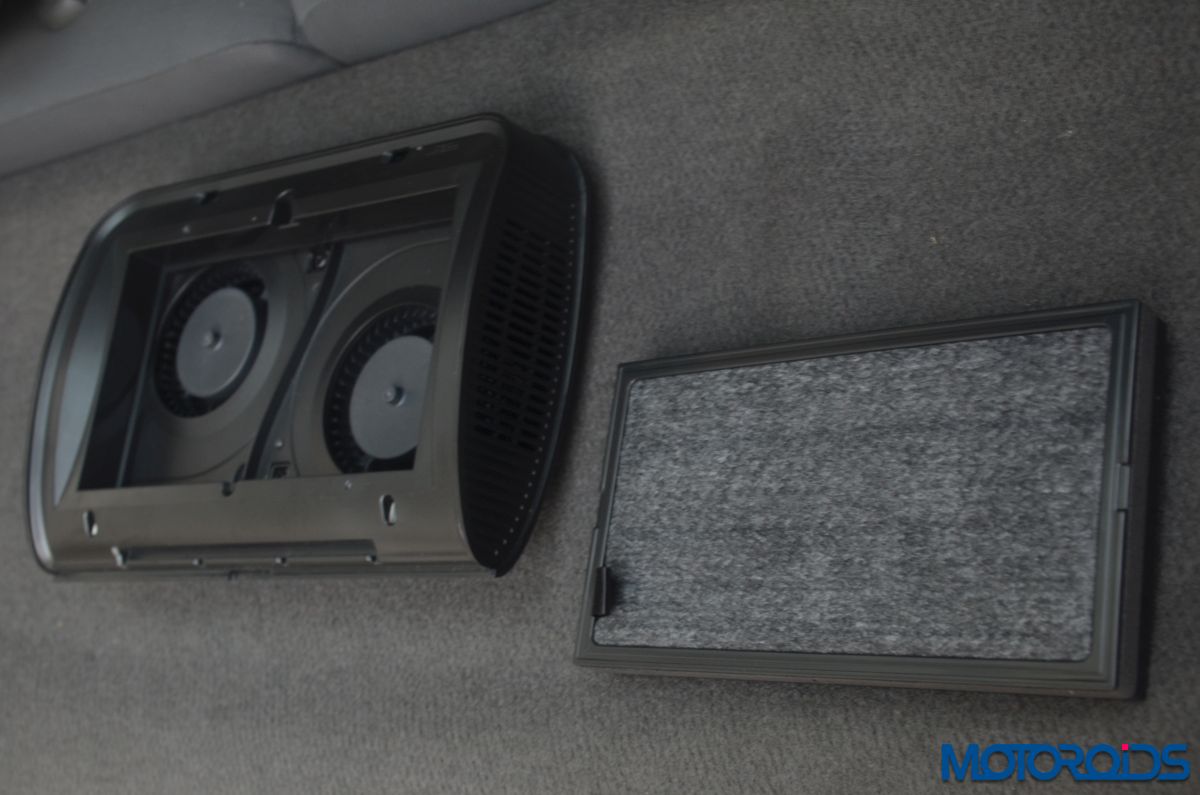 Installation is as simple as the device’s operation. You just have to plug the power pin into the device and the other end into a 12 V power supply. Just push the power button, and the device starts working at low fan speed. Press the button again, and the fan speed will turn to fast. 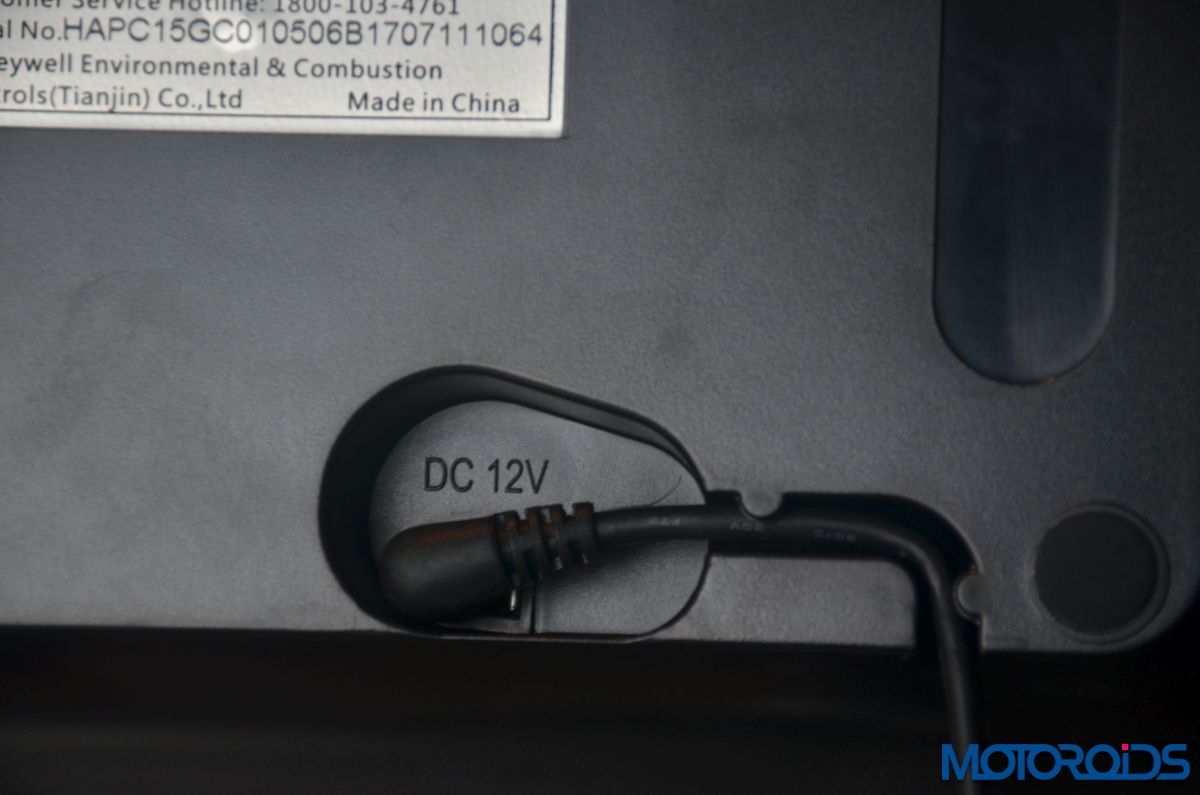 Press once more and the device will be turned off. The most convenient bit about this setup is that you don’t have to tell the device what fan speed you want it to be at every time. Each time you crank the car, the device will automatically turn on at the same fan speed you last left it at, or it’ll remain off, if you left it that way. Talking of fans, there are two powerful fans available inside the unit which deliver a CADR (clean air delivery rate) of 12 cubic meter per hour. 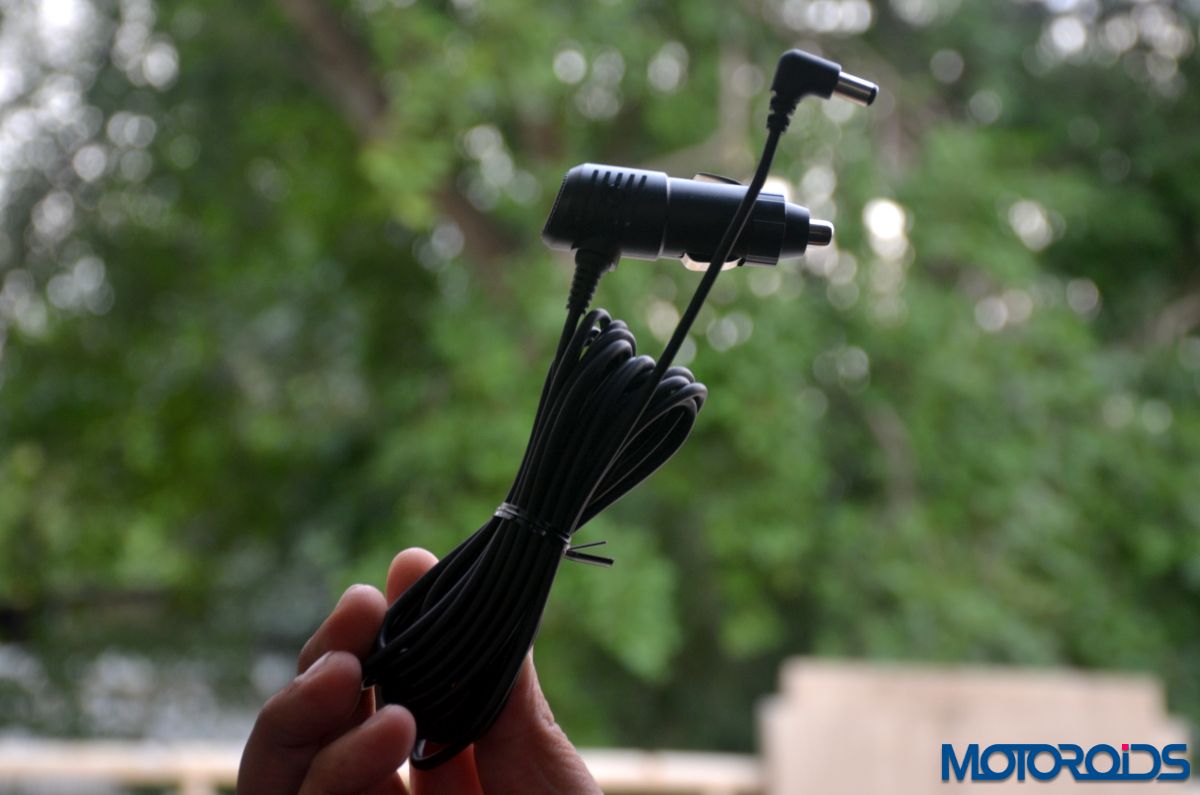 The device comes with a really long power cord, and it can be placed in a variety of places inside your car. The unit also comes bundled with a bunch of Velcro fasteners to hold the unit in place and route the power cord through the car. You can put it on the dashboard, on or under one of the seats, and even on the rear parcel tray. All you need to be careful about is that the face of the device, marked by the power button, should always be pointed towards the occupants. For example, if you place the device at the rear parcel tray, the power button should face the dashboard. 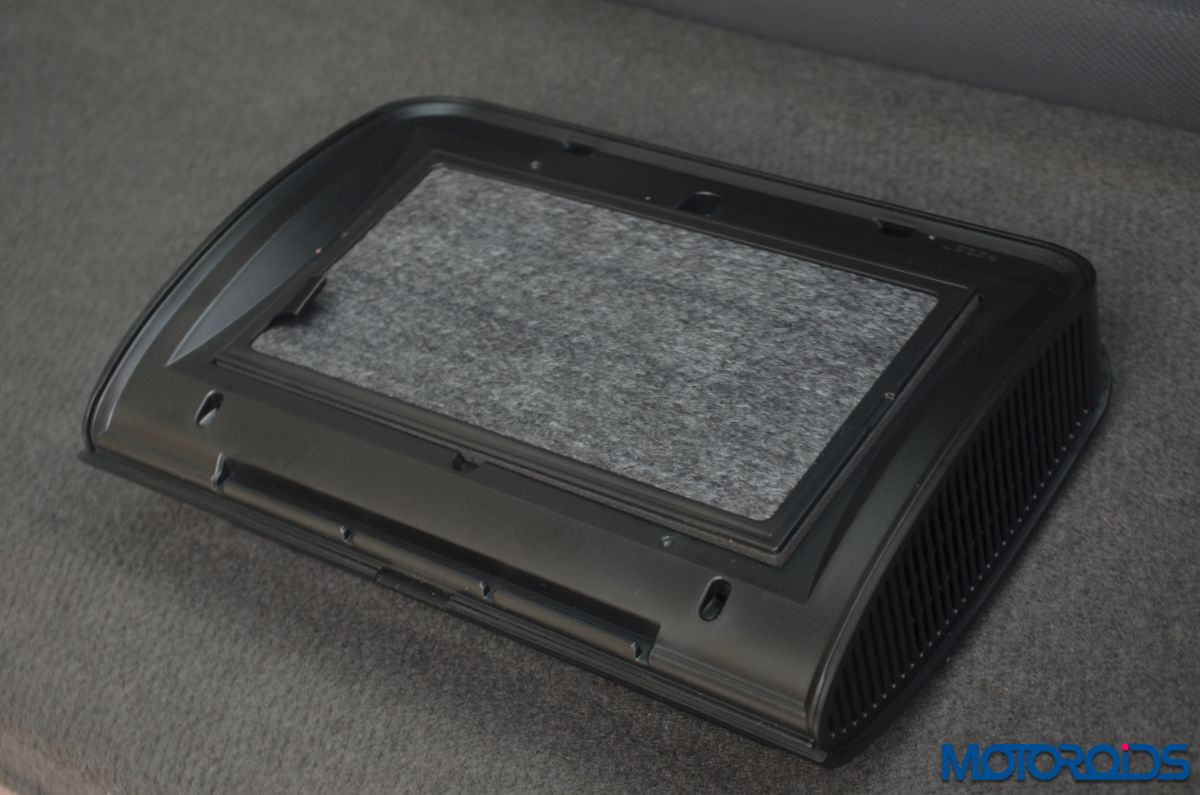 Before we get into any further details, we need to understand what really differentiates a car air purifier from a typical AC filter which also cleans the air to an extent. Air purifiers are made of special grade filters. For example, the Honeywell Move Pure Car Air Purifier employs a HEPA (High Efficiency Particulate air filter) filter and double layer activated carbon to get rid of all pollutants inside. The filter employed on this unit is also one of the largest available on a car purifier in the market. 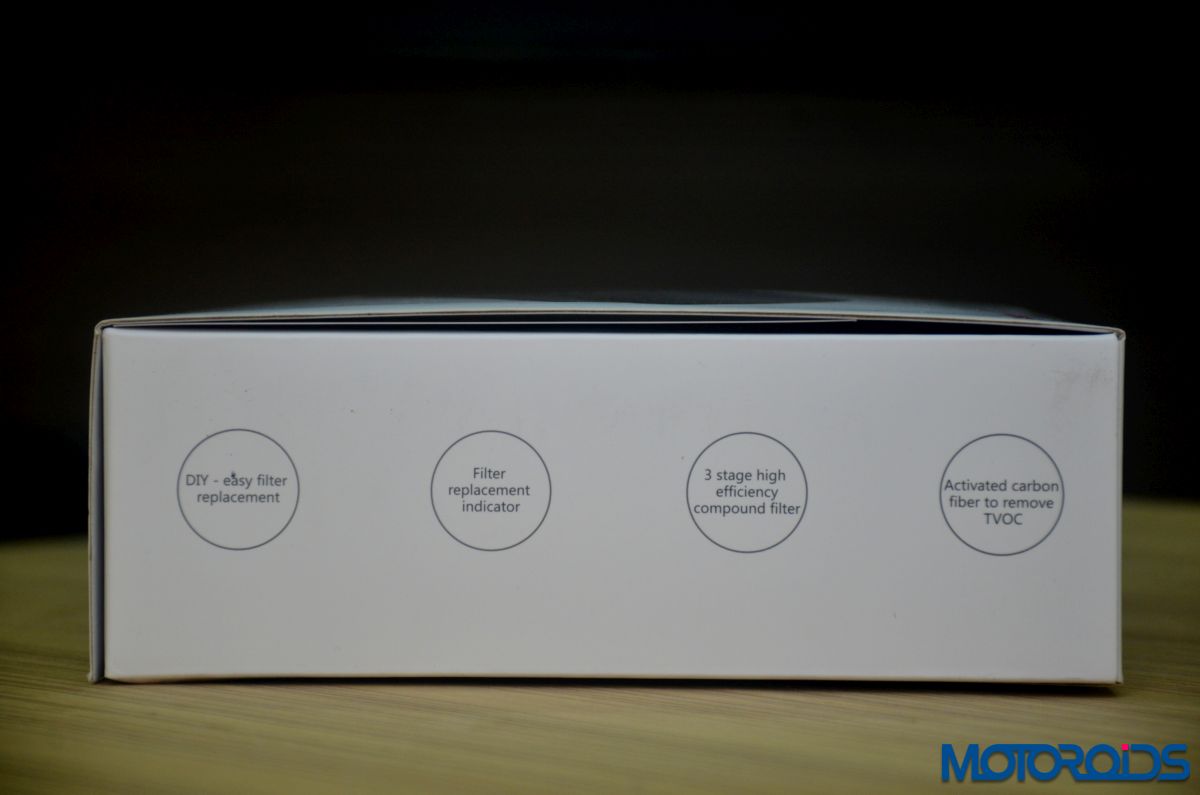 Now, getting to the more technical side – air pollutants comprises extremely fine particles which are sometimes too fine to be visible to the naked eye, or felt by touch. Termed as PM2.5 and PM10 particles, these pollutants can actually very hazardous for the respiratory system. Particles less than 2.5 µm (micrometres) are called PM 2.5. They are approximately 1/30th the average width of a human hair. PM10 is particulate matter 10 micrometers or less in diameter. PM2.5 is generally described as fine particles. The Honeywell Move Pure effectively removes all such varieties of pollutants. In addition, this purifier also removes pet dander, hair, formaldehyde, benzene, VOCs (Volatile Organic Compounds), cigarette and vehicular smoke.  The Honeywell Move Pure Car air purifier can clean the car of any strong smells in a matter of 10-12 minutes. It does not emit any ions/ ozone as a result of the filtration technology. 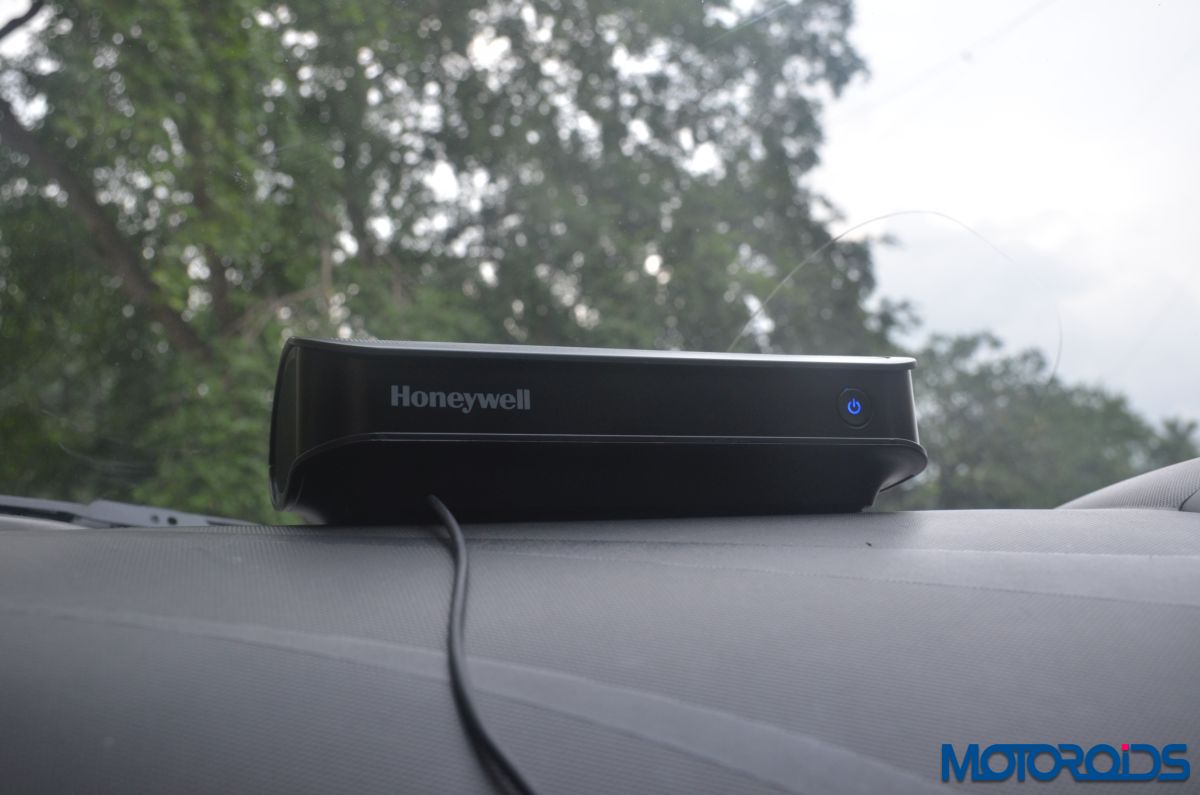 We used this product for a few days, and there was a distinctly fresh feel to the air inside the car all the while the purifier was in operation. Honeywell is a globally known brand – it’s an enormous conglomerate with products and technologies offered across a whole spectrum of segments. The build quality, functionality, ease of use, and performance of the product held true to its maker’s name, and we were more than satisfied using it for the time it was with us. A testimony to the product’s quality is also the large number of positive reviews it has received by users across all e-commerce channels. 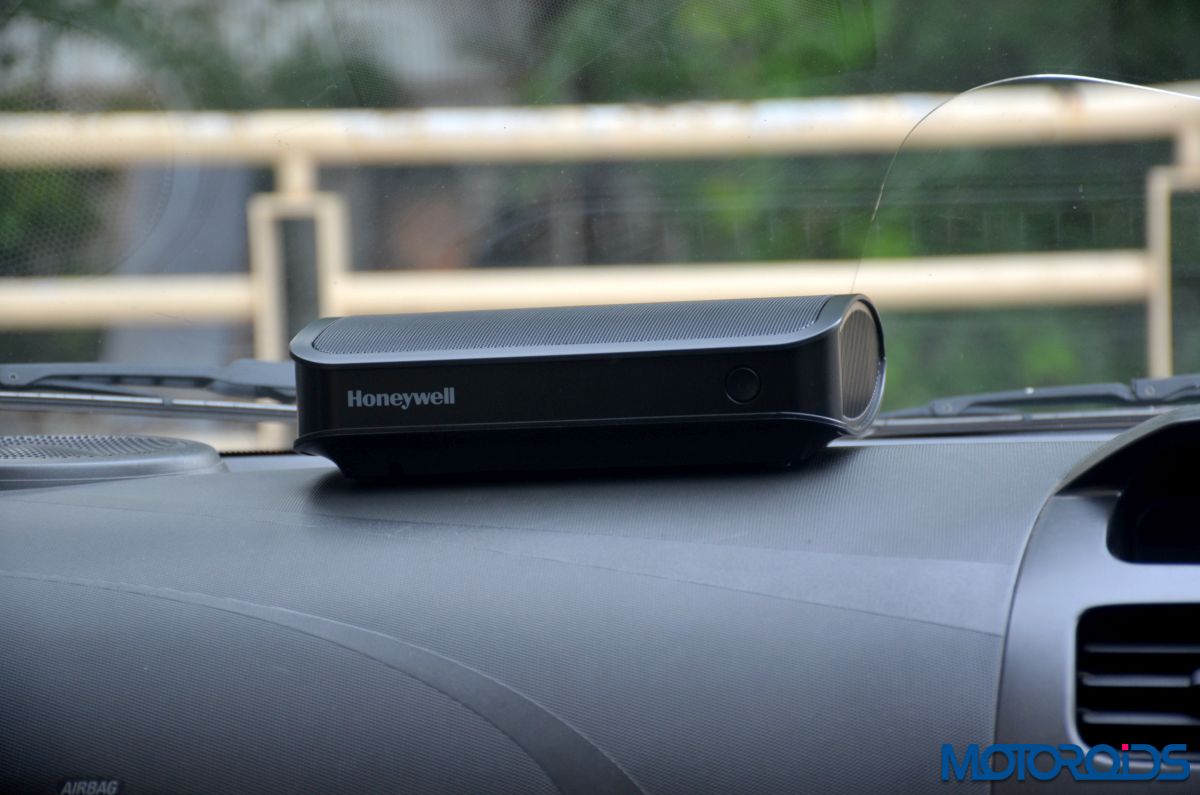 The Honeywell Move Pure car purifier is available on Amazon India and you can buy it directly from there. If air pollution is an issue in the city you dwell, we think it’s a small price to pay for your own, and your loved ones’ well being.