Home News Superbikes Seized For Stunting During Lockdown in Gurgaon

The imposed lockdown across the country due to the Covid-19 pandemic has indeed been a tough time for everybody. With people effectively locked indoors for over two months, anxiety levels among some of us had surged to another level. This was exactly what happened in Gurgaon a couple of days back.

With restrictions being eased now under ‘Unlock 1.0’, people have begun to come out and indulge in some outdoor activities. However, the restrictions have been eased primarily for people to resume their business so that economic activities could restart and the country can earn its bread. Some have been making use of this opportunity for a release, but they’ve been doing it as a bunch, attracting law authorities towards themselves like magnets.

In a case from Gurgaon, about 19 superbikes were seized by the police when they were found flouting the Unlock 1.0 norms. The incident happened on Sunday night when a group of high-end motorcycle owners met for a ride. Since the restrictions to go out have now been lifted in a major part of the town, the bikers decided to make up for stationary time and were apparently spotted speeding and stunting on public roads by the area’s DCP who was passing by. 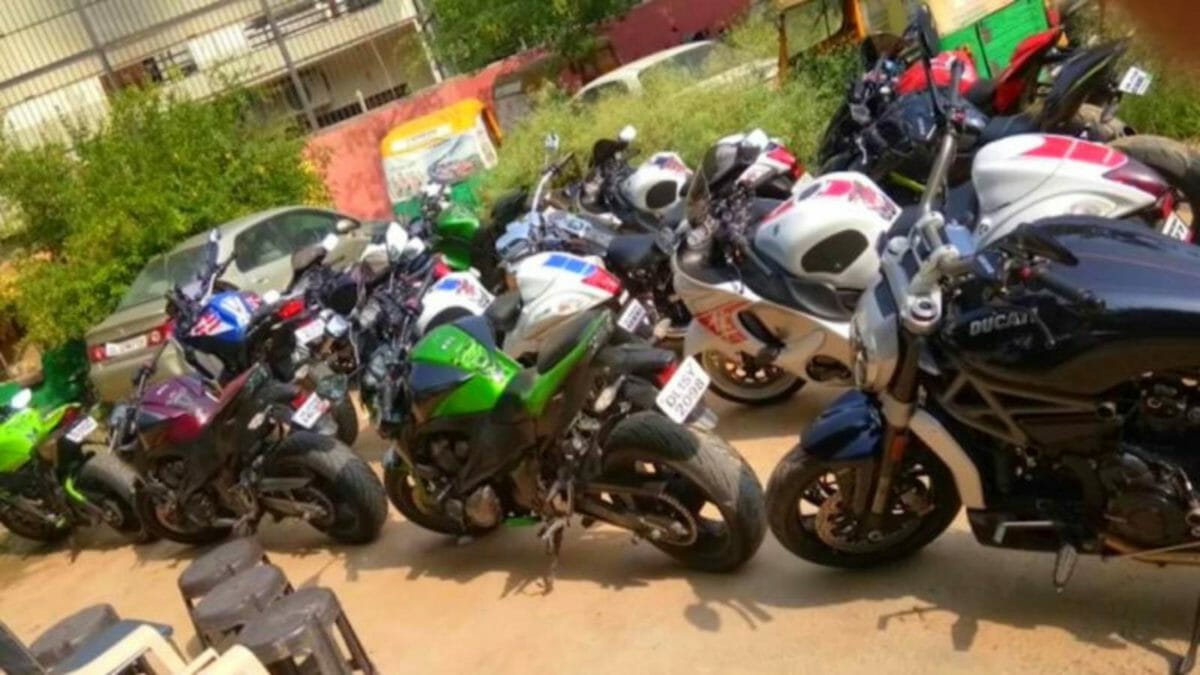 As per some reports, the local police apprehended them and asked them to vacate the area. In return, the members of the group had a verbal altercation with the police and refused to comply to orders following which the police seized all the 19 superbikes and impounded them. It is being said that they were not even allowed to ride the machines to the police station and were made to push these heavy machines for a good distance.

What Next About The Seized Bikes?

Since the bikes have been impounded and are now under police possession, the owners will have to pay the fine in local district court in order to retrieve them. The police also issued a fine of Rs 17,000 to each of the superbike owners for rash driving on public roads. The bikes are currently at the Sector 53 police station in Gurgaon.

On this incident, DCP (Traffic), Gurgaon, Chander Mohan said, “I was returning home when I spotted a group of bikers on Golf Course Road. They were speeding and driving rashly. As long as people drive by following rules, police do not disturb them, but it becomes a problem when people violate traffic rules and endanger the lives of others on the roads.”

The cops have also said that such violations of rules have increased in the recent past, especially due to empty roads. Since most people are in their homes, some are taking advantage of the situation and indulging in high-speed runs and stunts. 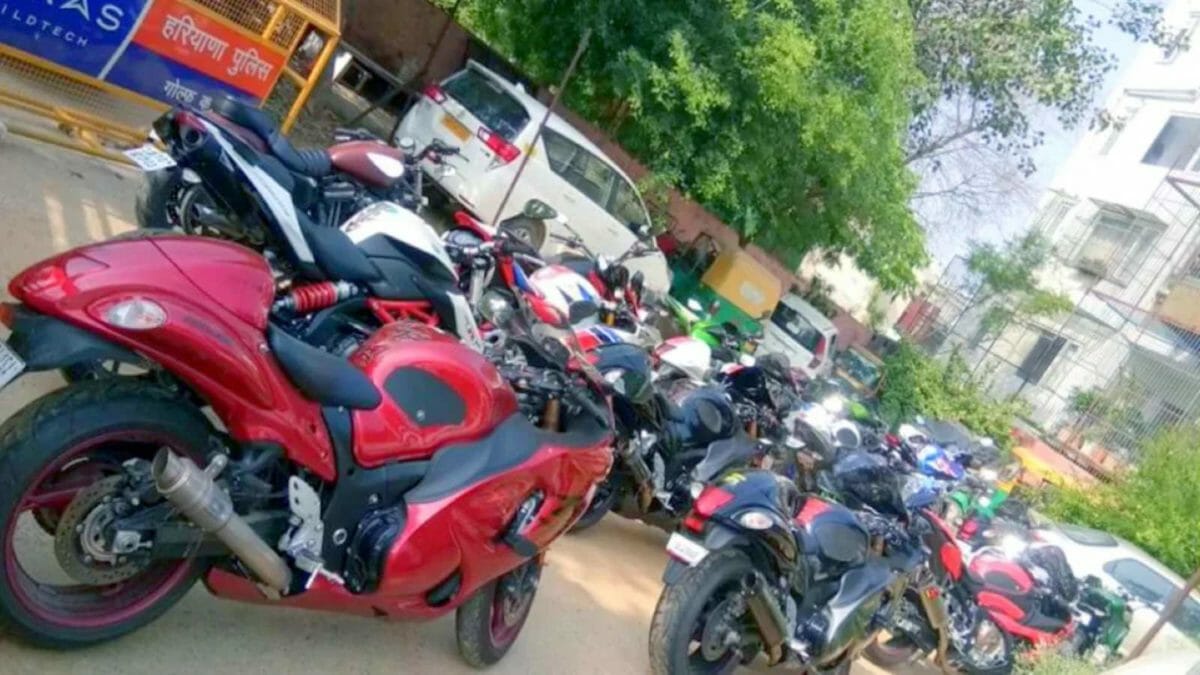 Some local residents even tweeted about these bikers and their loud machines, which further supported the DCP’s statement. We think where everybody is making an effort to fight against the virus and ‘social distancing’ is something which even a dead rock now knows about, we ought to know better and act responsibly. Such behaviour will lead to every motorcyclist out there earning a bad name and that’s not a good thing.