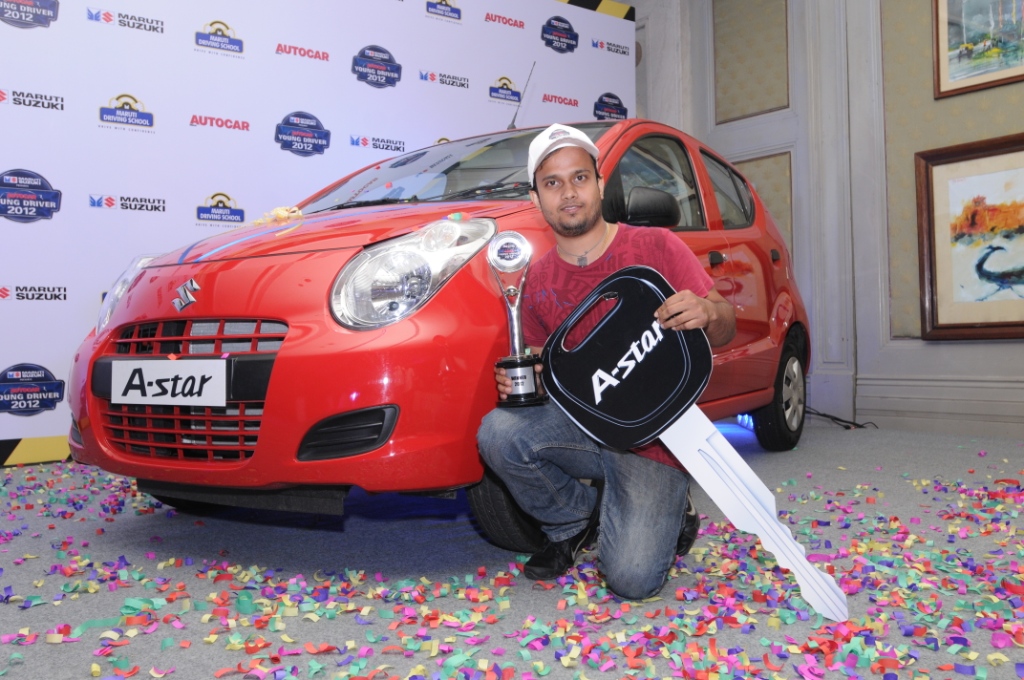 Maruti Suzuki Auto Car Young Driver Contest, the hunt for India’s safest young driver, declared Sudeep Ranjan Mishra from Kolkata, as the winner of the 4th season of the contest. Visakh Susan Vincent from Kochi and Mudit Agarwal from Kolkata were the first and second runners-up respectively. Ms. Srushty Parsana from Mumbai emerged as the best female driver in the women category. Sudeep was awarded a brand new A-Star and declared as the brand ambassador for safe driving by Maruti Suzuki.

Maruti Suzuki has been promoting road safety/ safe driving habits since over a decade now. The company is trying to educate different sections of the society through programmes and infrastructure like IDTRs and Maruti Driving Schools.  The company believes that it is imperative that the knowledge and importance of road safety is instilled in the youth of the nation as they are the key drivers in bringing about any change. Therefore the company started the young driver contest in 2009 to involve the youth in an interesting and awarding competition that would drive home the key message of safe driving. The contest has proven to be a huge success since its inception.

The contest was held in three phases. In the first phase, competitors had to register for an online theory test on traffic rules, awareness of road safety and knowledge of their cars. 21000 participants registered in the first stage. Out of these participants, 2000 made it to the next stage wherein their driving skills and knowledge were tested in a practical exam at 110 Maruti Driving Schools across 65 cities. 20 finalists were selected for the final stage. These 20 finalists underwent a practical driving test at Institute of Driving Training & Research (IDTR), Sarai Kale Khan where they were rated on various parameters of driving and maneuvering the car.

The Young Driver contest this year saw the largest ever participation of 21000 young enthusiasts from as many as 65 cities across the country. The Young Driver Contest tests the competitors’ knowledge of traffic rules, awareness of road safety along with their real-world driving skills. The contest is open to all individuals between the age of 18 and 30 years, with a valid driving license.