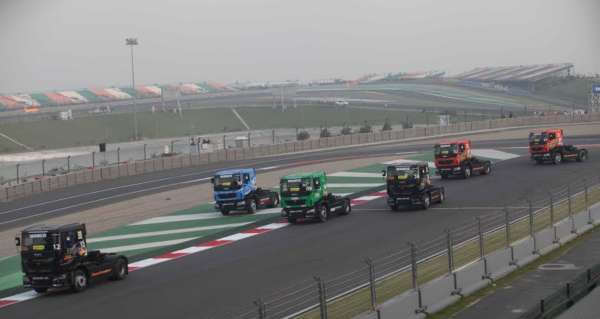 India’s first truck racing championship – T1 Prima Truck Racing Championship, concluded with an action-packed 45 minute final race with Stuart Oliver winning the debut championship. The powerful Tata Prima trucks proved to be a treat for motorsports fanatics in an intense race that witnessed a lot of edge-of-the-seats overtaking and high speed corner action. The debut season of the Championship on India’s only F1 track, Buddh International Circuit, witnessed an audience of over 25000 enthusiasts who cheered on the speeding Prima trucks. The winning Team Castrol Vecton was followed by Team Cummins and Team Tata Technologies Motor Sports in the final Team points standings.

T1 Racing LogoThe series used 12 heavily-modified Tata Prima beasts capable of putting out 370 horsepower and reaching a top speed of 110 km per hour driven by experienced international drivers. The sight of these mega trucks racing with each other was enough to set any motorsports enthusiasts pulse racing.

Stuart Oliver, T1 Prima Truck Racing Champion 2014 said “It was an amazing experience. The track is beautiful and trucks were performing great. I am thrilled to have won the first ever Truck racing championship in India, among the enthusiastic crowd who were cheering each time we drove past the grand stand. I see a lot of potential of this sport here and would love to come back and race again.”

Commenting on the successful weekend, Mr. Ravi Pisharody, Executive Director – Commercial Business Unit, Tata Motors said, “We have had a tremendous day here for the truck racing with a really pumped-up atmosphere and we have been delighted by the response received for the launch of our debut truck racing event. Tata Prima trucks proved their racing prowess and build quality in this high intensity race. We are extremely delighted with the performance of T1 teams and drivers who have been supportive throughout the event. We would like to congratulate the winning team, sponsors and all participants for making this first of its kind, debut racing event, a historic day.”
Besides the winning drivers, there were top British truck racing drivers, including Bran John Burt, Dave Jenkins, Paul McCumisky, James Horne, Simon Ashley Reid, Richard Collett, Steven Powell, Steven Thomas and Graham Powell, showcased their driving skills during the event. The spectacle, the first-ever truck racing championship held in India, will certainly mark another small step forward for Indian motorsport as the country increasingly asserts itself on the global motor-racing stage. 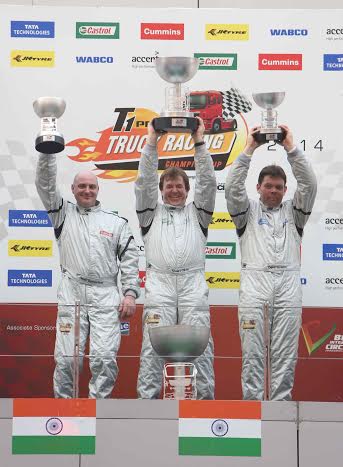