Home News Stryker replaces the Fangs logo on the Viper. Debuts with the 2013 SRT Viper 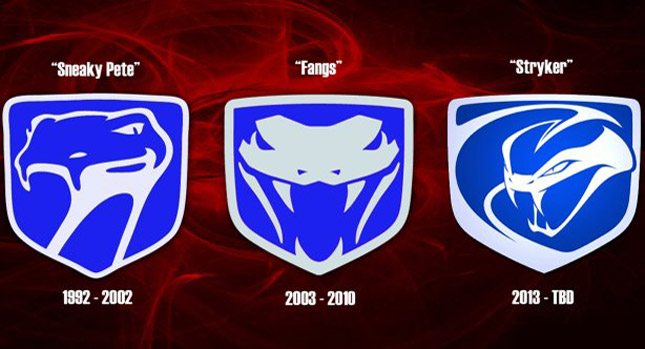 With the upcoming generation of the Viper sportscar from Chrysler group, comes a new snake logo. This has been the tradition since 1992, when the first Viper was seen with the sinister logo. The next Viper SRT will be unveiled at the 2012 New York Auto Show that is scheduled to be held in April.

It may be noted that the new Viper will do away with the Dodge branding and will instead be marketed  under the SRT brand. Now, the Detroit based car maker released the new and more sinister snake logo for the car. The new logo has been penned by Chrysler designer Vince Galante. Galante, who is in his early 20s, has been a follower of Transformers, GI Joe and the Thundercats and said, “I never looked at images of the Thundercats while I was doing the new logo, but after the fact, I realize that the new design has some elements of those graphics, but more intentionally has some lines that reflect the new Viper.”

Mark Trostle, Head, SRT Design, said,“Vince actually brought his pencil sketch to both Joe (Dehner) and me to review. We both said, ‘That’s it.’ We knew Vince had created a new icon. The new Stryker badge is the most refined, sinister looking and beautiful badge yet, just like the shape of the car.”

Come mid 2012 and the new Viper will be seen terrorizing other road users.