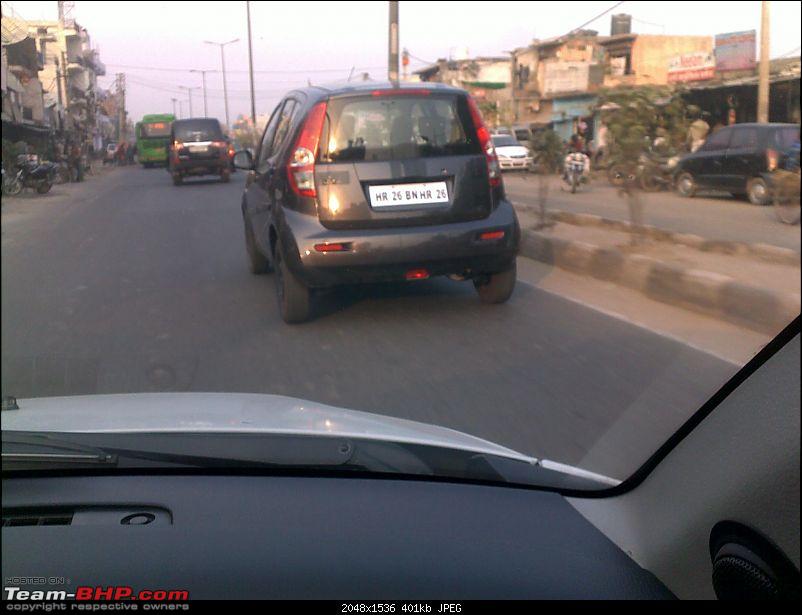 Back in 2009, Maruti introduced its second offering in B+ segment by launching the Ritz hatchback. Since then, the car has been positioned below the bread and butter hatchback- the Swift. Maruti Ritz a.k.a Suzuki Splash a.k.a. Opel Agila a.k.a Vauxhall Agila (phew!) became the first car from the popular manufacturer to sport the much publicized K-series motor. It also became the second vehicle in Suzuki line up to sport tall boy architecture that had made its world debut on the WagonR. Maruti Ritz is available with both petrol and diesel engine options.

Thanks to the newer and fresher competition fast getting popular, the hatchback has suddenly started looking dated and pretty ordinary. A mid life facelift is certainly what the car requires and it seems like Maruti is upto just that. Recently, a member of TeamBhp.com caught a camouflaged Ritz being tested around Gurgaon-home to MSIL’s manufacturing plant. If the said sighting is anything to go by, the car’s front end was heavily camouflaged.The rear was same as the current model but with blacked out badges. What we do not understand is the need of camouflaging the badges as even a school kid can recognize the car just by looking at it. 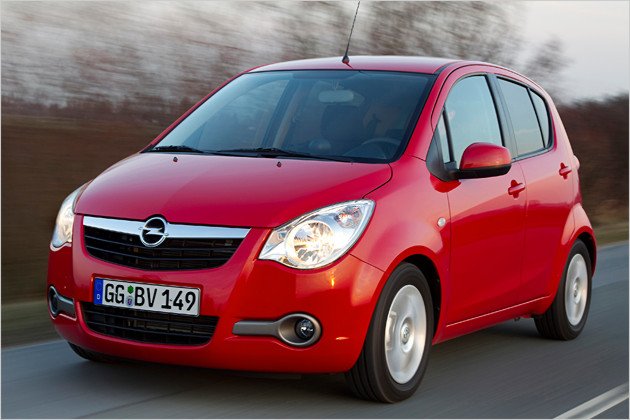 Now, heavily camouflaged front end surely means that the popular car maker is tinkering with the fascia. Rumors are doing rounds that the car’s very ‘Audi-ish’ Bulgarian beard is getting the boot in favor of a front end that looks much like that on the Opel Agila. In this case, the car not just gets a new grille but also a pair of very stylish headlamps.

Currently, not much is known of the raelift, but if this picture and the rumors are to be believed, we should have a refreshed Ritz within a few months.
Source: team-bhp.com