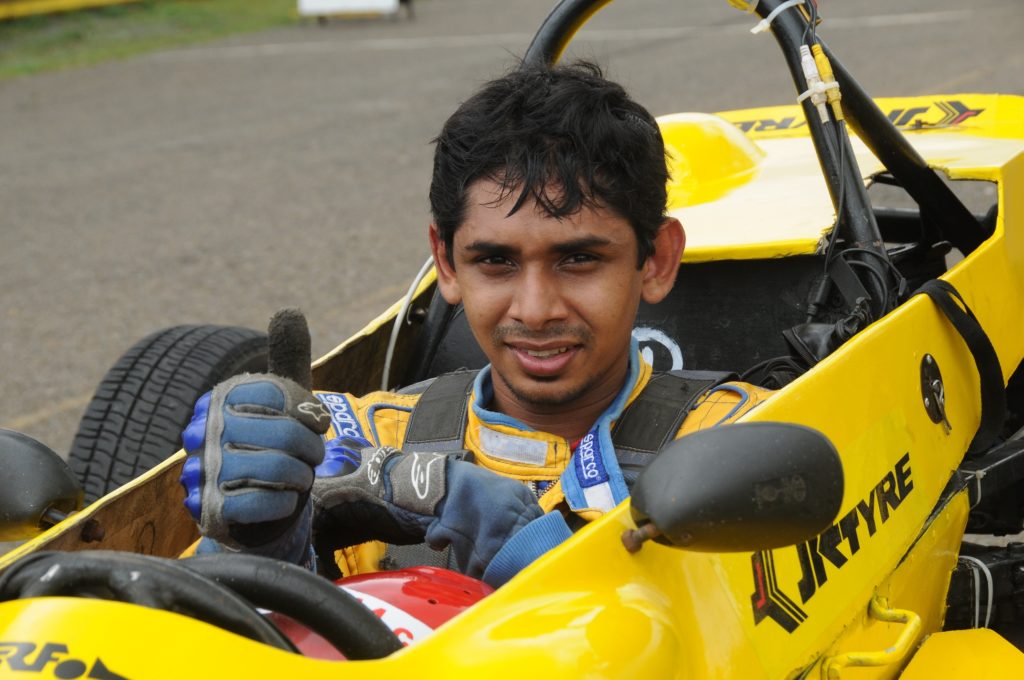 After completing its maiden European sojourn with races at legendary circuits like Paul Ricard Circuit, Circuit de Spa Francorchamps, Silverstone Circuit, the JK Racing Asia Series 2012 returns home for the penultimate round of the championship. Round 5 of the series will be held alongside the Formula 1 Indian Grand Prix at the Buddh International Circuit (BIC) on October 27 and 28, 2012. The JK Racing Asia Series is a one of its kind championship in the ‘junior’ Formula class racing that provides young drivers an opportunity to race on some of the best tracks across the globe alongside top stars from the world of motor racing.

In the latest season which began in Malaysia, 4 Indian drivers got the chance to be a part of the series. When the series moved to Europe, two strong contenders Akhil Khushlani and Aditya Patel were put on the grid to race alongside world class drivers. Now, when the series heads to its home turf, seven of India’s young and most promising racers get the opportunity to race in their home country in front of their home crowd. The seven Indian drivers on the grid are – Akhil Khushlani, the only Indian to finish second in the series at Silverstone, Aditya Patel, who was a guest driver at the Paul Ricard Circuit (France) and Circuit de Spa Francorchamps (Belgium), Vishnu Prasad, champion of the JK Tyre Volkswagen Polo R Cup 2011, National karting champions Raj Bharath & Karminder Singh, promising karting drivers Akhil Rabindra and Chetan Korada. While Akhil Khushlani & Aditya Patel will represent Team US Formula Project, Vishnu Prasad, Raj Bharath, Karminder Singh, Akhil Rabindra and Chetan Korada will be racing for the Indian team- Meco Racing at the Buddh International Circuit.

“We always wanted to have our Indian racing champions race in our international series here in their home country and by creating an opportunity for seven Indian drivers, we have accomplished that. This was part of our initial plan when we acquired the series and we are very happy that we have accomplished that in the second year itself,” said Mr. Sanjay Sharma, Head- Motorsport, JK Tyre & Industries Limited.

Leading this pack of drivers to carry the Indian tri-colour on the track will be India’s most promising motorsport talent Akhil Khushlani. Fresh after his scintillating performance in Round 4 at Silverstone where he finished second, ahead of the championship leader Nabil Jeffri, Khushlani would be keen to prove his mettle at home. Having raced in the series in 2009 when it was known as the Formula BMW, Khushlani has an impressive track record with two podium finishes and top 5 finishes in over 12 races. Akhil was a guest driver in the series last year during the Inaugural Indian Grand Prix and so is well versed with the track which will work in his favour. Eager to cement his position as one of the best racers in the country today and in a bid to fulfil his Formula One dreams, Khushlani is a strong contender for a podium finish and most certainly the driver to watch out for this weekend!

Keeping Khushlani company on the track with Team US Formula Project will be JK Tyre prodigy Aditya Patel who will race for Team US Formula Project. This has been a comeback season for Patel, having returned to single-seater racing after a gap of four years. Patel put in a commendable performance in Round 2 at Paul Ricard, France and in Round 3 at Spa Francorchamps, Belgium to finish in the top ten, but missed out in Round 4 at Silverstone due to a rejected visa. The Chennai based Patel recently created history by becoming the first Indian driver to win the gruelling 24 hours of Nurburgring and with that under his belt, this will be Aditya’s first outing at the Buddh International Circuit where he is eager to race and prove a point.

Completing the Indian contingent at the race will be Vishnu Prasad, Raj Bharath, Karminder Singh, Chetan Korada & Akhil Rabindra all of whom will represent Team Meco Racing, a team owned by Akbar Ebrahim & Armaan Ebrahim. While Bharath and Vishnu have an added advantage of knowing the track as both were part of the series in the Inaugural Indian Grand Prix held last year, it is going to be a challenge for Karminder, Chetan and Akhil. Prasad and Bharath participated in the opening round of the series this year. Vishnu Prasad, who won the JK Tyre VW Polo R Cup in 2011 and raced in the VW Scirocco Cup earlier this year, would be eager to showcase his skills which will give his career a much deserved impetus.

It will be an opportunity of a lifetime for these youngsters to not only rub shoulders with the biggest names in the class but also to showcase their skills and prove their mettle on the racetrack infront of the world motorsports fraternity.

The last four rounds of the series have witnessed some nail biting action between the drivers. The championship leader Nabil Jeffri, who missed the title last year by a mere seven points sits on top of the championship table with 164 points followed by South African Rookie driver Aston Hare in the second spot with 122 points and Ikhwan with 102 points in the third spot.

The JK Racing Asia Series is recognised by the World Governing Body for Motorsport, the Federation Intenationale De L’Automobile (FIA), as having special status that allows for young inexperienced drivers to participate on a National License. The reason for this is that the Series provides them with an Education and Coaching programme that teaches them all aspects of what it takes to build a career in motorsport.

The JK Racing Asia Series uses the 140bhp FB02, which has an unrivalled track record for training future Champions and developing them for a success with graduates at the highest level of the sport such as Sebastian Vettel, Nico Rosberg, Timo Glock, Daniel Ricciardo, Sebastien Buemi in Formula 1, Felipe Nasr and Rio Haryanto in GP2, Jazeman Jaafar, Sebastian Saveedra and Carlos Sainz Jr in British F3, and many more. This coupled with the highest safety standards, makes the FB02 the most suitable machine for up and coming drivers to learn on.