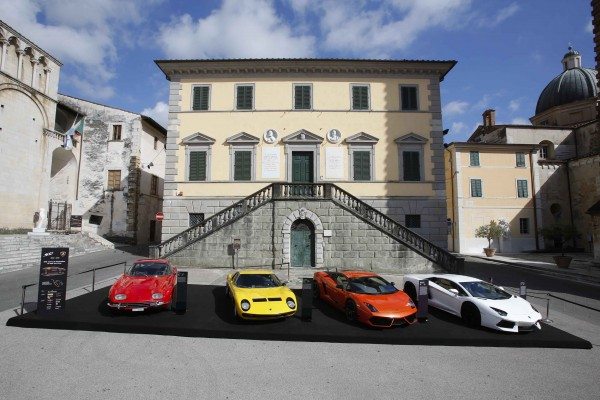 In the House of the Raging Bull’s 50th anniversary year, Stephan Winkelmann, President and CEO of Automobili Lamborghini, received the “Premio Internazionale BARSANTI e MATTEUCCI” on June 23 in Pietrasanta, near Lucca in Tuscany. The prize is a prestigious recognition for those who excel in the field of automotive engineering.

The prize was presented by the president of the Barsanti and Matteucci Awards, Andrea Biagiotti.

Mr. Winkelmann has been President and CEO of Automobili Lamborghini S.p.A. since January 1, 2005. His management has led to swift and significant growth of the company, distinguished by one of the most highly esteemed turn-around programs in the automotive and luxury sectors.

On November 29, 2010, Stephan Winkelmann was awarded the prestigious decoration of Grand Officer in the Order of Merit of The Italian Republic for his role in the revitalization of this famous Italian brand. He then received the Global Leadership Award in September 2012 from the Italo-American Chamber of Commerce (IACC) in Chicago.

Stephan Winkelmann commented: “It’s a great honor to receive this award, particularly in the Company’s 50th anniversary year. For 50 years Lamborghini has been the symbol of ‘Made in Italy’, and we are proud to successfully carry forward the legend created by our founder, Ferruccio Lamborghini.”

The prize, awarded to various Italian and international personalities in the automotive world since its inauguration in 2000, was set up to remember Eugenio Barsanti and Felice Matteucci, inventors of the internal combustion engine. The event is held in collaboration with the Viareggio Versilia Rotary Club, enjoying the patronage of the seven Towns of the Versilia, the Province of Lucca and the Region of Tuscany, with the support of the President of the Italian Republic.

The award-giving ceremony was held in the splendid setting of the Cloister of St Augustine in Pietrasanta, near Lucca, with some of the vehicles making up Lamborghini’s history on show for the occasion – the 350 GT and the Miura SV together with a Gallardo LP 570-4 Superleggera and an Aventador LP 700-4.

The award was given to Stephan Winkelmann this year for his work in continuing and strengthening the legend of Lamborghini, a company which ever since it was founded has progressively distinguished itself by its continuous research into the design, technological innovation and production of extreme super sports cars without compromises: Lamborghini is a major international company which expresses the creativity of the Emilia region and Italy as a whole.

Stephan Winkelmann was also awarded the Medal of the Presidency of the Italian Republic by the Prefect of Lucca, Giovanna Cagliostro, in recognition of this latter accomplishment.

Moreover, inside the Cloister there was also a photographic exhibition dedicated to the Lamborghini 50th Anniversary Grand Tour in May this year, the largest rally in the House of the Raging Bull’s history, with 350 supercars which came to Italy from all over the world to celebrate the Company’s founding. 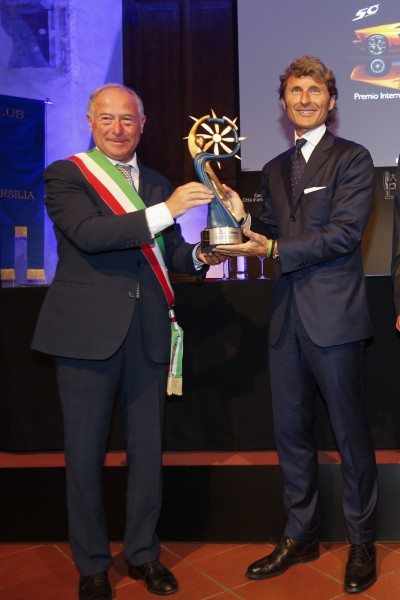