On one hand where motorcycle manufacturers are pepping up their bikes with modern tech adding more power and speed, you suddenly come across creations that send you back to the distant past. One of the rare few happen to be something like the Black Pearl- not the “nigh uncatchable” ship from the Pirates of the Caribbean, but rather a “nigh catchable” motorcycle. 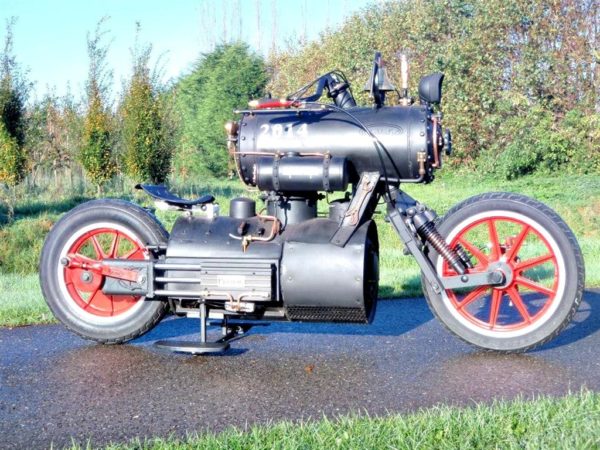 Netherlands based custom house “Revatu Customs” have built a motorcycle that is powered by steam. Brainchild of René van Tuil- who inspired by Colby Higgins’ Train Wreck concept decided to make one himself. It took 8 tedious months for René to build the Black Pearl Steam Motorcycle- which at first may impress as a blazing set of wheels, but in reality it doesn’t exceed a meek velocity of 8 kph- that’s even slower than your mild morning jog. 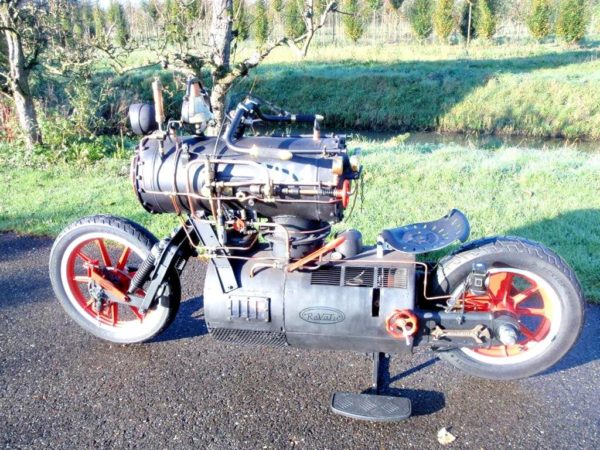 Adopting the same mechanism as a steam locomotive, the Black Pearl is propelled by a massive crankshaft. Horsepower indeed is tough to measure on such a creation, though easy to guess it’s not going to be much but enough to lug around not more than one person on a mounted single seat. The Black Pearl might certainly not need it, but René has managed to add a linkage suspension at the front. 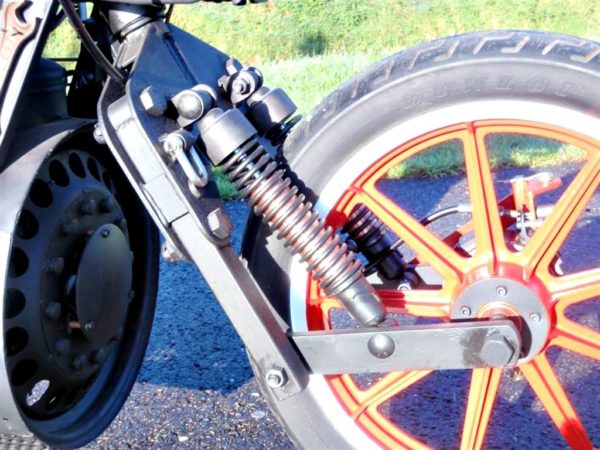 We’d say it suits the rather cold environment of Netherlands as the heat radiating of those tanks would literally barbeque the rider. Well that reminds us, it could well double up as a barbeque stand at a lazy weekend outing- it won’t be going much far though.

A few more images of the Black Pearl.