Few months back, we reported that the 2015 Skoda Fabia launch in Europe in October this year. This news came from a press release by VW Group owned Czech automaker. The 2015 Skoda Fabia will replace the current model and is expected to come to India early next year.

Skoda is running on schedule to launch the next generation Fabia as almost production ready test mule with minimal camouflage was spotted on European markets. The next generation shares its design cues from its recently launched siblings, Octavia and Rapid, shedding off the cute and cuddly look that the current generation carries. 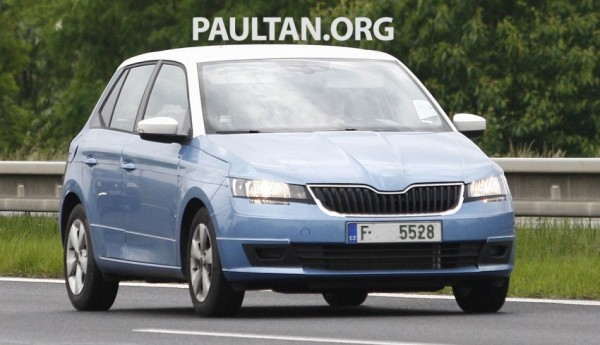 Bad news for performance hungry audience is that the next gen 2015 Skoda Fabia would not have the high performance vRS variant due to lack of demand.

The third-generation Skoda Fabia will most likely make its world premiere at the Paris Motor Show in October ahead of its market introduction at the end of the year.

Skoda Fabia will be a crucial product for the company in India as this is the only vehicle that the Czech automaker in that segment.

Stay tuned into Motoroids for more updates on the 2015 Skoda Fabia as and when they arrive. Do share your comments on this upcoming vehicle.